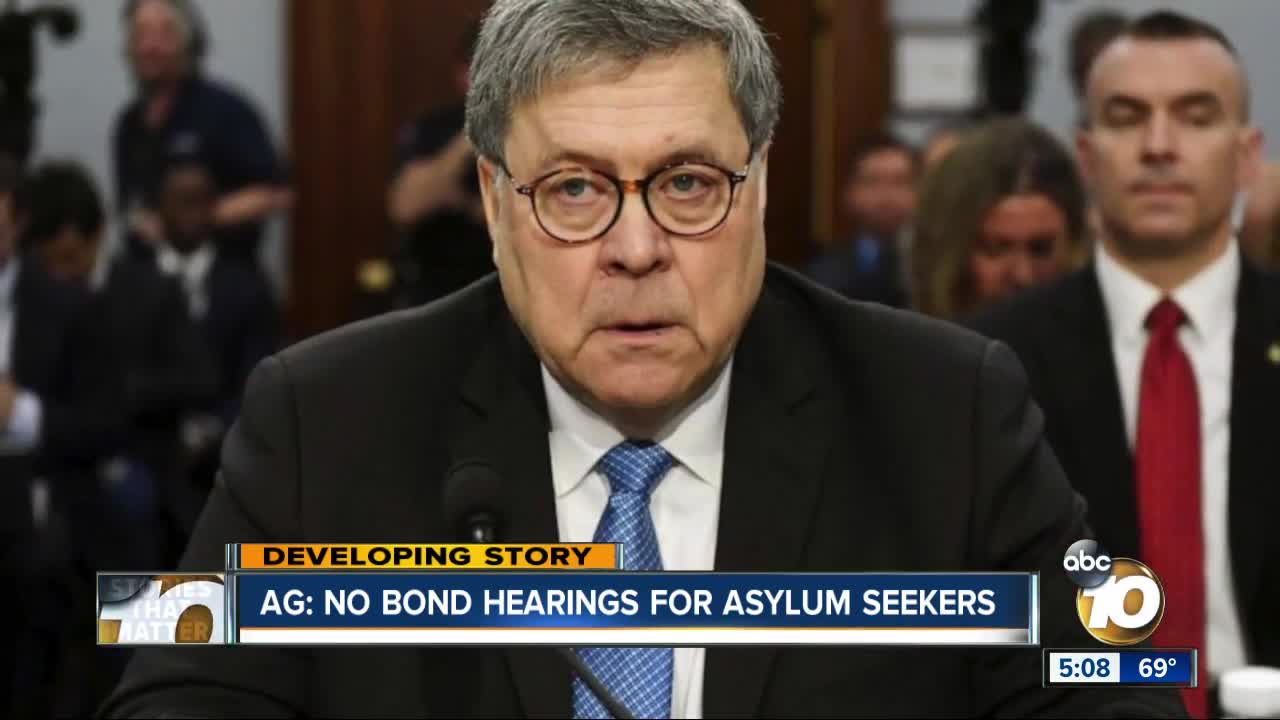 SAN DIEGO (KGTV) - The Trump administration’s latest effort to keep asylum seekers out of America is being met with opposition.

The ruling does not go into effect for another 3 months and Barr himself noted it will have a "significant impact" on the already overcrowded detention centers.

“A person can be detained indefinitely," said immigration attorney Edward Orendain. "This is just another attempt by this administration to make things more difficult for those seeking asylum.”

The Department of Homeland Security acknowledged overcrowding many of their detention centers along the border earlier this month and requested the 90-day delay after Barr’s ruling on Tuesday.

“It’s only a call to build more detention centers,” said Benjamin Prado with American Friends Service Committee. “Those contracts go to a private prison corporations that make huge amount of profits on the detention of people, off the ‘warehousing’ of individuals.”

Barr’s ruling is expected to be challenged in court.

10News has reached to Immigration and Customs Enforcement on how this would affect their centers in San Diego.