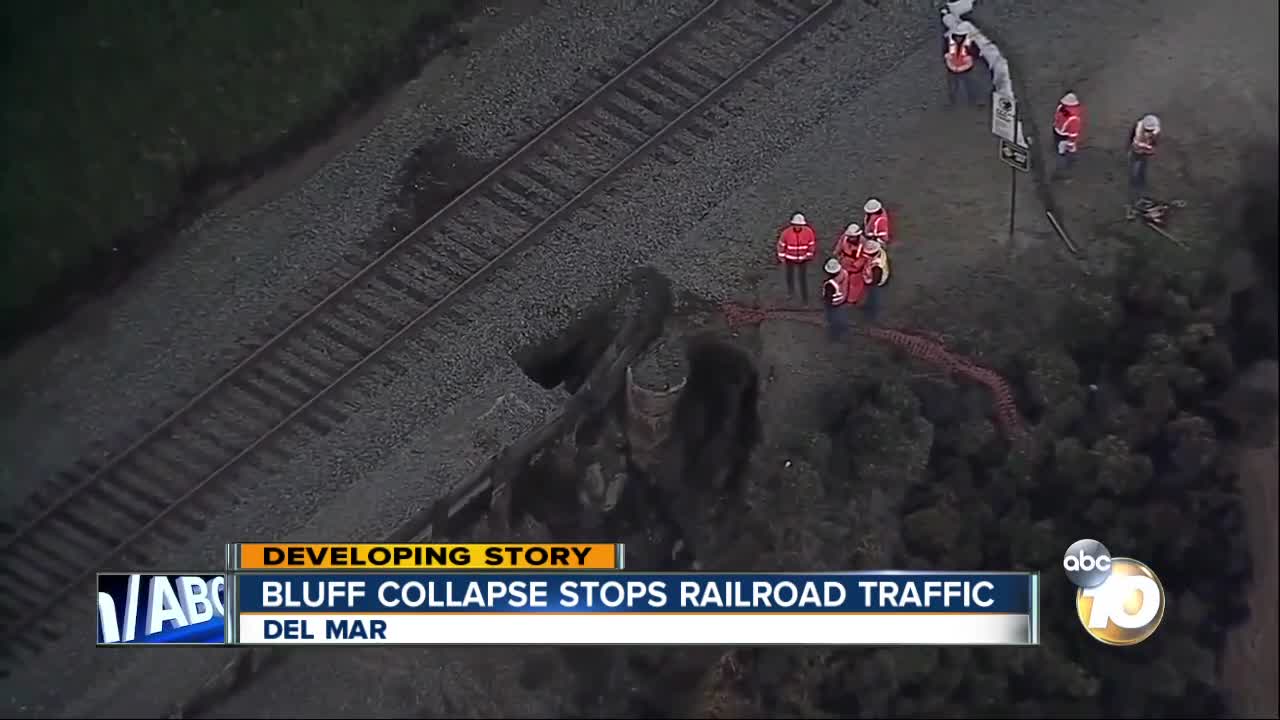 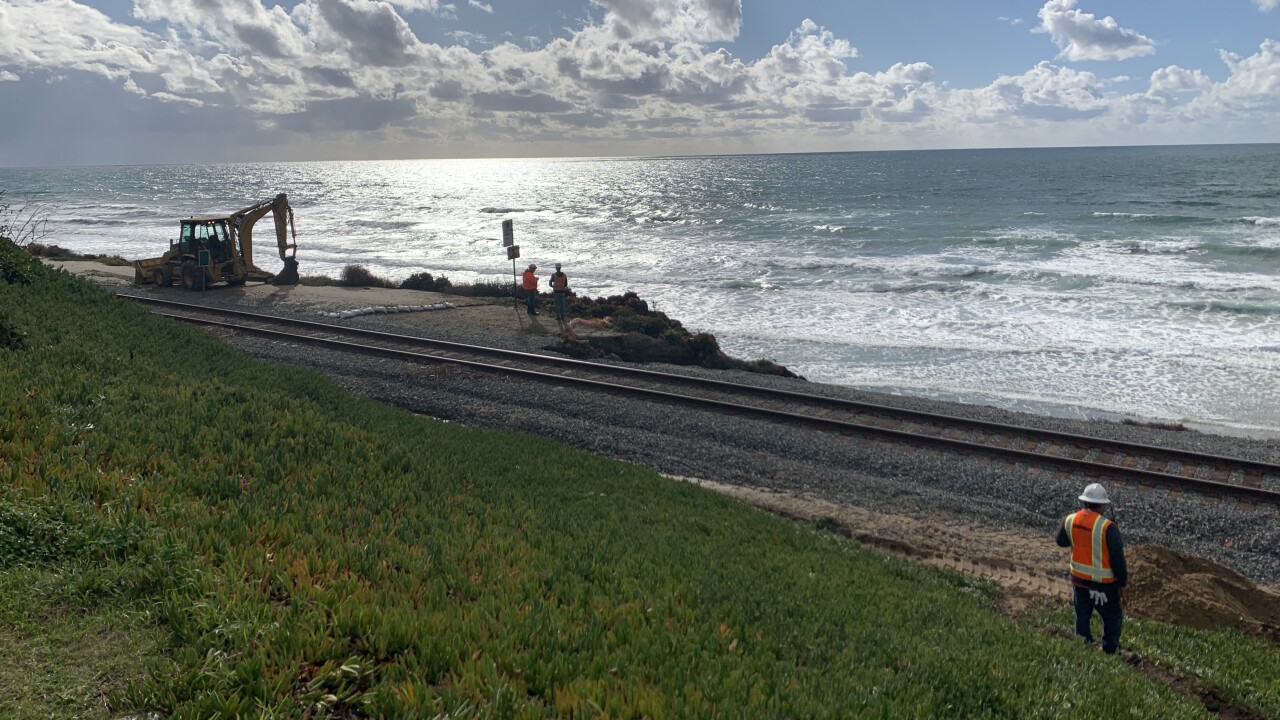 DEL MAR, Calif. (KGTV) - Holiday travelers hit a snag getting home from San Diego when all trains from Downtown to Oceanside were canceled Saturday while crews worked to reinforce a Del Mar cliff-side after it collapsed Friday.

Sky10 flew over the affected area Friday, capturing a portion of cliff-side hollowed out feet away from train tracks near 13th Street.

Amtrak posted a bus bridge was used from 6 a.m. Saturday to 4 a.m. Sunday due to "unscheduled track work."

This left travelers stressed out and frustrated. 10News saw one woman crying in the Santa Fe Depot, concerned about getting home. Two men were so desperate Saturday afternoon they ordered a Lyft to get to Los Angeles.

Crews put in metal plates and back-filled with a concrete slurry, reinforcing the cliff and tracks on top. They were confident it would be a long-time fix.

"It doesn’t seem like a safe thing, it seems like it should be moved, someone said you can’t stop Mother Nature," passenger Justice Drake said. He was in town from Oceanside, visiting his mother in El Cajon for Thanksgiving.

"People are frustrated, but I feel like don’t get frustrated with the people at the desk because it’s not their fault," passenger Lauren Cono said at the depot. She was trying to get home to San Francisco.

"So the plan is right now I think there’s a flight I can get for $350 one way or tomorrow $800 one way... I’m taking the cheaper option so I know there’s going to be complications but there’s not enough options," she said, wishing California had a bullet train.

Now she's thinking twice about riding in the future, "I already have a flight booked for Christmas down here because it’s easier, but it’s too bad because I wish we had a better railroad system."

Multiple passengers told 10News the trains are sold out for the rest of the weekend so they couldn't get back home before work on Monday.

One piece of good news, the work expected to start 6 a.m. and continue until midnight, wrapped up early. Crews left around 6:30 p.m. Saturday, leaving neighbors with a quiet night.

Sunday service starting just before 5 a.m. is expected to be on time.