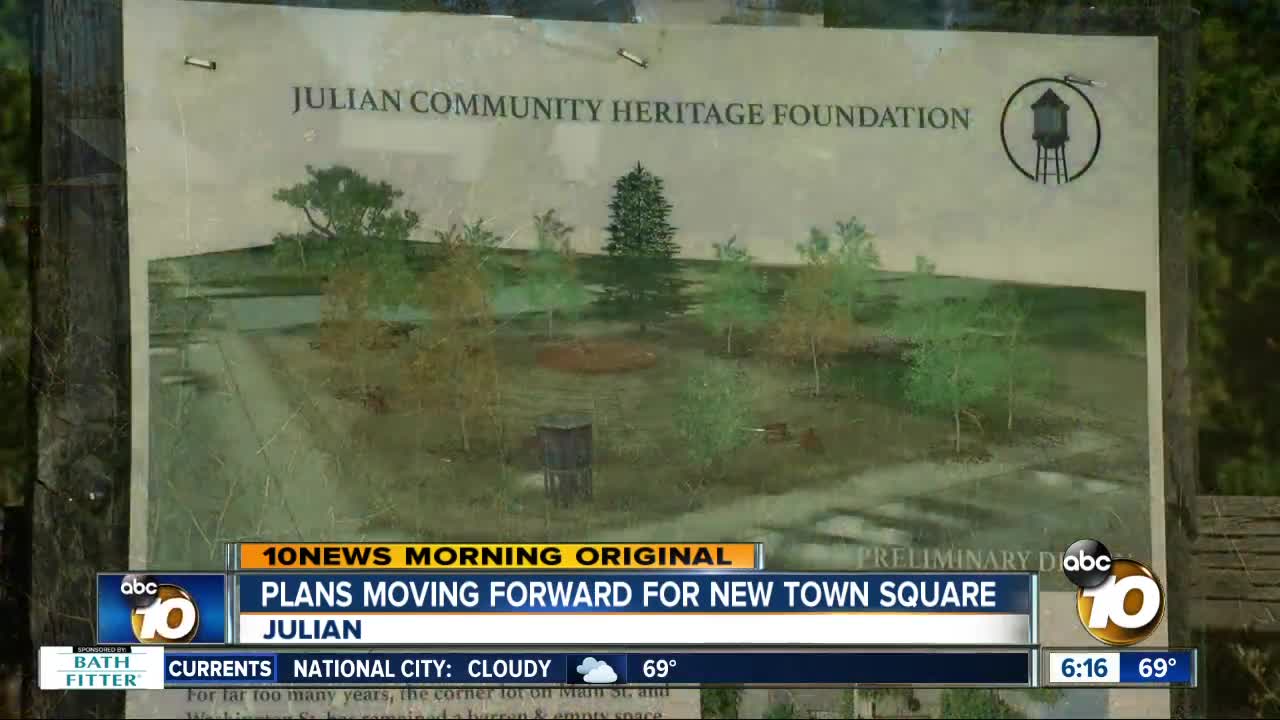 Members of the Julian Community Heritage Foundation are working to raise money for the Julian Town Square. They plan to turn an empty lot on Main Street into a focal point of their community. 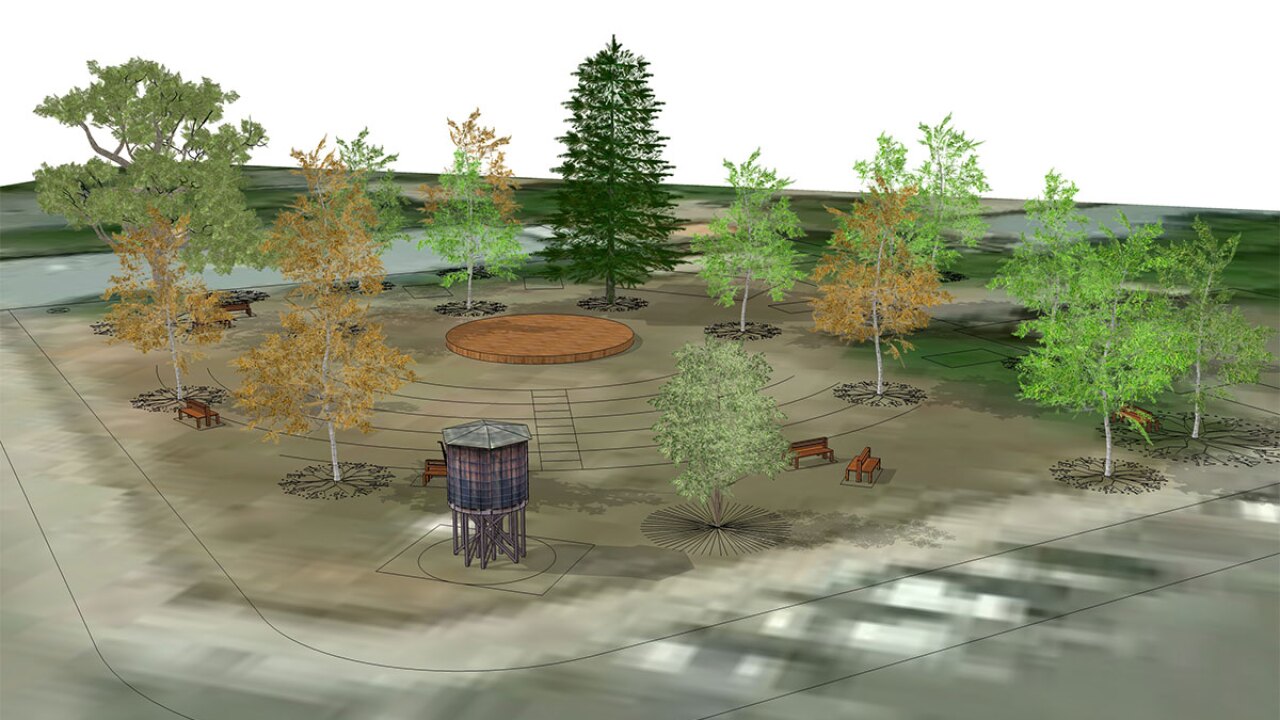 JULIAN, Calif. (KGTV) - Community leaders in Julian plan to turn a vacant lot into a Town Square, creating a new focal point for the city.

"I hope it becomes the center of our town," says Kim Simas, the Treasurer of the Julian Community Heritage Foundation.

They're working to raise money for the project, which they think will cost around $1 million. So far, donations have brought in close to $180,000.

"We would love it to be the heart of the town where people come together to congregate," says JCHF member Rami Abdel.

The square would be at the intersection of Main and Washington Street. Right now, the lot is vacant, covered with weeds and surrounded by a dilapidated fence.

In the past, the lot had been the home of the community market. It was also a Chevron gas station.

That gas station was found to be leaking gasoline into the community water supply in the 1980s and was subsequently shut down.

Just a few years ago, the County cleared the site for development. A family in San Clemente owns the lot, and members of the Foundation say they're ready to sell it and support the idea of building a Town Square on the parcel.

"It's a space I think we can do more with," says Abdel. "It's a space that can benefit the community in so many ways."

The Foundation hopes a new town square will serve as a meeting place for community events. They also hope it will encourage tourists to spend more time in Julian.

The project already has the support of the County Board of Supervisors. Organizers hope the board will award the project money from the Park Land Dedication Ordinance. The Julian Planning Group and the Julian Architectural Review Board have also approved the project.

Now, the Foundation hopes community members and tourists will chip in to cover the rest of the cost.

They've set up a GoFundMe page for donation. They also have a link to donate on their website, juliantownsquare.com.