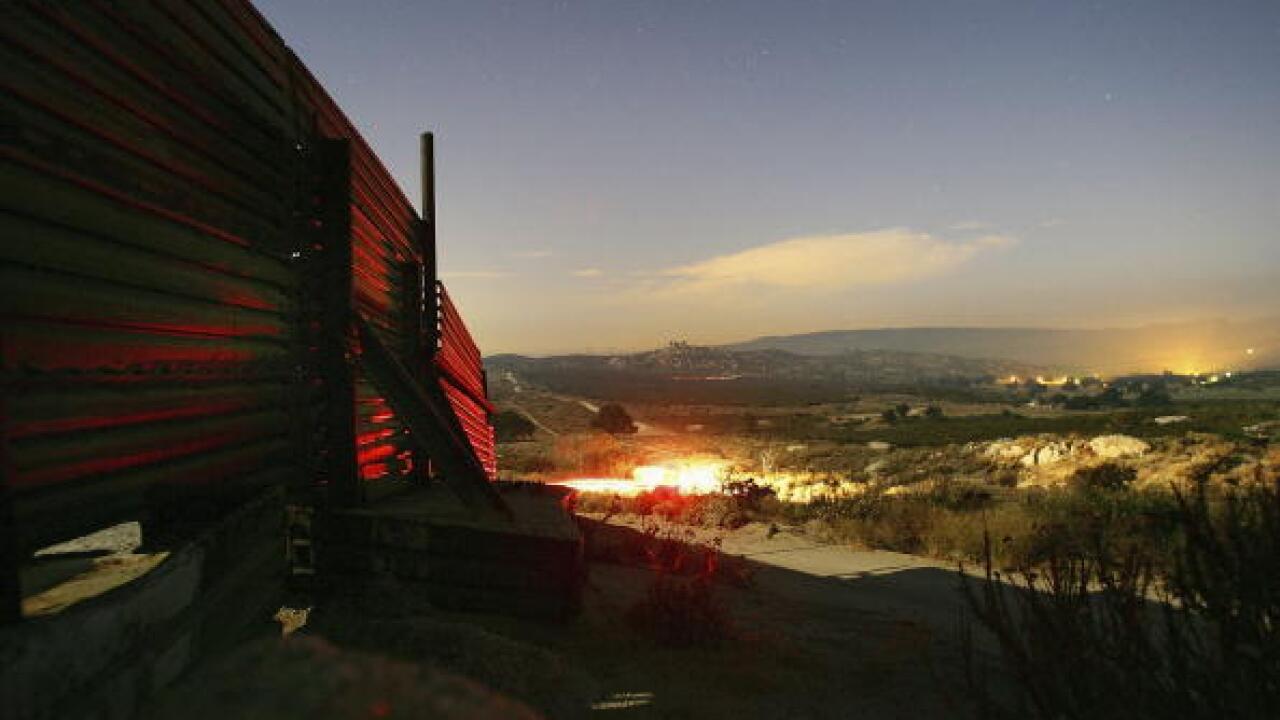 David McNew/Getty Images
CAMPO, CA - JULY 20: Red taillights of a passing vehicle shine on the US-Mexico border fence in the moonlight as nightly patrols by citizen volunteers searching for people crossing into the US illegally from Mexico take place in the early morning hours of July 20, 2005 near Campo, California in eastern San Diego County. The California Border Watch, members of the Arizona Minutemen, and other volunteers carry guns for self-defense and phone the US Border Patrol to report any illegal immigrants they find. They are shadowed by migrant activist protesters opposed to their actions who have been taunting them at regular intervals day and night. The new patrols come as the U.S. Congress considers immigration policy and how to treat the estimated 11 million illegal immigrants already in the United States. (Photo by David McNew/Getty Images)

SAN DIEGO (KGTV) - A two-year-old girl found strapped to the chest of an immigrant teenager is in the custody of Immigrations and Customs Enforcement officials, the U.S. Border Patrol said Monday.

The girl was part of a group of six undocumented immigrants found traveling near Campo Nov. 27, officials said.

The 17-year-old boy who was carrying the girl said she had been with her mother the previous night, but the mother became tired and asked the teen to hold her daughter. When the group separated, he could not locate the mother, he told Border Patrol officials.

Authorities are trying to reunite the girl with her mother.

The U.S. Border Patrol said it maintains a high level of vigilance in border zones to prevent the smuggling of humans, drugs, and other contraband.