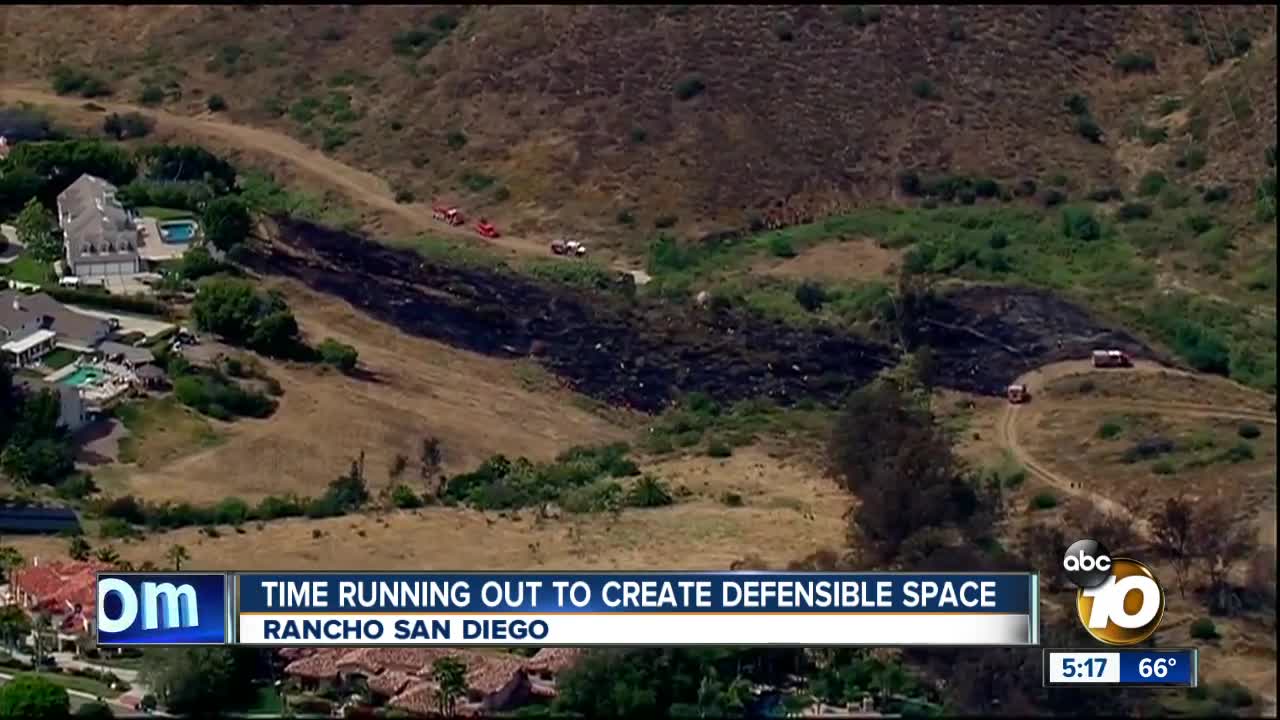 Firefighters say time is running out to create defensible space after seeing the new wildfire outlook for San Diego. 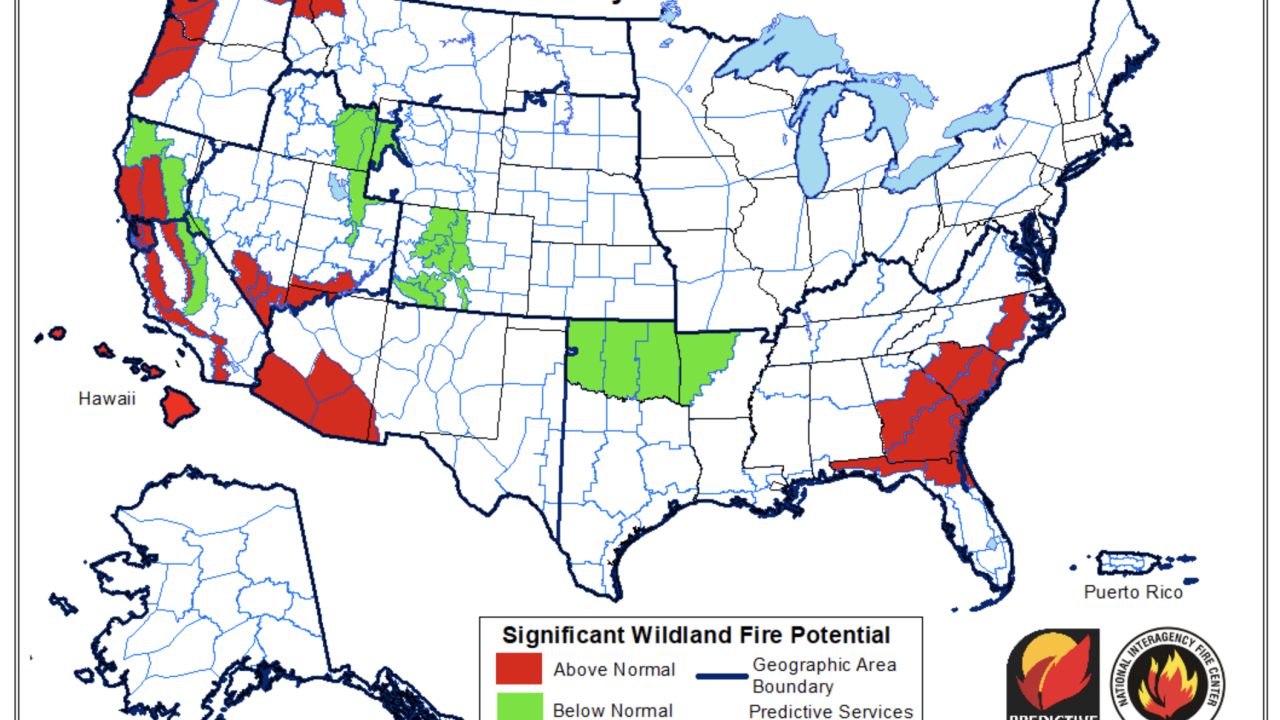 The maps show San Diego with an above average wildfire potential that increases from June through August and starts to wane slightly in September.

Shoots said the agency can't do anything about the topography or weather, but every neighbor can do their part reducing fuel, especially around their home.

RELATED: How to prepare defensible space around your home

"A grass fire can run a lot faster and spread faster which means our resources are spread out quicker, and then that means it has the heat and momentum to build up to the bigger fuels," Shoots said.

Just down the road, a neighbor had landscapers pruning her yard.

"I think it's very important to have this done...helps the whole neighborhood," said the woman named Gene.

Cal Fire said the best time to get the landscaping work done is before 10 a.m. and after 4 p.m.

"It's starting to get to the point where it's too late; we need you to clear while we have the chance," Shoots said, referring to hot weather making these incidents more likely.

"Definitely, they've got a lot of work ahead of them, I think," Gene said.