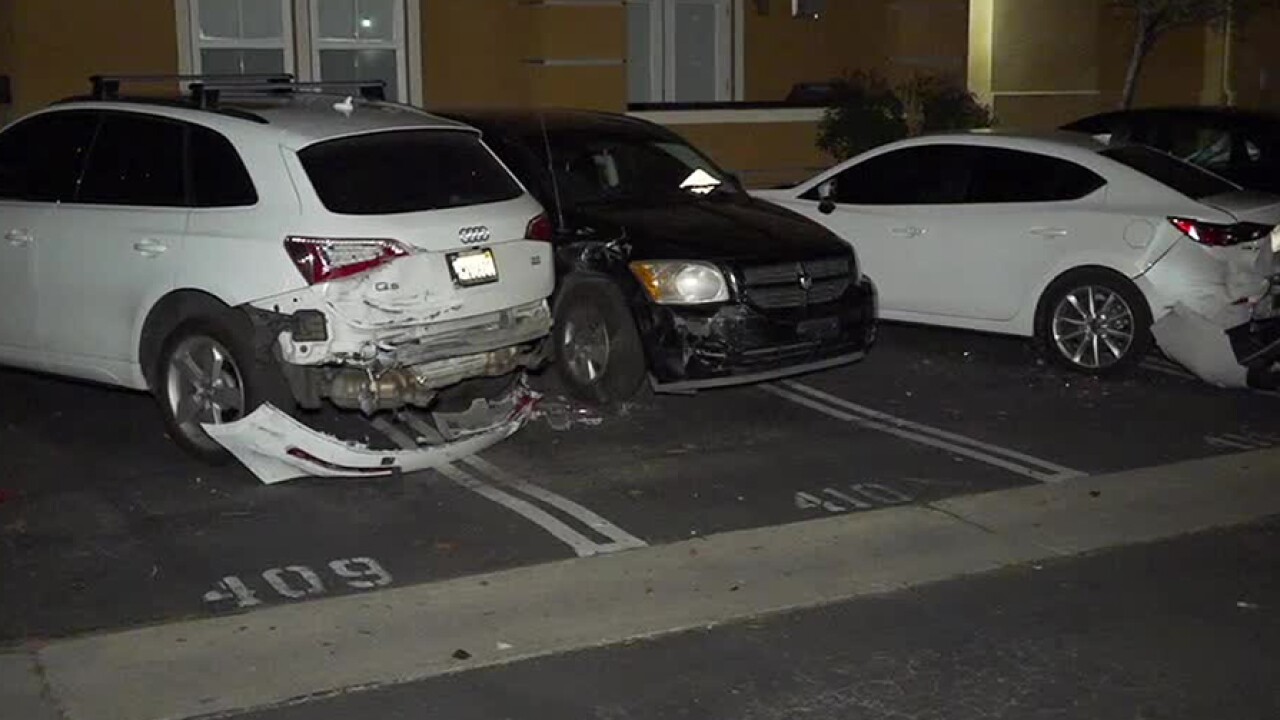 SAN MARCOS, Calif. (KGTV) -- A driver suspected of DUI was arrested Thursday morning after he allegedly slammed his SUV into several parked vehicles at a San Marcos apartment complex and then ran away.

Witnesses told 10News that they saw an SUV driving through a complex parking lot and then hit numerous parked vehicles.

After briefly stalling, the SUV restarted and then hit several more vehicles before becoming disabled.

Witnesses, including one resident who was recording on cell phone video, saw the driver get out of the SUV and run into an apartment unit that was believed to be his home.

With help from witnesses, deputies tracked down the driver in a parking lot and took him into custody.

The driver, later identified by sheriff's officials as 33-year-old David Lopez, was arrested on suspicion of DUI and 11 charges of misdemeanor hit-and-run.

No injuries were reported, but 11 parked vehicles were damaged in the incident.