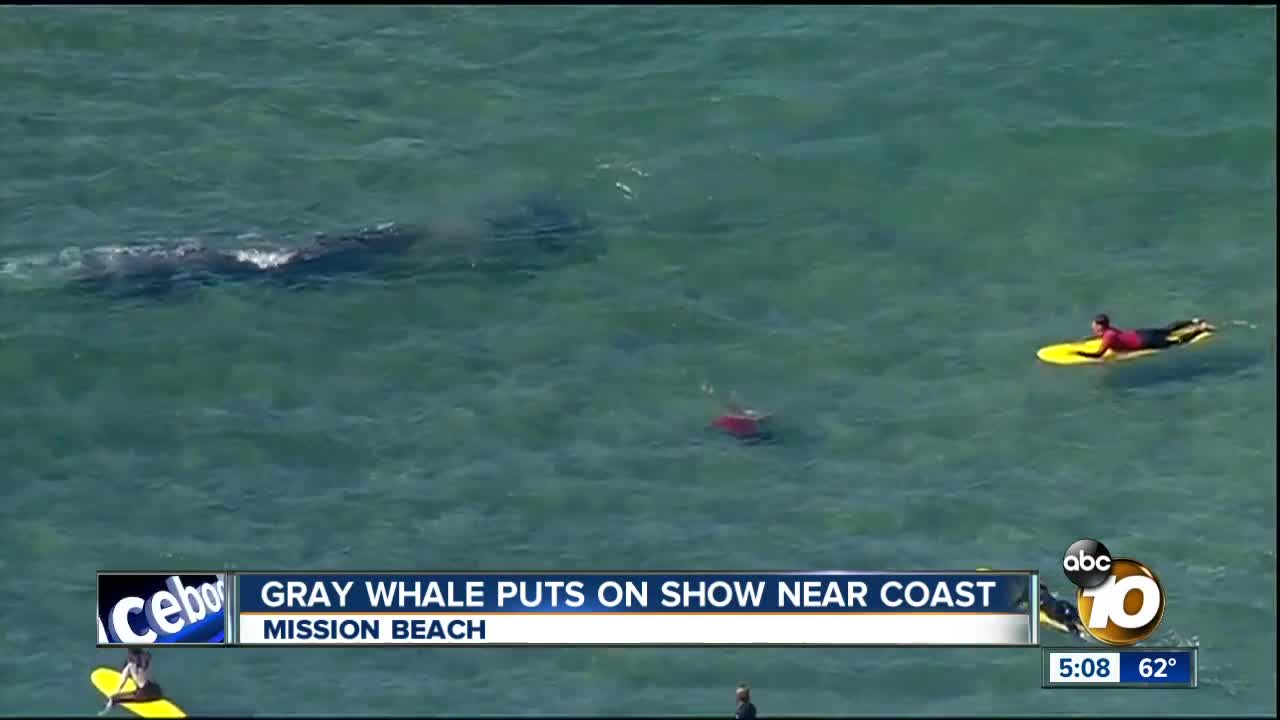 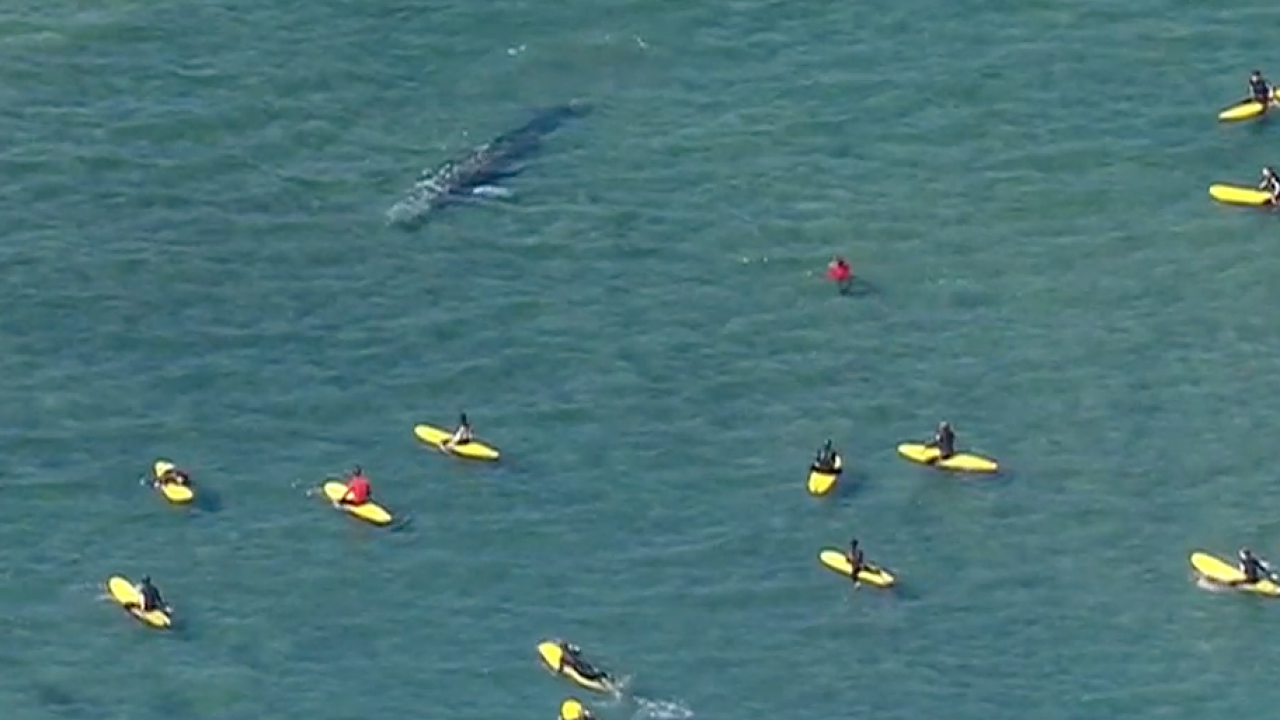 SAN DIEGO (KGTV) - A gray whale spotted frolicking in shallow waters attracted dolphins and a crowd of swimmers and surfers in the ocean off Mission Beach Wednesday.

Lifeguards got a call about the whale possible tangled in fishing line about noon, an official said. A lifeguard who swam toward the whale to investigate determined it was free.

The gray whale was young, possibly a year and a half old, whale watcher and photographer Domenic Biagini told 10News.

Gray whales are starting to migrate north from Mexico during the spring. There is a good chance San Diegans will see more mothers and juvenile whales closer to shore, Biagini says, because the shallow waters keep the whales safe from orcas.

"It's some of the most exciting times for us as professional whale watchers to see these animals, but it's also when we see the most conflicts with these animals coming in with people," said Biagini.

Sky10 was above the whale as a group of surfers and swimmers approached it near Mission Beach, coming close to the giant mammal.

Biagini warns that can be extremely dangerous for humans and can also stress the animal.

"These gray whales, despite not being the largest of the great whales we see out here, they can still get 50 feet long and weigh up to 80,000 pounds, so you're talking very large animals. All it takes is one flick of the tail and you have a catastrophic accident. And moms are naturally protective of their young," said Biagini.

The National Atmospheric and Oceanographic Administration adopted in 2011 new regulations under the Marine Mammal Protection Act and Endangered Species Act to encourage the public to ‘be whale wise.’

The NOAA guidelines include:

BE CAUTIOUS, COURTEOUS and QUIET when around areas of known or suspected marine wildlife activity, in the water or at haul-outs and bird colonies on land. Especially from May to September during breeding, nesting and seal pupping seasons.

LOOK in all directions before planning your approach or departure from viewing wildlife.

SLOW DOWN: reduce speed to less than 7 knots when within 400 yards of the nearest marine mammal and reduce your engine’s noise and vessel’s wake.

ALWAYS approach and depart from the side, moving parallel to their direction of the animal’s travel. If the animal(s) are approaching you, cautiously move out of the way and avoid abrupt course changes. DO NOT approach from the front or from behind.

IF your vessel is not in compliance with the 100 yards approach guideline (#1), place engine in neutral and allow animals to pass.

PAY ATTENTION and move away, slowly and cautiously at the first sign of disturbance or agitation from any animal.

STAY on the OFFSHORE side of the whales when traveling close to shore.

ALWAYS avoid going through groups of porpoises or dolphins and hold course and reduce speed gradually to discourage bow or stern-riding.

LIMIT your viewing time to 30 minutes or less. This will reduce the cumulative impact of all vessels and give consideration to other viewers.

DO NOT disturb, swim with, move, feed or touch any marine wildlife. If you are concerned about a potentially sick, stranded animal, or entangled animal, contact your local stranding network.