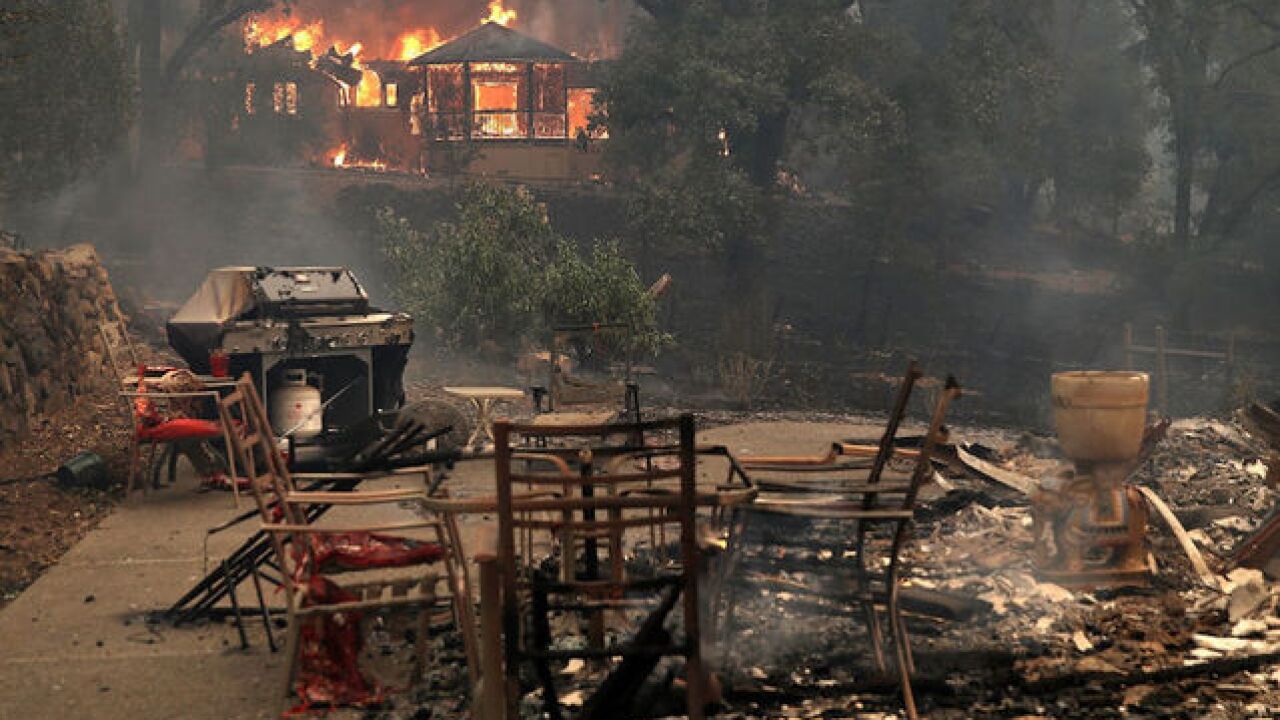 Copyright Getty Images
Justin Sullivan
Fire consumes a home as out of control wildfires move through the area on October 9, 2017 in Glen Ellen, California. Tens of thousands of acres and dozens of homes and businesses have burned in widespread wildfires that are burning in Napa and Sonoma counties. (Photo by Justin Sullivan/Getty Images)

Supervisors Jim Desmond and Dianne Jacob proposed the changes to the building codes, which she said will make the county "a model for fire protection'' in California and save lives.

"It's not a matter of if, but when, when the next major wildfire hits this region,'' Jacob said. The last two major blazes in San Diego, in 2003 and 2007, took the lives of 17 people and numerous animals, and caused billions of dollars in damage.

No one in the audience spoke for or against the proposed requirements prior to the supervisors' unanimous vote. A final reading of the ordinance, under county policy, will take place at the board's Jan. 29 meeting.

-- improved construction for roofs, foundations and gabled-door vents on structures, reducing the potential for embers to enter vents and ignite a fire. This requirement is estimated to cost an additional $300 for a 2,400- square-foot home;
-- that eave vents remained closed, with no additional costs to the homeowner; and
-- flame- and ember-resistant (or treated) exterior walls.

Last March, the board directed Chief Administrative Officer Helen Robbins-Meyer to develop a plan that would strengthen wildfire resiliency in new homes in moderate- to high-fire areas in the unincorporated communities.