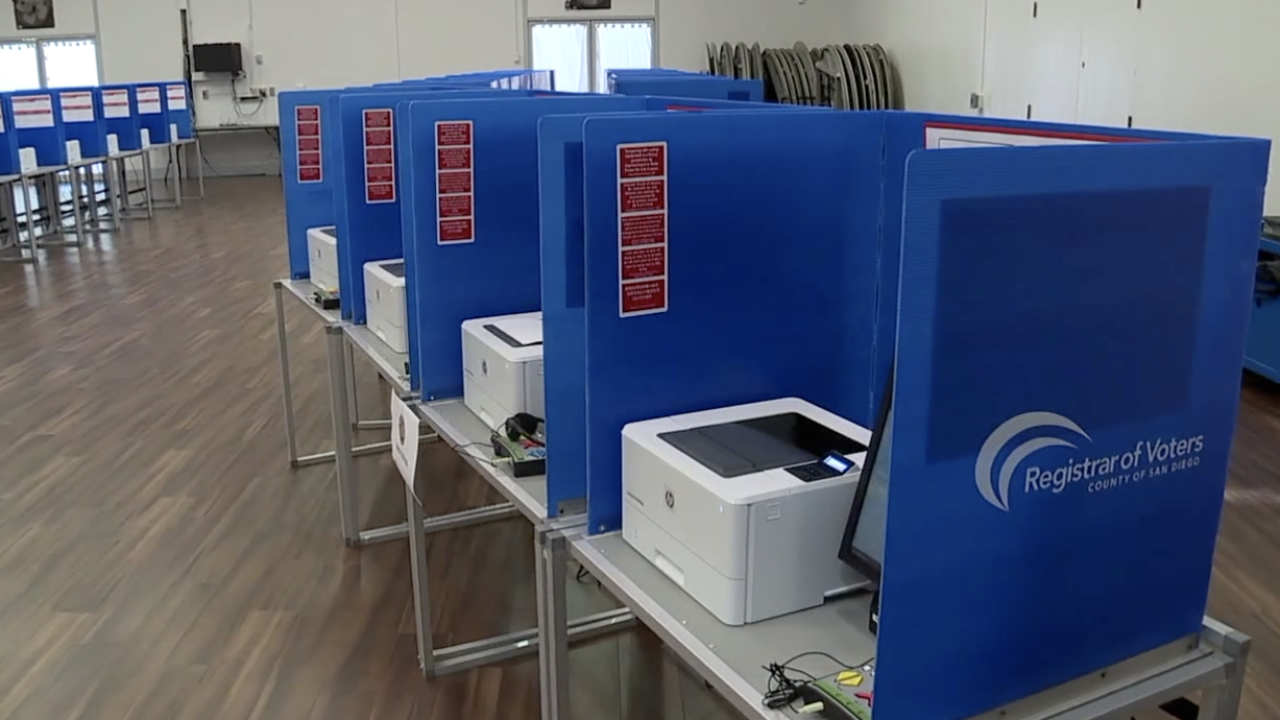 SAN DIEGO (KGTV)- COVID-19 is causing some changes for voters in San Diego county. Your usual polling location may not be active for the November elections.

“Because of the pandemic, it has created a level of uncertainty in our universe,” says Registrar of Voter Michael Vu.

Vu says to ensure physical distancing the county has consolidated the 1,600 small voting precincts into 235 super poll locations for voters to cast their ballots.

“We just want to make sure everyone does it in a safe and healthy way.”

Vu says they will be expanding the technology at each site with the ballot marking machines introduced during the primary elections back in March.

“There will be, on average, 7 of those ballot marking devices per super polls location,” says Vu. “But we will also be having a number of voting booths because we will have pre-printed paper ballots for voters.”

To help with social distancing and the influx of voters, there will be seven different check-in stations at each site to move people along.

On Thursday, the Registrar of Voters office will be sending out sample ballots and voter information pamphlets. Those packets will contain each voter’s designated super poll location.

The super poll locations will be open for voting starting October 31st.

Michael Vu says the mail-in ballots will be sent out on October 5th.