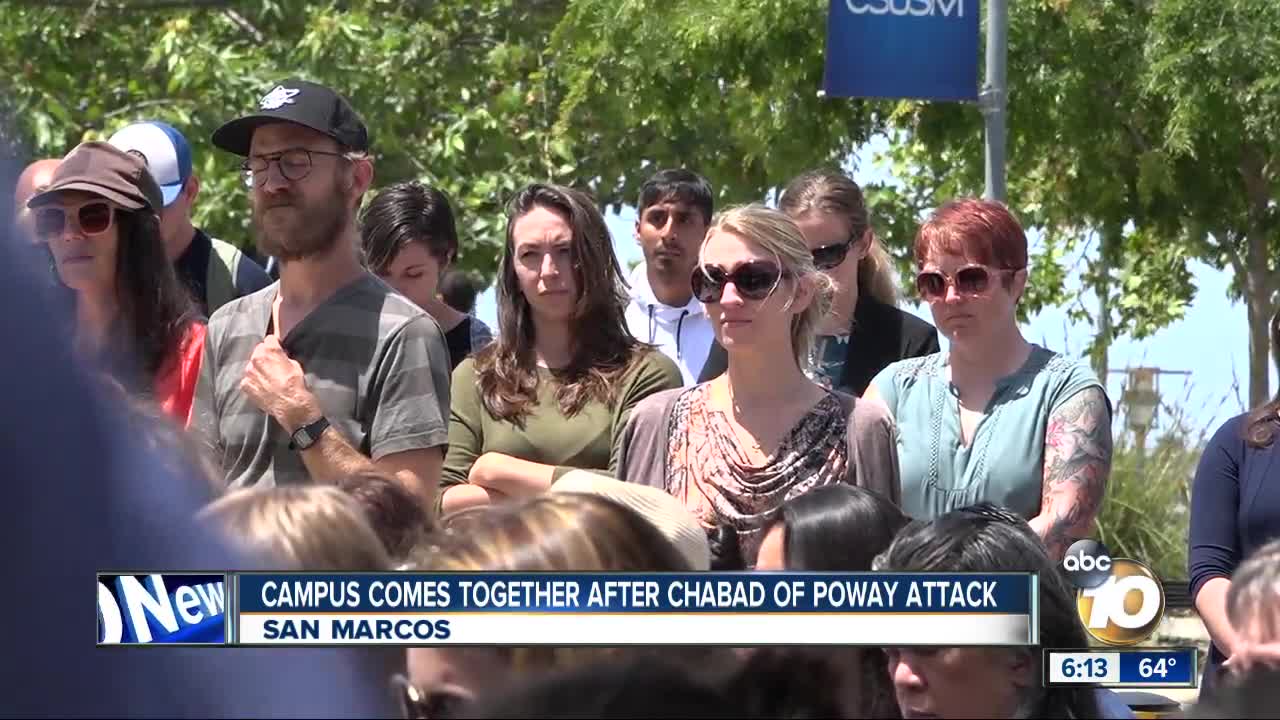 Students and faculty at Cal State San Marcos came together Wednesday in the aftermath of the attack on Chabad of Poway. 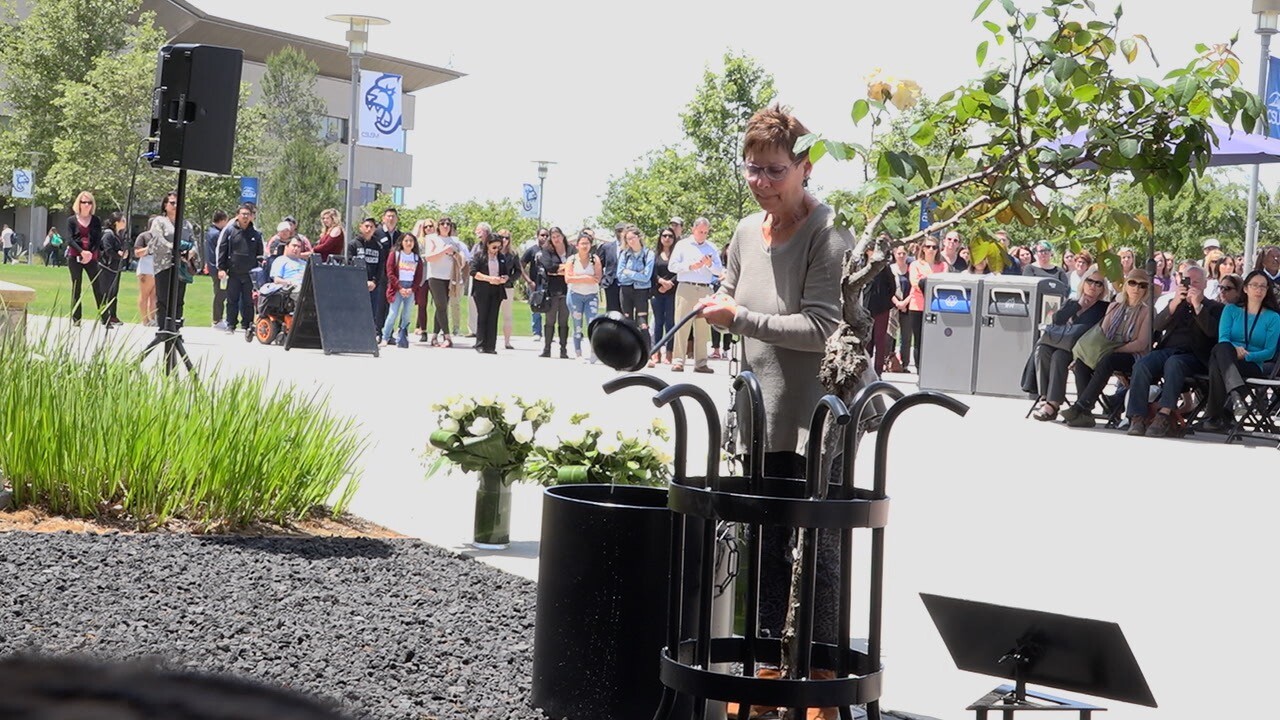 Joe-Joe McManus looked out over the standing room only crowd.

He saw hundreds - spending their lunch hour at Cal State San Marcos - listening to what he had to say.

"I see beautiful faces from across our campus and community," McManus said. "It makes me feel good."

McManus, a university administrator who is Jewish, was one of about 10 speakers who took the mic at a ceremony in the middle of campus Wednesday. The university planned it months before CSU San Marcos student John Earnest allegedly shot multiple congregants inside the Chabad in Poway, killing Lori Kaye, and taking two fingers from Rabbi Yisroel Goldstein.

The university planned the event to rededicate the White Rose memorial. The memorial honors the students that peacefully protested in Nazi Germany, and paid with their lives. The ceremony coincided with Yom HaShoah, Holocaust Memorial Day.

"They refused to be silent, even when they were afraid, and even when their lives were literally on the line," McManus said.

McManus says he understands people will eventually get back to their daily grinds - the news cycle will ultimately move on. So, he asked the gathering of about 200 to keep raising their voices by doing a Mitzvah, which is a good deed.

"This can be something big or small," McManus said. "What is important is that it's intentional and received as kindness."

McManus offered those good deeds in remembrance of the white rose, in celebration of shooting victim Lori Kaye, and love for all affected by Saturday's attack.