Students at SDSU, USD scramble to move out with 24-hour notice due to coronavirus

Most SDSU students must be out by 7 pm Wednesday 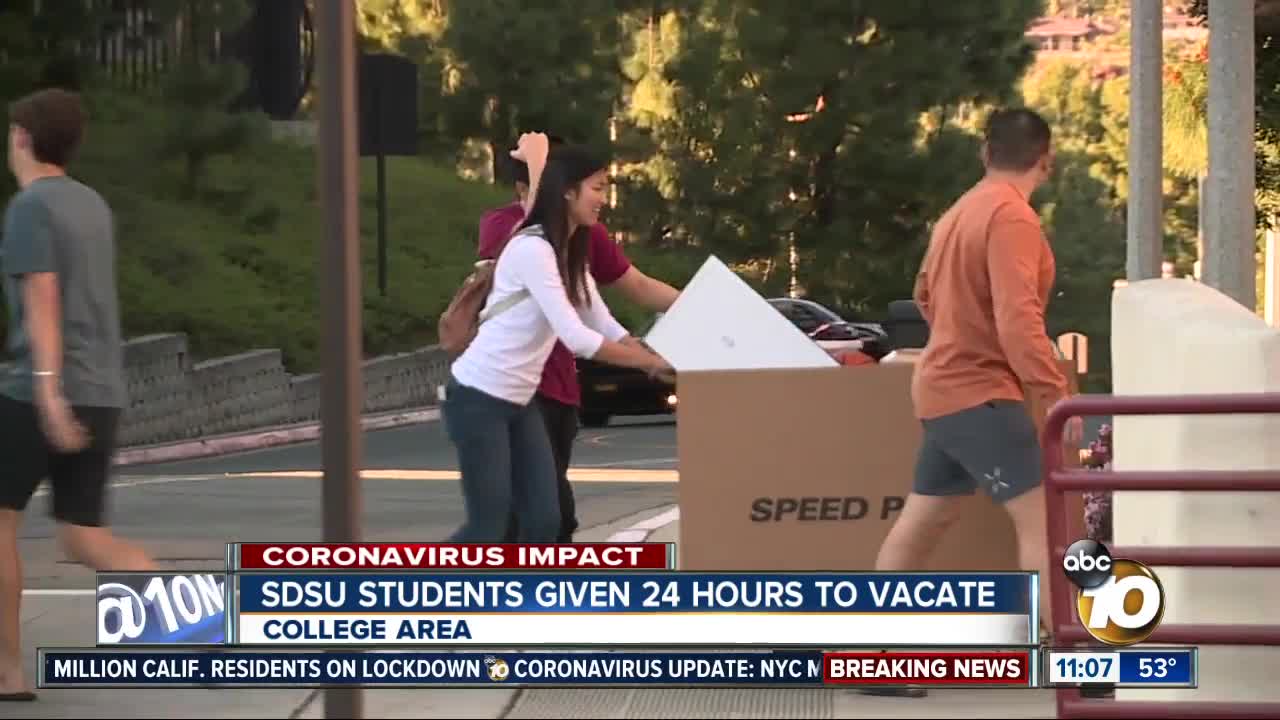 San Diego State and University of San Diego students scrambled to move out of campus housing amid the coronavirus spread.

SAN DIEGO (KGTV) -- Thousands of local college students scrambled Tuesday to pack up their belongings and make travel arrangements after San Diego State University and the University of San Diego informed students they had roughly 24 hours to vacate their dorms.

In a campus-wide email Tuesday, SDSU said students needed to move out by 7 p.m. Wednesday unless they had a hardship.

SDSU said it rapidly expedited its move-out plans after seven Bay Area counties instituted shelter-in-place orders to combat the coronavirus. The university said it was “anticipating that more cities will follow.”

“Everyone is shocked. This hasn’t really happened before so no one really knows how to deal with it,” said SDSU student Courtney Robinson.

Sophomore Samantha Horan added, “People are just scared and they’re trying to get home as quick as they can.”

The university said students with health or safety risks, those who could not return home, and students without an alternate residence could remain on campus.

Last week, SDSU had encouraged students to consider staying home after spring break. While some students said they anticipated the move-out order, others were caught off guard.

“I was planning on staying [during spring break] so I had nothing packed at all,” said student John Magee.

Magee was trying to decide which items to pack in his car for the drive to San Jose, and which to leave behind.

“If we leave anything, will it be tossed out? Or how will we get it?” he wondered.

The university said students could leave non-essential belongings behind “if absolutely necessary.”

“However, it cannot be determined at this time when you will be able to collect any left belongings,” SDSU said in a statement.

The university said students will receive a credit for any paid rent and unused meal plans.