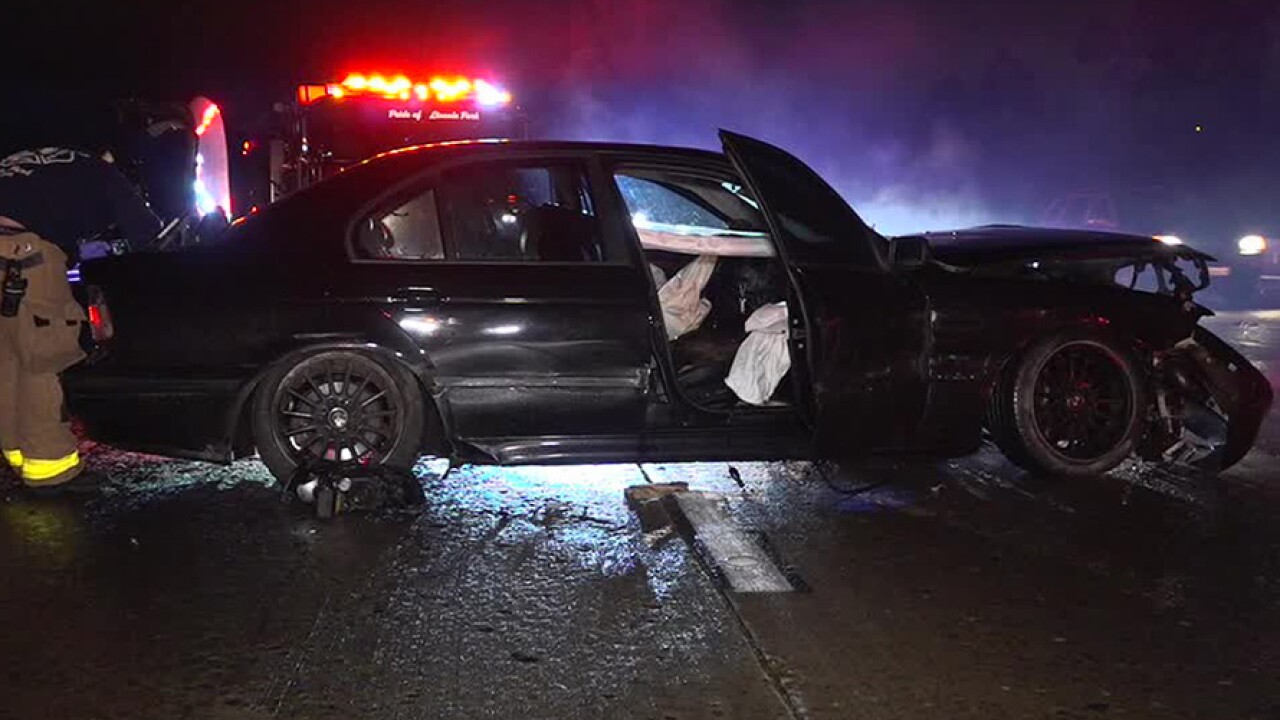 SAN DIEGO (KGTV) - A driver was taken to the hospital Wednesday after a crash on state Route 94 believed to have been caused by speeding and a wet roadway.

The crash was reported at around 2:40 a.m. on eastbound SR-94 near Federal Boulevard in the Emerald Hills area, according to the California Highway Patrol.

Witnesses told 10News they saw a black BMW traveling at speeds believed to be over 100 mph before it spun out, struck the center divider and then a guardrail on the right shoulder. Witnesses said the freeway lanes were slick due to overnight rainfall.

Emergency responders treated the driver at the scene before taking him to the hospital.

The driver is believed to have suffered minor injuries.

No other crashes or injuries related to the wreck were not reported.