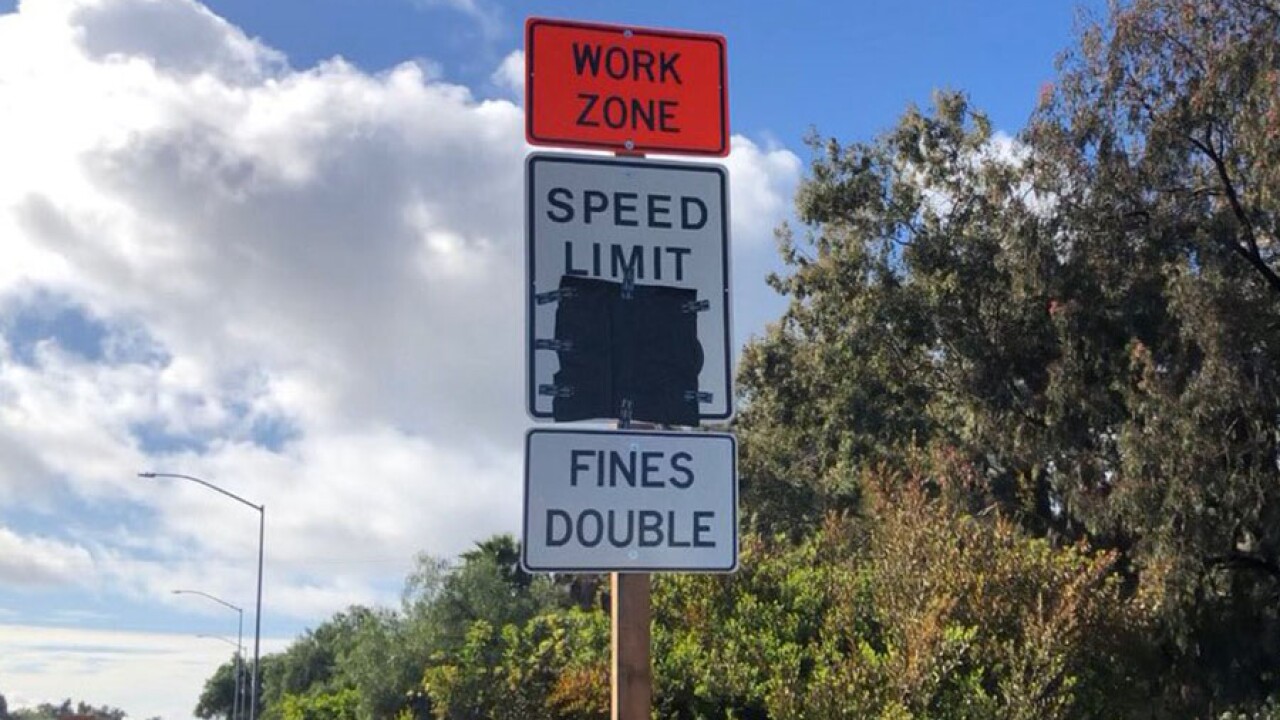 Caltrans said the speed limit between Manchester Avenue in Encinitas and Palomar Airport Road in Carlsbad will be dropped from 65 MPH to 55 MPH during the “Build NCC” construction project.

The speed limit reduction for the eight-mile stretch starts March 11 at midnight, Caltrans officials said, and it is “designed to increase the safety of the traveling public and highway workers during construction.”

Anyone who is caught speeding in the construction zone will receive a fine that is double the normal amount. Caltrans, California Highway Patrol, SANDAG and local leaders want drivers to be what they call “Work Zone Alert.”

“We’re building new carpool lanes from Solana Beach to Carlsbad,” said Alan Kosup, Caltrans’ I-5 Corridor Director. “We’ve re-striped the lanes, the lanes are narrower, shoulders are narrower, and we’ve added a new barrier in the middle. As a component of that we need people to slow down in the construction zone.”

Signs alerting drivers of the speed limit change will be placed at various locations along I-5, officials said.

According to Caltrans, Build NCC is “a collaboration between Caltrans and SANDAG, and part of the first phase of the comprehensive and integrated North Coast Corridor (NCC) Program.”