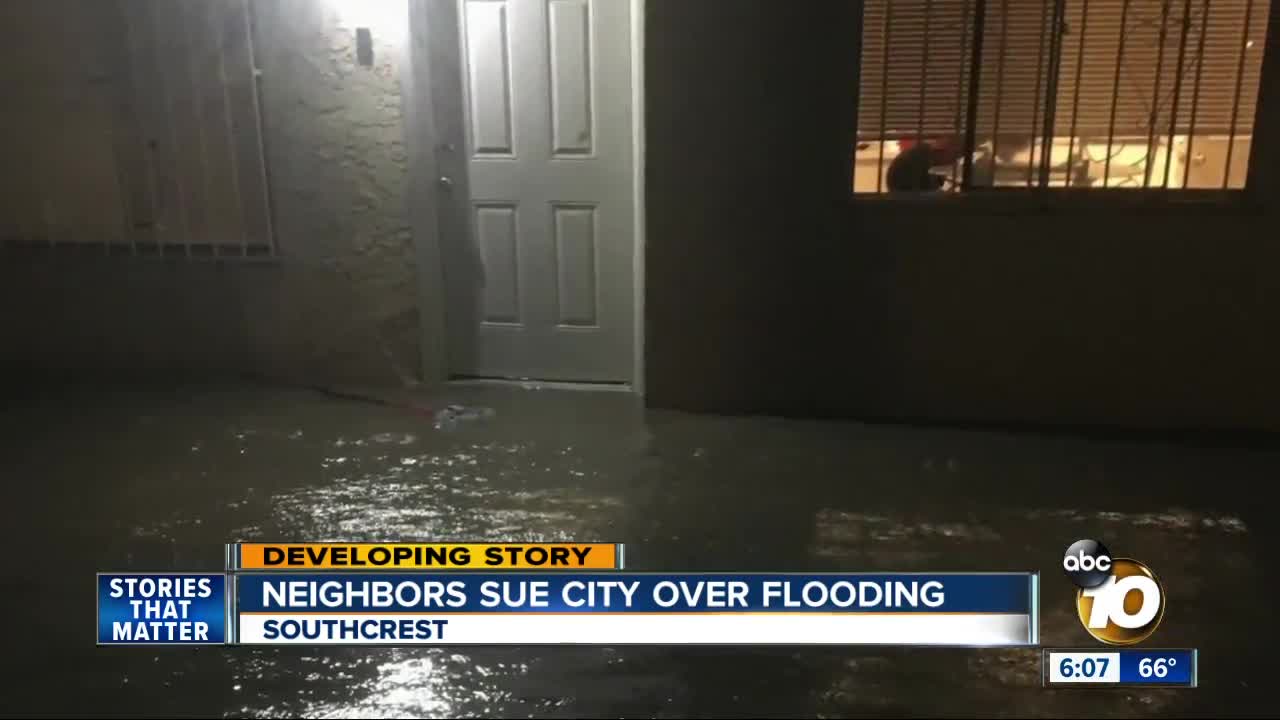 Southcrest neighbors banned together to file a lawsuit against the City of San Diego, claiming a city park was not designed to properly drain and therefore floods the neighborhood each time it rains. 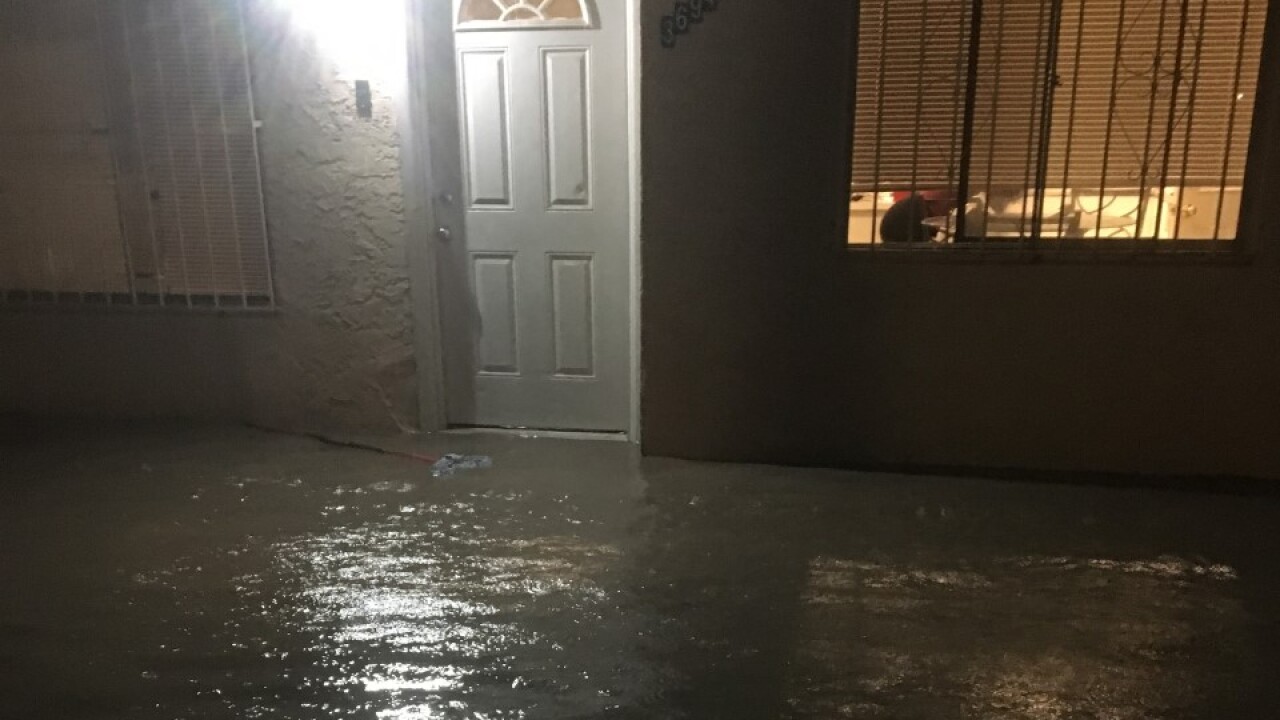 SAN DIEGO (KGTV) - Southcrest neighbors banned together to file a lawsuit against the City of San Diego, claiming a city park was not designed to properly drain and therefore floods the neighborhood each time it rains.

Last December was the breaking point for neighbors near Southcrest Trails Park, at S. 37th Street and a dirt road behind houses situated on Beta Street. They say feet of water flooded into their homes.

"This actually becomes a sinkhole, this area," said Greg Montoya, who is leading the charge with his hefty binder full of decades of documentation of the problem.

Montoya has pictures of his white pickup truck sunken rims-deep into his yard due to saturation.

The lawsuit describes it as "a 66-acre, 1.2-mile corridor in the Southcrest neighborhood of San Diego to construct Highway 252, which would connect Interstate 805 and lnterstates 5 and 15."

The project never materialized, Montoya says, because St. Jude, thinking of the school, put up a fight.

Montoya and other neighbors say there was not enough drainage put in, sending water running down the five-foot berm every time it rains.

A storm in December 2018 left many stranded, including Ricky Vasquez, who was trying to pick up his one-year-old son.

"Other cars were stuck in the middle of the street because the water was so high," said Vasquez.

Montoya was fed up.

"San Diego's America's Finest City for some but not for all because I've got documentation for over 30 years for asking for help for this situation that they've created and I'm just ignored," said Montoya.

He went to attorney Evan Walker, who said his team found one of the two storm drains at the park "is not connected to any sort of system despite the city's own plans to connect them to the system."

Montoya hopes the lawsuit causes the city to step up.

10News reached out to the City of San Diego who said they could not comment on ongoing litigation.