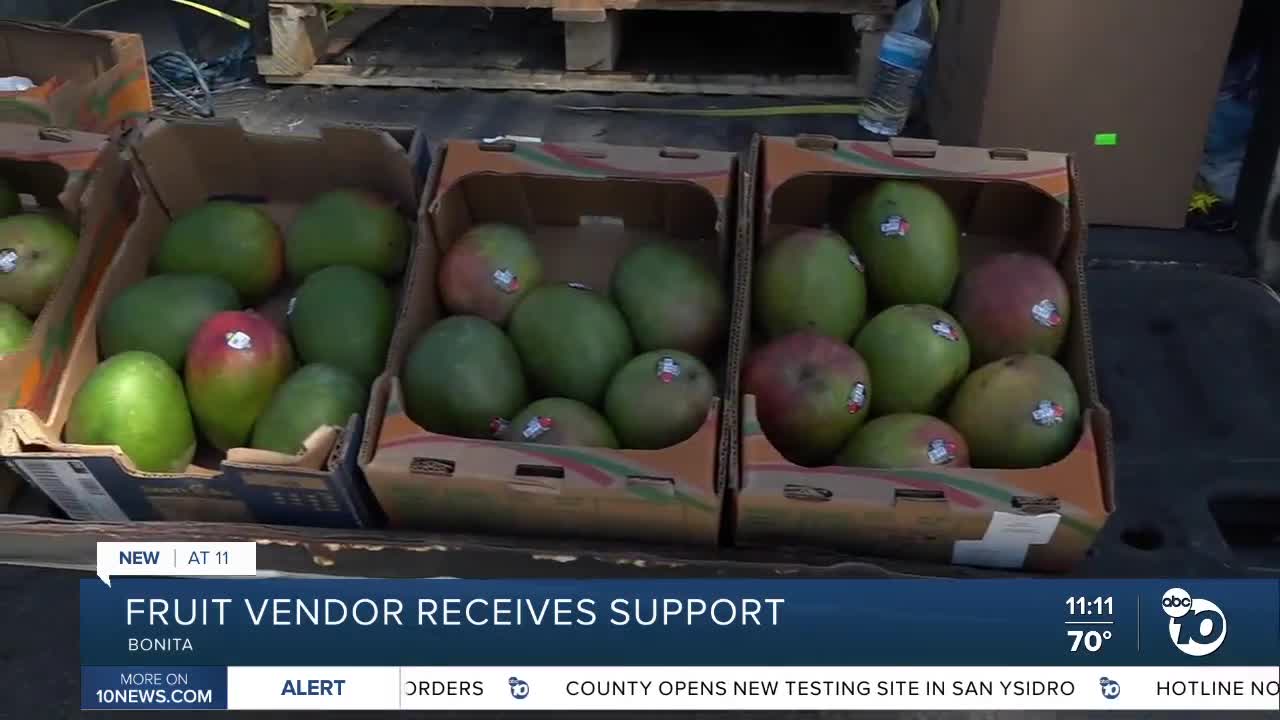 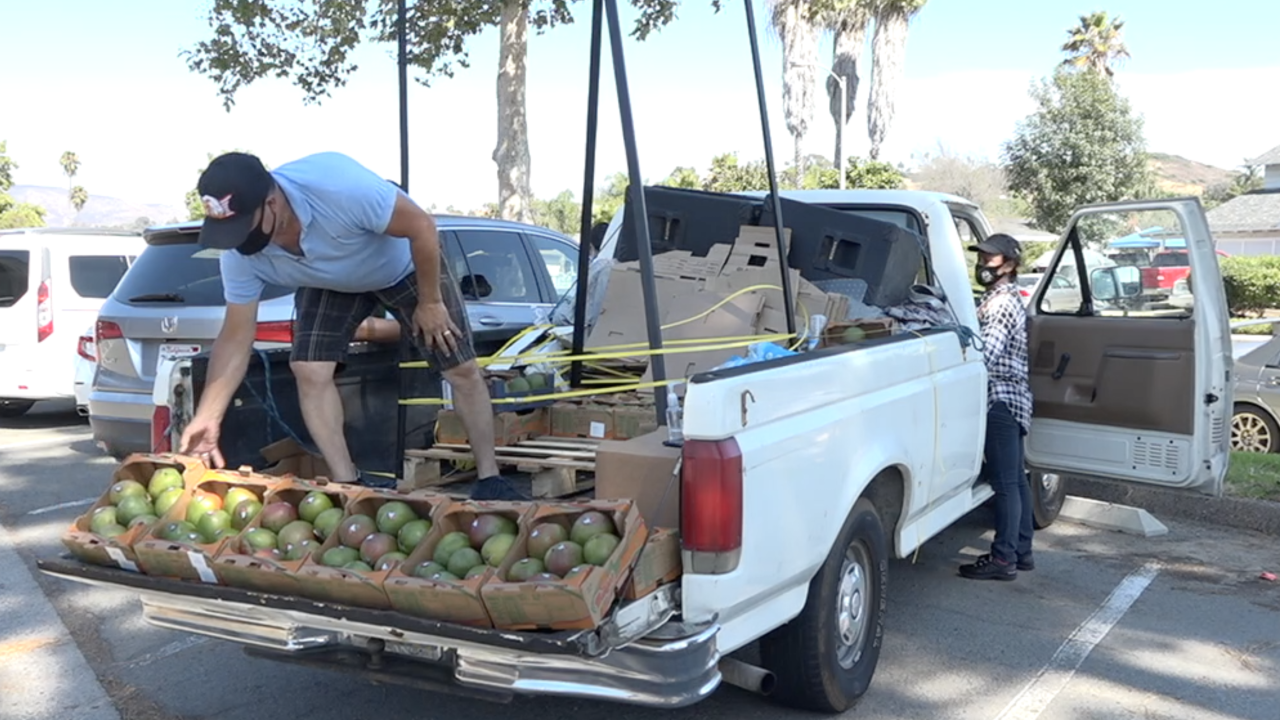 SAN DIEGO (KGTV) — The family of a beloved South Bay fruit vendor are outraged after an unidentified white female who they say has been hurling racial slurs towards the Latino man allegedly threatened acts of violence against him and his wife on Wednesday.

The woman has reportedly been harassing the vendor over the last several weeks. The woman escalated her verbal abuse to physical threats and allegedly brought someone along with her described as being "intimidating," the family says.

A Facebook live stream from a local business owner capturing himself reporting the incident to two San Diego County Sheriff's deputies says the vendor was confronted six or seven times throughout the day. In the video, the vendor is heard telling deputies that the woman threatened to "beat" him and his wife.

"Come and support him; we can't let this continue," Victor Lopez says in his broadcast.

The 51-year-old vendor, known by many South Bay locals as the “Mango Man,” and his wife have been selling cases of fresh produce in Bonita out of his truck. His family says it’s a job he's been doing for over a decade to help supplement his income.

"He's always been really good with the people, and people always supported him," says Cony Plata, the vendor's daughter-in-law.

Like many San Diegans scrambling to manage the pandemic, Gilberto is out of work. He stresses over paying bills and keeping his family under a roof.

Gilberto, who is often seen sporting a baseball cap emblazoned with an American flag and bald eagle, first came under attack by a small group of people several weeks ago. In the last few days, the group ratcheted up their racist insults with threats of violence, according to Cony.

Cony says her father-in-law stays positive for the family, but the xenophobia and verbal ambushing are adding unnecessary pressure.

"Lately, it's been harder for them because they get all these threats and harassment," says Cony. "They said they're going to beat them up … this lady said she's going to bring people.”

Gilberto, a soft-spoken man with an unassuming disposition, tells his family he's never experienced hatred of this kind.

"It's making them more nervous and scared because they don't know if these people are actually going to do something to them," she says.

Fears for his family's safety are made worse by the nagging feeling that people may be following Gilberto to his home. Cony says that his vehicle was broken into recently, and that a rope used to tie down his fruit crates was stolen out of his truck.

The rope has “never gone missing before until these incidences started happening," she says.

Videos, photos, and stories of these confrontations against the Mango Man have been quietly surfacing on social media over the last month.

La Toya Ventura was one of the first people to witness the confrontations. On Aug. 5, Ventura posted a 3-minute video recorded by her daughter to a community Facebook page purporting to show an older white female harassing the vendor.

"She’s still there after calling the police & threatening to call BP on him. If you’re in the area please stop by & buy a box. It’s $10," she wrote in the video's caption.

Word of the harassment spread quickly and loudly this week, garnering interest from numerous locals and business leaders pledging support for Gilberto.

Lopez is one of those supporters. He visited the fruit stand a week ago and witnessed the verbal threats on Gilberto and his wife. Lopez snapped photos and shared them on social media which moved the community into action.

"That same member who took photos happens to be a local restaurant owner, and bought 50 boxes of mangos! Mango Man sold out again!," wrote one Facebook user.

The outpouring of support has led to a fan page, and locals are posting photos with the Mango Man and his wife. Images show customers donning face coverings and posing with cases of fruit, uniformed servicemembers holding up their purchases, and families standing guard at his stand.

Photos are filling South Bay social pages daily and his produce is selling out everyday thanks in large part to the community's support.

"This kind of action demonstrates the human quality of the inhabitants of this community," reads one photo gallery caption on Facebook. "It is encouraging to know that there are more people who decide to support those who need it and generate common good by helping each other."

Cony and her husband are in Las Vegas managing their own struggle, she says. For her and her husband, it’s hard to see what’s happening to their family hundreds of miles away. Until she can get time off from work, she appreciates the support she sees posted on social media.

"Thank you for being there and letting it be known they're not alone."