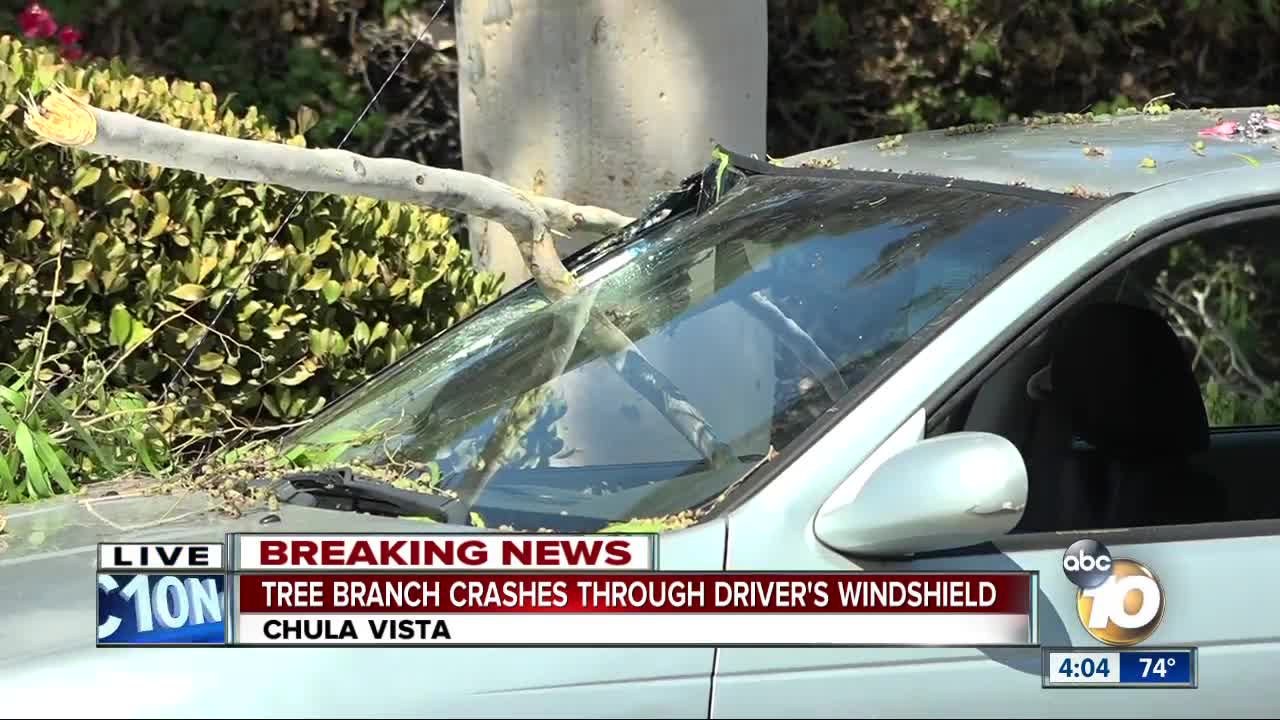 The branch fell on the woman's car in Chula Vista.

A large branch fell from the eucalyptus tree along Telegraph Canyon Road about 3 p.m., crashing through the passenger side window of a woman’s car. Had a passenger been in the seat, the person would have been impaled, crews on the scene estimated.

The woman pulled into the bike lane to assess the damage. She was able to walk independently but paramedics took her to the hospital for an assessment.

No other cars were damaged, officials said.

A neighbor told 10News they have seen other branches fall from the same tree. No one has been injured by the other incidents.