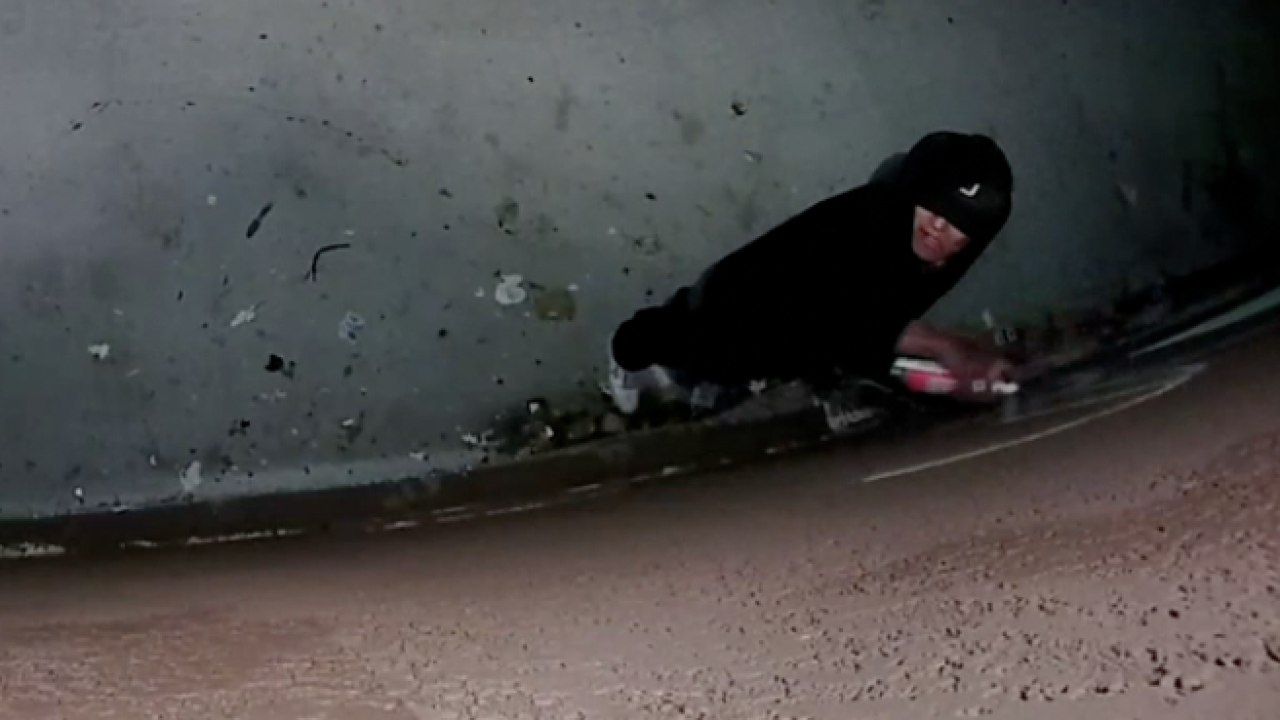 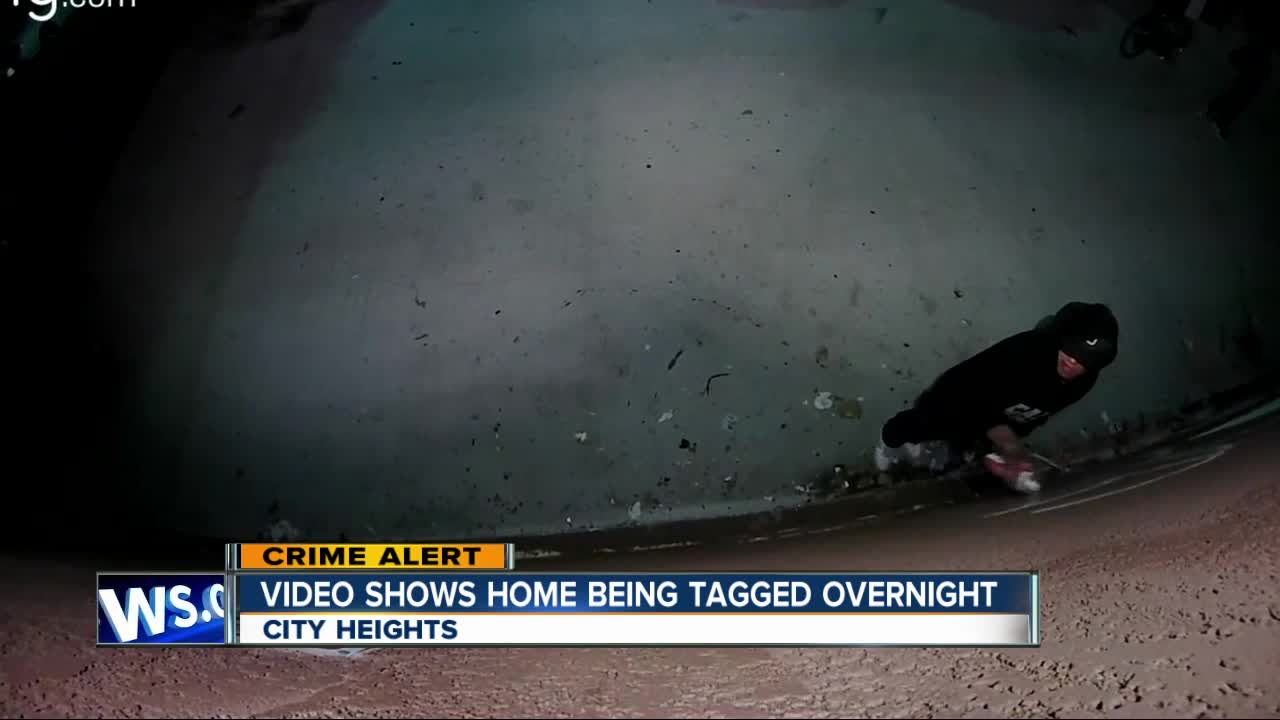 SAN DIEGO (KGTV) - Neighbors say overnight surveillance video of a tagger in action is a glimpse of an ongoing, frustrating problem.

Near Euclid Avenue and Polk Avenue, there is a church, an elementary school, and a sight Leanne Montano has seen before.

Video shows what unfolded just down the street. Just before 2 a.m., a motion-activated light flashes, but these vandals are undeterred. With another man and a person on a bike nearby, someone in a cap and hoodie casually begins spray painting the back wall of a home. For more than 40 seconds, he tags the wall, before he and his cohorts leave.

It appears they weren't done. 10News found similar tags on fences, and garage door after garage door. A block away at Euclid Elementary, there was more graffiti. Montano's place was spared, but her home has been hit several times before. She says tagging - including the school - is a weekly occurrence.

"Tagging leads to other activities that aren't safe. My concern as a parent and resident is the children's safety and them walking to school, feeling safe. It allows other people to treat our neighborhood like crap. If we don't take pride in our neighborhood, who else is going to?" said Montano.

The City of San Diego offers rewards up to $500 for the arrest and conviction of graffiti vandals.