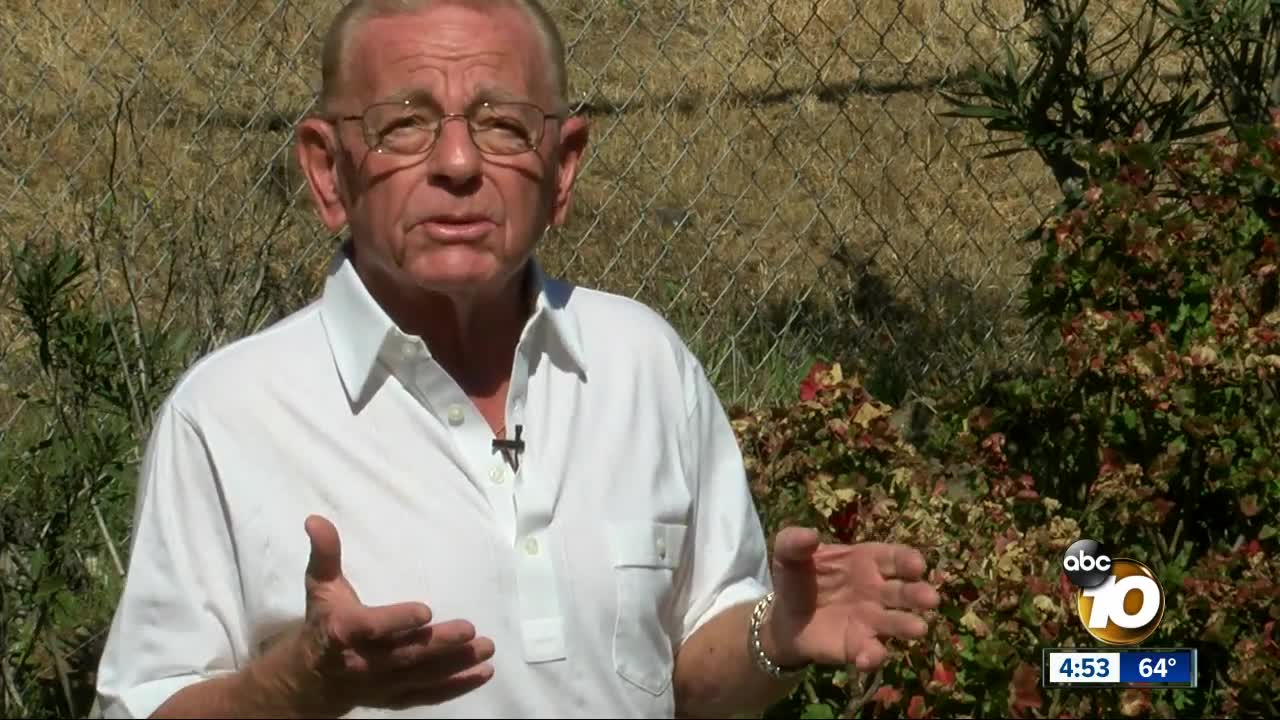 Residents of a small mobile home park across the street from the proposed Newland Sierra development, Measure B on the March ballot, say they fear a "yes" vote to approve the project could do irreparable damage to their community. ESCONDIDO, Calif. (KGTV) - Residents of a small mobile home park across the street from the proposed Newland Sierra development, Measure B on the March ballot, say they fear a "yes" vote to approve the project could do irreparable damage to their community.

Deer Springs Oaks is made up of 32 mobile homes off Deer Springs Road, directly across the street from the Newland Sierra site. That plan, if voters approve, would allow for around 2,100 new homes, along with open space and infrastructure changes.

Residents of Deer Springs Oaks, funded by the nearby Golden Door Spa, have been making the case to voters that Measure B will make a bad traffic situation worse and create a dangerous trap in a wildfire zone. But they also worry that the project could have a more direct impact on their homes.

The building of Newland Sierra would require the widening of Deer Springs Road, as well as changes to the nearby interchange with I-15. While Newland Sierra developers say these will not affect the mobile home park, the residents say they are not getting any guarantees from Newland Sierra, the County, or CalTrans.

Lawyers representing many of the residents obtained plans for some of the alternatives being considered by CalTrans. At least two would cause major changes to Deer Springs Oaks, including the possibility of residents losing property and a road being moved to go through the center of the complex.

"They impact the park big time," said resident Tony Eason. "They would destroy the park."

A spokesperson from Newland Sierra told 10News that the maps being used by the residents are outdated. He sent 10News at statement: “This is just another desperate attempt by the Golden Door Spa and its army of lawyers to try to confuse and scare voters.

This alternative was one of more than a dozen road improvement alternatives that was studied. It was ultimately rejected by CalTrans and is no longer an option.

The real truth is that Measure B will create affordably priced homes for working families with open space, parks and trails - a better choice than the current General Plan that permits a two million square foot mega-commercial development, mansions and parking lots."

Calls to CalTrans to check the accuracy of the claims made by both sides were unavailable to be returned because of the federal holiday.