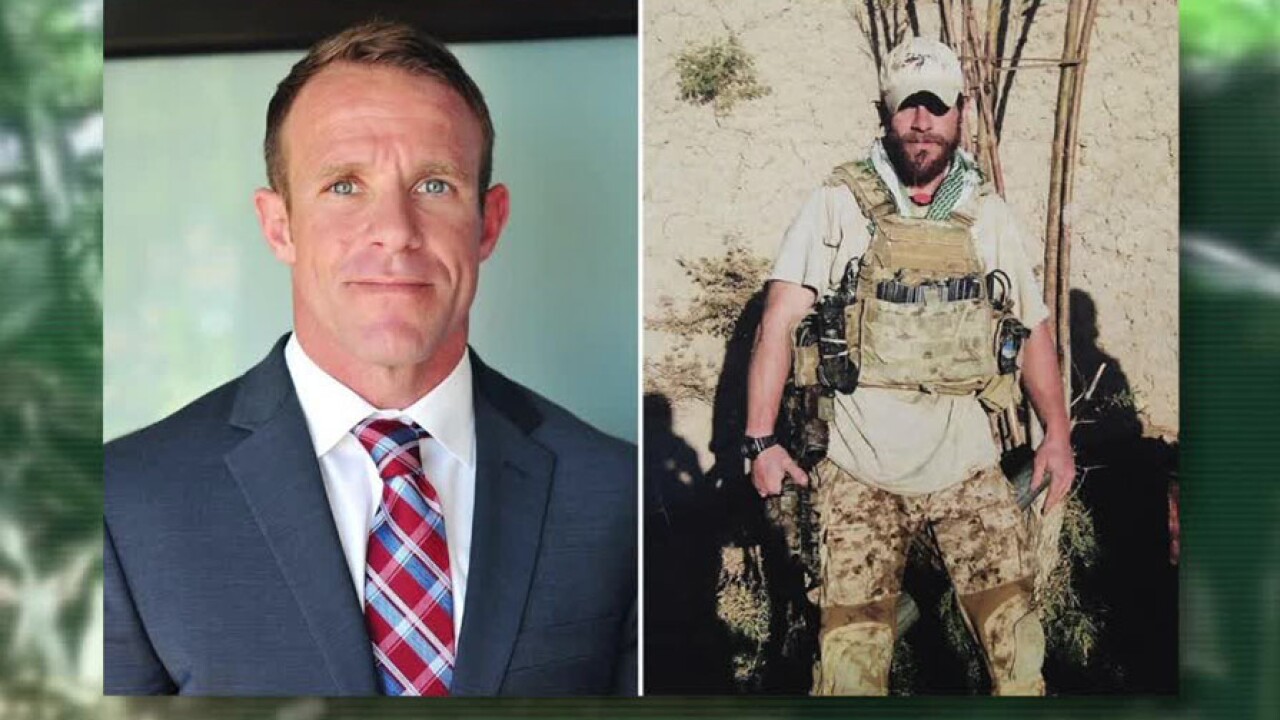 SAN DIEGO (AP) — A judge delayed the court-martial of a Navy SEAL accused of murder on Wednesday while lawyers resolve questions over whether the government's monitoring of emails compromised his right to a fair trial.

Lawyers defending Special Operations Chief Edward Gallagher want the judge in the case removed because he was aware prosecutors planted tracking software in emails sent to the defense team and a journalist in an effort to find the source of news leaks.

"What we believed is that the judge authorized prosecutors to spy on the defense team," attorney Tim Parlatore said after the hearing. "Now looking at things it appears that prosecutors may have lied to the judge and that he didn't authorize it and he didn't know what they were really doing."

Gallagher, who was dressed in Navy whites at the hearing, was scheduled to face trial May 28 on charges he killed a wounded Islamic State prisoner under his care in 2017. He is also charged with shooting two civilians in Iraq and opening fire on crowds.

Now that date is uncertain as the defense tries to learn more about the email tracking and whether it violated the attorney-client privilege and protections against illegal searches.

Parlatore said leak investigation documents he was provided show the effort was done without a search warrant or proper authorization.

Parlatore asked who else knew about the email tracking and Judge Capt. Aaron Rugh told the prosecution to provide a list of "anybody that put their hands on this."

Dozens of Republican congressmen have championed Gallagher's cause, claiming he's an innocent war hero being unfairly prosecuted. President Donald Trump got him moved from the brig to better confinement in a military hospital with access to his lawyers and family.

Gallagher has pleaded not guilty to all counts. His lawyers said he did not murder anyone and disgruntled SEALs made the accusations because they wanted to get rid of a demanding platoon leader.

Gallagher's supervisor, Lt. Jacob Portier, is fighting charges of conduct unbecoming an officer for allegedly conducting Gallagher's re-enlistment ceremony next to the corpse.

Parlatore said the leak investigation had also gone so far as to conduct extensive background checks on the defense that turned up a speeding ticket Parlatore got in 2003 and the military records of all the veterans involved, including Carl Prine, a Marine Corps veteran who as the Navy Times editor and reporter has broken several stories in the case.

The reports indicate they found no illegal activity by the lawyers or Prine, Parlatore said.

The tracking software embedded in an unusual logo of an American flag with a bald eagle perched on the scales of justice beneath the signature of lead prosecutor Cmdr. Christopher Czaplak was discovered two weeks ago by defense lawyers. Two days later, the prosecutor acknowledged the scheme in a closed-door hearing, but refused to provide details.

Rugh said the monitoring ended May 10. He asked for a letter from senior Navy officials to clarify if anyone is still under investigation for the leaks, including prosecutors.

The discovery has led to criticism that the prosecution trampled on press freedoms and violated the defendants' rights to a fair trial.

Capt. David Wilson, chief of staff for the Navy's Defense Service Offices, wrote a scathing memo this week saying the lack of transparency has led to mistrust by defense lawyers in whether attorney-client communications are secure on the Navy-Marine Corps Intranet. An Air Force lawyer representing Portier had his computer and phone seized for review.

"The Air Force is treating this malware as a cyber-intrusion on their network," Wilson said in the letter obtained by The Associated Press.

He said most of the leaks have benefited the prosecution's narrative and the likely leakers were on the government side of the case or in the Naval Criminal Investigative Service.

"It really looks like a lot of gamesmanship to affect the outcome of the case," Parlatore told the judge.