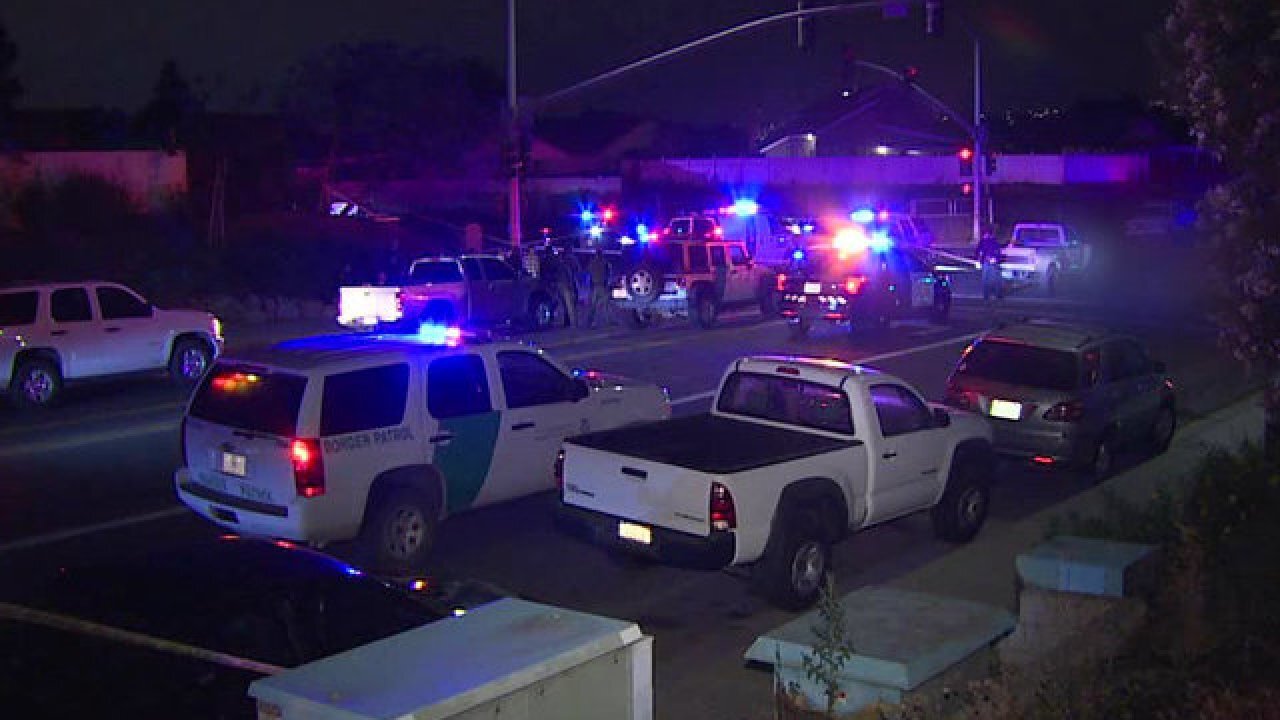 SAN DIEGO (CNS) - The District Attorney's Office announced today that it has cleared a San Diego police officer in the shooting death of a man who authorities say brandished a rifle and fired off several shots at a San Ysidro mobile home park while under the influence of methamphetamine.

Officer Michael Martinez fatally shot 50-year-old Alfonso Cervantes on the afternoon of April 3 in the 100 block of West Calle Primera. He died at the scene. Police and prosecutors said Cervantes -- who lived in the mobile home park with his wife and family -- was walking through the RV park and firing a rifle indiscriminately, prompting a police response.

Prior to the shooting, Cervantes had appeared "paranoid and in a panic,'' was "adamant that he was being followed and someone was trying to kill him,'' and was having conversations with an imaginary woman, according to accounts from family members and people who knew Cervantes, which were detailed in the San Diego County District Attorney's Office review of the shooting.

An autopsy also revealed that methamphetamine was present in his system. Martinez, who has been on the force since September of 2016, approached Cervantes and ordered him to drop the rifle, according to body-worn camera footage released by the DA's office.

Cervantes swung the gun back and forth, ignored commands to drop his gun and continued walking toward Martinez and another unnamed officer while wielding the rifle, according to the D.A.'s report.

"Cervantes did not comply when directed to drop the gun,'' District Attorney Summer Stephan wrote in a letter addressed to San Diego police Chief David Nisleit. "Martinez said he shot Cervantes to protect himself and others around him.''

The District Attorney's Office ruled that Martinez shot Cervantes in lawful defense of himself, his fellow officer and civilians in the area. "Martinez had a reasonable belief they were all at risk of being severely injured or killed by Cervantes,'' Stephan's letter concludes.