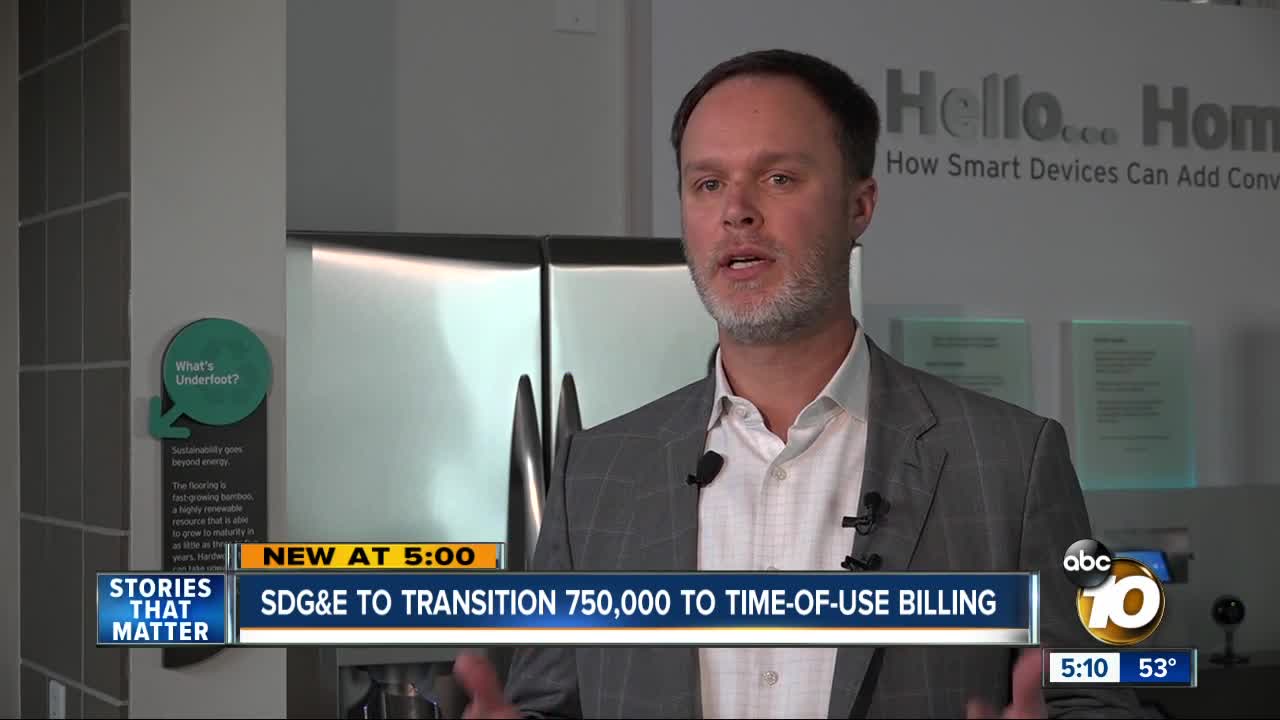 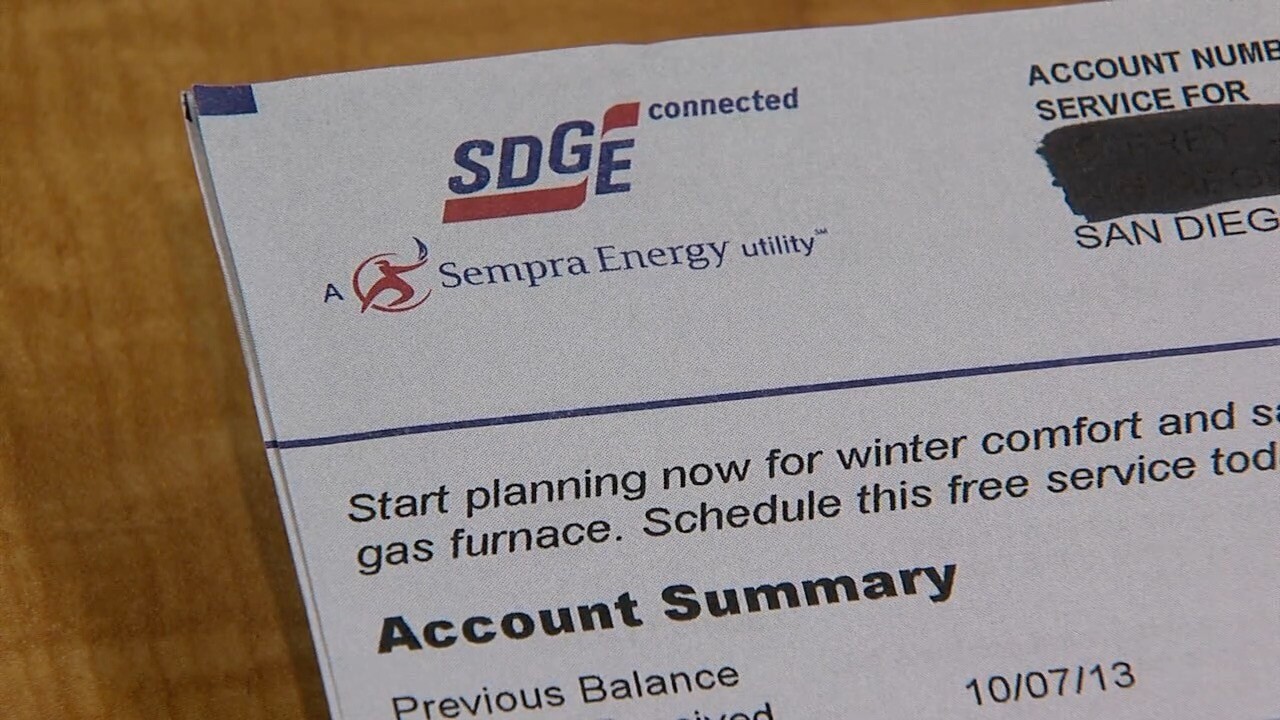 SAN DIEGO (KGTV) -- San Diegans will soon have a new ally - or enemy - when it comes to their electric bills: the clock.

San Diego Gas and Electric on Thursday announced that it would transition 750,000 customers to a time-of-use billing system.

The system, for most people, will have higher rates from 4 p.m. to 9 p.m. on weekdays, and the most affordable from midnight to 6 a.m.

The time-of-use plan does away with the new state-mandated high-usage charge, which more than 80,000 San Diegans hit over a record-hot summer. That led to bills of $700 or more.

Scott Crider, SDG&E's vice president of customer services, said he understands 4 p.m. to 9 p.m. is the time people cook dinner, turn on lights and run their air-conditioners. But he said the utility is encouraging residents to conserve when demand on the grid is highest.

"What we're really asking our customers to really think about energy just a little bit differently and see if they can make some minor shifts of major appliances, for instance, instead of running your dishwasher at 7 p.m., can you set it on a time to run at 9 p.m. when electricity is cheaper," he said.

The price difference between times of use are minimal during the winter. But that changes in the summer, when prices from 4 p.m. to 9 p.m. for most users will be nearly triple the most affordable hours.

Vincenzo Gelsomino, who lives in Clairemont, said he can see the system working for those who plan ahead. "I think if we know we will change our behavior, it will be better," said Gelsomino, noting his bill has increased over the years to average more than $100 a month.

There are already 150,000 San Diegans transitioned to the time-of-use plan.

SDG&E will transition about 75,000 customers each month to the plan through mid-2020. Residents can opt out. SDG&E is promising to credit customers the difference if they pay more for electricity on the time-of-use plan after the first year.