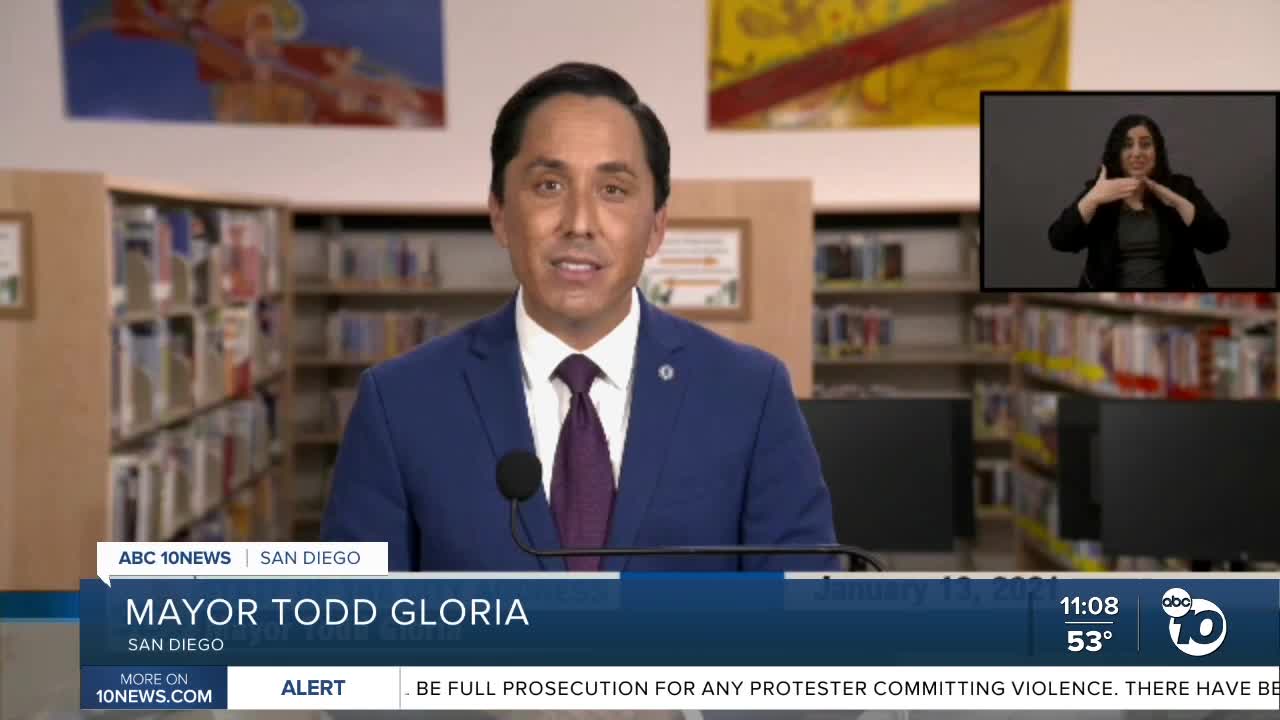 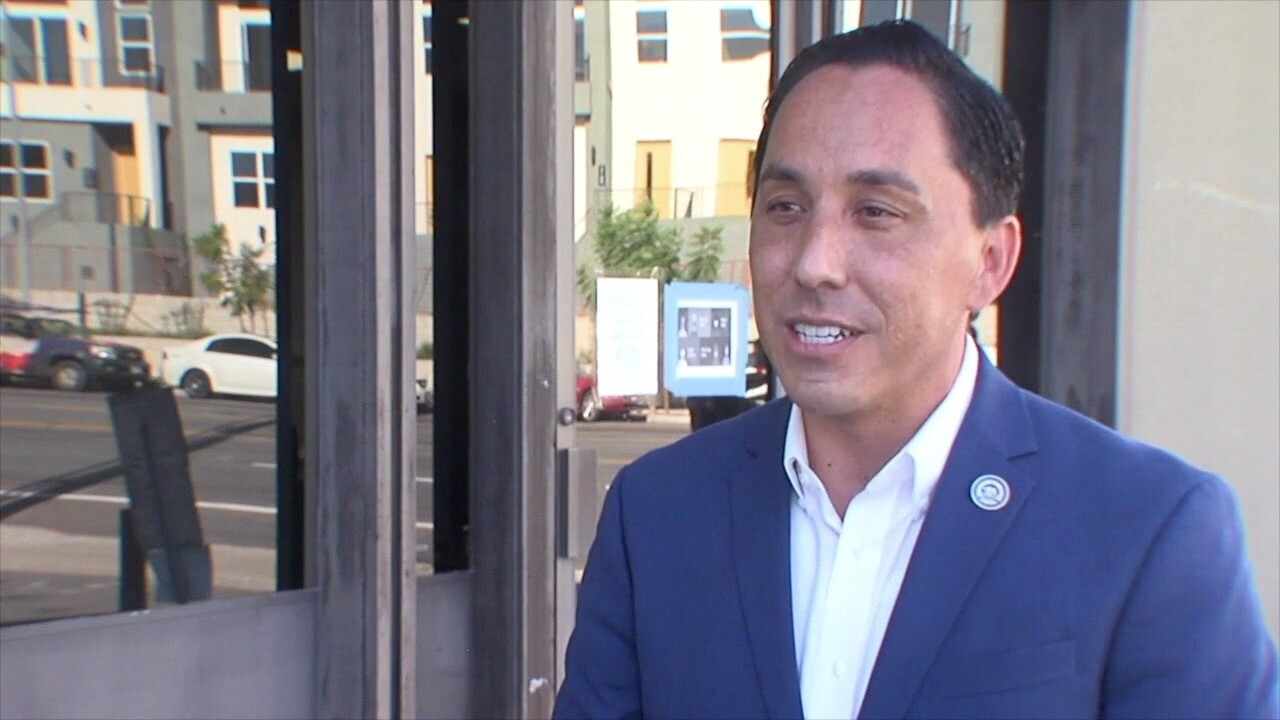 "Honestly, the state of our city is fragile right now," Gloria said. "But I have faith it won't be for much longer."

Gloria, the city's 37th mayor delivered his speech virtually, from inside the San Ysidro Branch Library.

Gloria, whose first executive order bolstered enforcement of public health orders related to the pandemic, said "our battle with COVID-19 is far from over," citing record-setting case numbers.

Gloria said city officials are working with their counterparts from the county government to open vaccination centers such as the "Vaccination Super Station" opened near Petco Park this week.

Though he cautioned the arrival of vaccines did not mean residents should let their guards down, he said the vaccination centers will "provide easy access for all when the vaccine becomes more widely available."

Plans for bouncing back from the pandemic's economic ramifications include a proposal to extend the eviction moratorium and expand similar protections to small businesses, which he said will be brought before the city council next month.

A "Buy Local Online Portal" is also being created to encourage residents to purchase from local businesses in an effort to boost reinvestment in San Diego's economy.

Gloria said the city also faces other issues that predate the pandemic, including a budget deficit exceeding $150 million, which he said "will require difficult decisions to preserve neighborhood services." Gloria said it would cost billions to close the current infrastructure funding gap.

Other priorities he laid out in Wednesday's address included prioritizing the safe reopenings of schools and childcare, closing the digital divide by expanding internet access across the city, tackling homelessness by securing housing and increasing spending on supportive services, and combating the housing crisis by focusing on new housing construction in neighborhoods near transit and jobs.

On homelessness, he said the city will be working with Matthew Doherty, who was the executive director of the Obama administration's Interagency Council on Homelessness.

Gloria also pledged to increase supportive and behavioral health services for the homeless by having mental health clinicians be the first points of contact for those living on the streets, rather than police officers.

Regarding law enforcement practices, Gloria said he and San Diego Police Department Chief David Nisleit were on agreement on accountability in policing, and said he would work with the city council to create an independent police review commission to address police misconduct allegations.

Gloria said the department would also work to hire officers "who reflect the diversity of our city."

"We must acknowledge that not all of our community members feel they are treated equal in their interactions with law enforcement," Gloria said.

"George Floyd's murder, and the continuing protests since his death, have made it very clear injustices must be addressed more aggressively."

The city has also begun a national search for the first director of the newly established Office of Race and Equity, which seeks to mitigate systemic bias.

On the equity front, Gloria said a Climate Equity Fund would be established to pay for sustainability projects in historically underserved communities.

Other projects he touted include a transportation plan that supports more walking, biking and alternative transit options, and a plan to transform Fifth Avenue in the Gaslamp Quarter and Normal Street in Hillcrest by closing down portions of the streets to vehicle traffic.

"It won't be easy, but nothing worthwhile ever is," Gloria said. "Our city has big things on the horizon. Let's have hope. Let's rise above being fine and dare to be great. Let's build a San Diego for all of us."