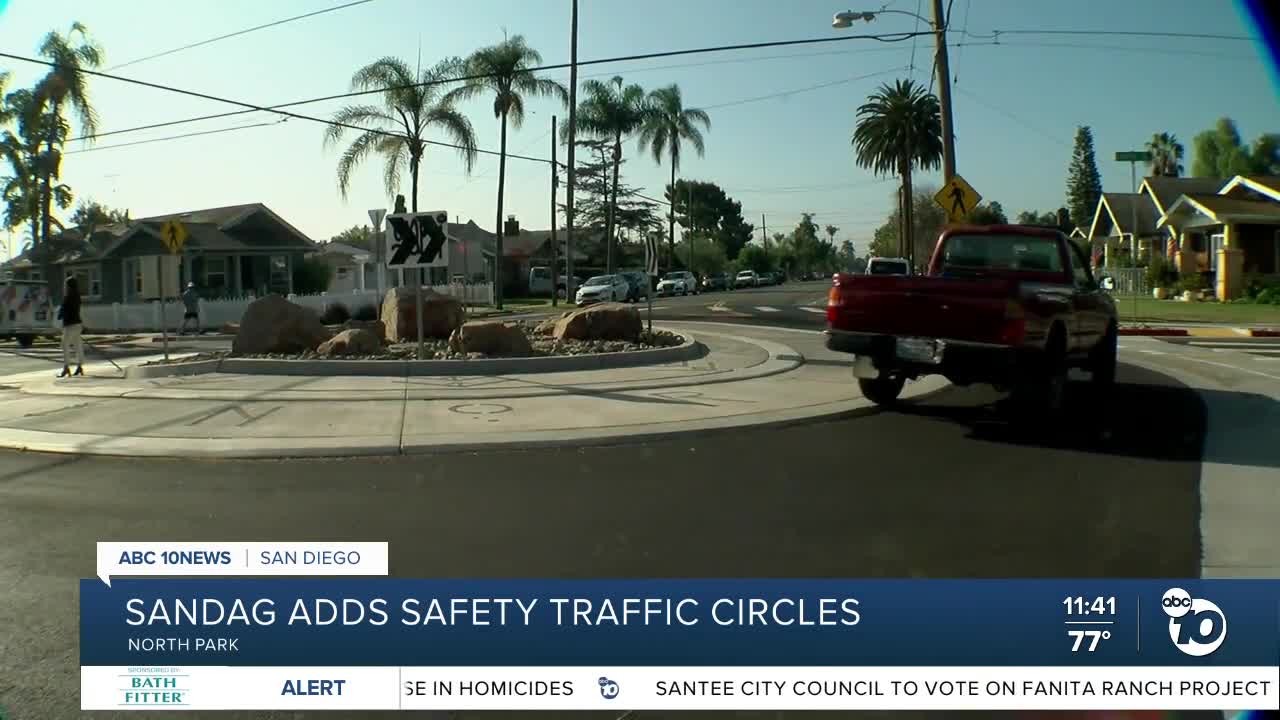 In an effort to spread awareness and safety, SANDAG has halfway completed a project that includes 18 roundabouts in the North Park area.

SAN DIEGO (KGTV) -- The next time you hop in your car and drive through North Park, you could encounter one of 18 new traffic circles aimed to slow down drivers and promote caution and awareness.

The executive director of SANGAG, Hasan Ikhrata, spoke Wednesday about the status of 18 intersection makeovers that include roundabouts similar one off Landis and Utah.

"It's obvious cars and bikes don't mix well together, especially if there's speeding involved so to overcome these we try our best to do things like this, but also make sure where we can, separate bikes from traffic so residents can bike without fear of being hit by a car," Ikhrata said.

So far, $16 million has been dropped for the Georgia Meade & Landis Bikeway project, funded by TransNet. Construction for the new additions are halfway done and although some neighbors aren't so keen about the new roadways, "people who want to go fast do go fast still, they still race. They have enough room to almost go straight through the circle."

Others like 11-year North Park resident, Andrea, Linan, already feel more at ease, "traffic on this street especially, people go fast. I do cycling and you just have to be really careful about not getting hit so I don't mind roundabouts."

SANDAG said since stay at home orders, the amount of people riding bikes went up 12%. SANDAG's executive director said despite conflicting arguments regarding the amount spent on the Bikeway project, "we have the data to support investing more in the Bikeway program, and I hope San Diego will have a connected network that's safe for our residents."

The project has been in the works since 2013. SANDAG said the process included community meetings, public workshops and hearings so neighbors can chime in.