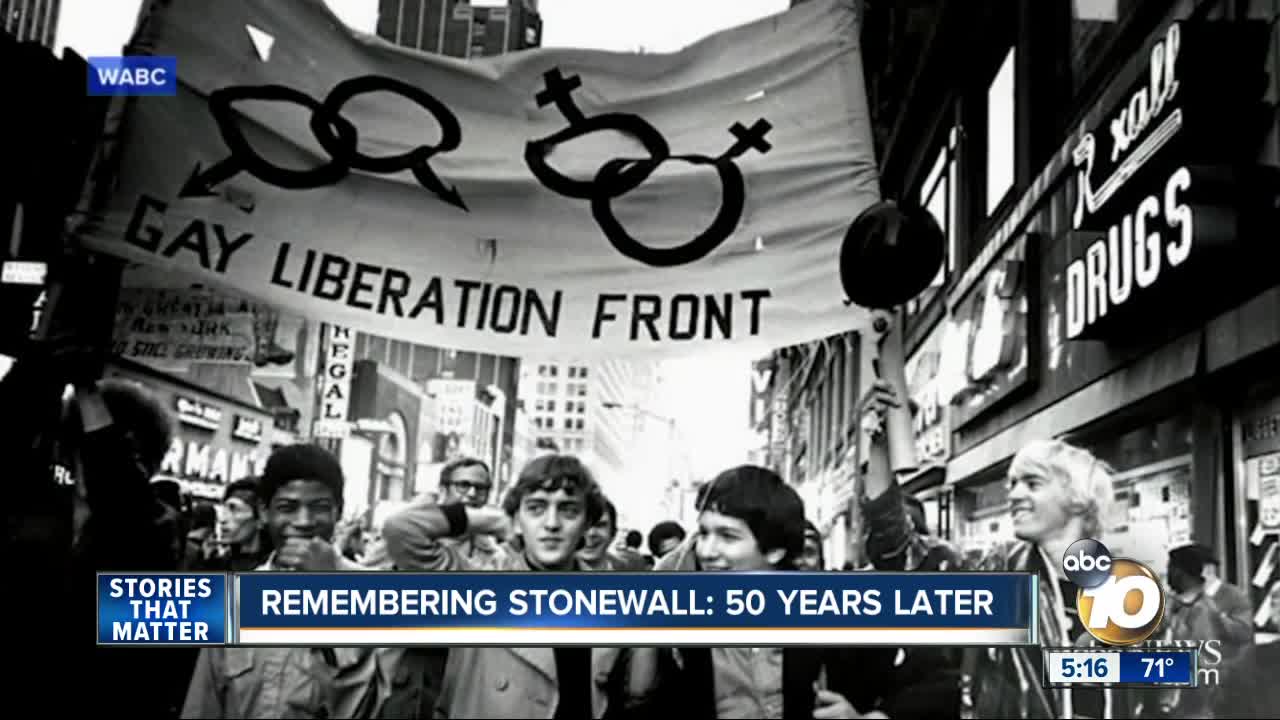 It's been 50 years since the Stonewall riots shifted the LGBTQ community.

Fifty years ago, a police raid on the Stonewall Inn in New York’s Greenwich Village sparked a violent confrontation between law enforcement and gay rights activists. Although the riots happened on the other side of the country, the West Coast had a role in fighting for change.

“If nothing else, it is a marker in historical time with a clearly defined before and after,” said Dr. Lillian Faderman.

Faderman said Stonewall was “not the first time that gay people fought back.” She curated an exhibit called LGBTQ San Diego: Stories and Struggles, tracing the local groups that advocated for LGBTQ rights.

The Mattachine Society and Daughters of Bilitis both advocated for gay rights in the 1950s and 60s. Faderman’s exhibit highlights their work, and that of individuals who called for change.

The exhibit will be open at the San Diego History Center until next year.