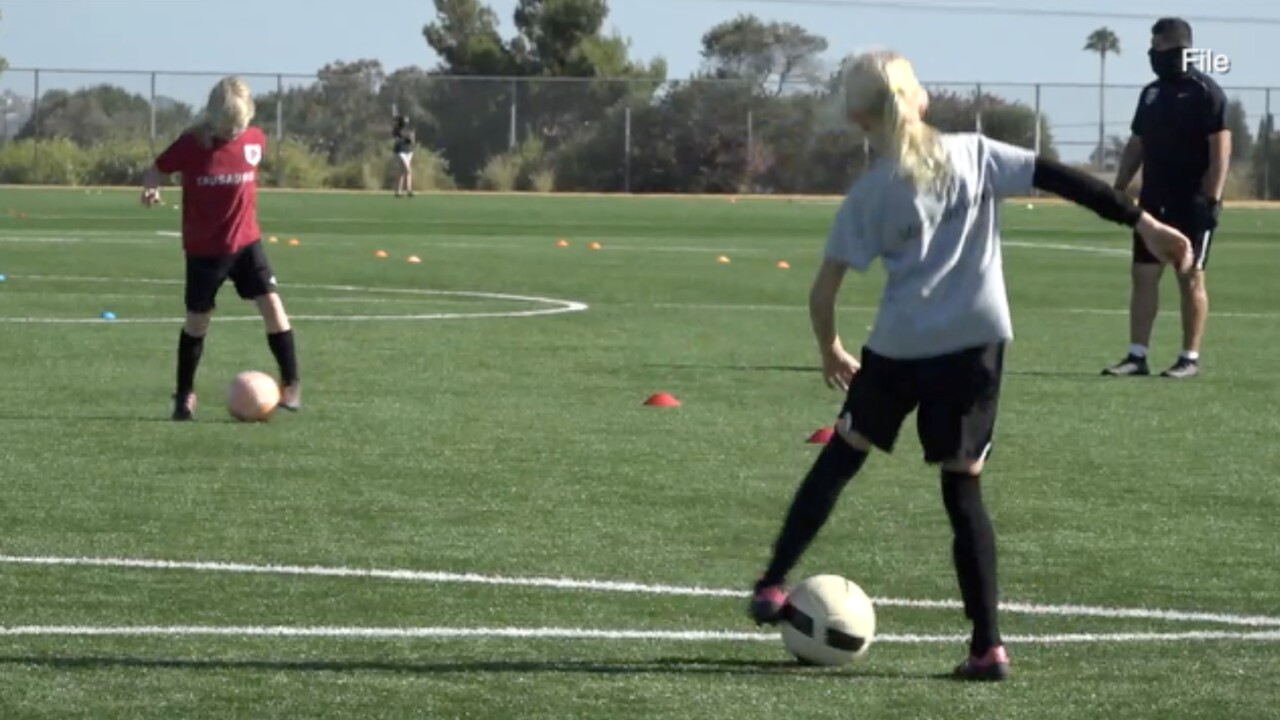 SAN DIEGO (KGTV) — Youth sports leaders are holding a protest in front of the San Diego County Administration Building on Saturday to voice their concerns over the state’s regulations regarding games and competitions.

Currently, under California's coronavirus restrictions, youth sports can practice, as long as six feet of social distancing can be maintained.

Bob Turner is both Executive Director of Presidio Soccer League and President of the Southern California Youth Soccer Association and said the athletes should be able to play games.

He said they have created safety plans, including spacing out the times of games and shortening games to avoid crowds, only allowing one parent for each athlete, and also requiring masks of all referees, parents, and substitute players. Turner said they’ve sent countless letters and filled out petitions to the state, but have not gotten a response.

A spokesperson for San Diego County said the county has also been asked about plans for youth sports. They also asked the state and have not heard about what’s next.

“This is small potatoes to them compared to a lot of the other things opening but it is our youth and what’s more important than our kids. We’re destroying these kids with what’s happening through the schools and now we’re taking this away. This is the only outlet some of these kids have,” said Turner.

Turner added that he’s heard of some athletes traveling to other states that have more relaxed restrictions so they can play in games and tournaments.

Turner said counties in California are planning to all hold protests to voice their concerns. He said any athlete is welcome at their protest Saturday, and hopes the unified voices will be heard by the state.

“We need to bring awareness. We feel like nobody’s listening so we just have to get people to listen and do the right thing,” said Turner.