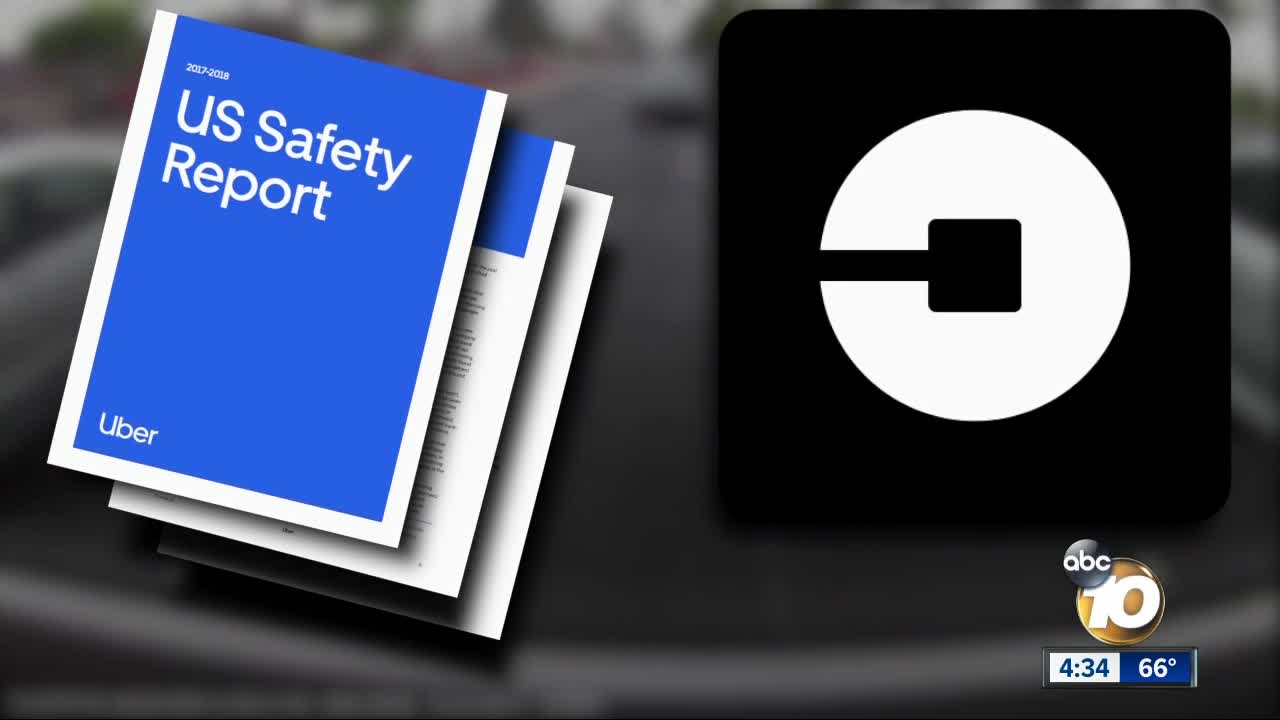 Uber recently released a safety report highlighting the number of sexual assaults reported by passengers between 2017 and 2018. In the two years, nearly 6,000 people reported being sexually assaulted.

SAN DIEGO (KGTV) — Uber recently released a safety report highlighting the number of sexual assaults reported by passengers between 2017 and 2018.

“When you get in the car you should be able to feel safe, like nothing is going to happen to you,” said attorney Mike Bomberger.

That feeling of security is quickly evaporating in an age where it is completely normal to jump into a car with a stranger.

Three of the women reported incidents that happened in San Diego.

“Each situation here in San Diego is different,” he said. “The one common theme is that a driver, a predator, took advantage of a vulnerable female in the backseat of a vehicle.”

He said in most of the cases he represents, the women are intoxicated and trying to get home safely.

“You're getting into a car with someone you know nothing about,” he said. “Every single woman that we represent that has been assaulted has Post-Traumatic Stress Disorder.”

According to the report, more than three million Uber trips were taken daily in 2017 and 2018.

Bomberger said a key part of the solution, is to install cameras or other recording devices in every Uber and Lyft driver's vehicle.

"What’s the likelihood of a driver who knows there’s a camera in the car to sexually assault or rape somebody in the car?" he asked. "It doesn’t take a rocket scientist to realize the changes of that happening are going to be exponentially lower."

Uber has already started doing this in some states.

"I hope their intent is to roll that out in other states as well because that is the single biggest way they’re going to prevent women from being harmed and assaulted," said Bomberger.

As for Lyft, 10News received the following statement from a spokesperson Friday:

"Safety is fundamental to Lyft. We remain committed to releasing our own safety transparency report and working within the industry to share information about drivers who don’t pass our initial or continuous background checks or are deactivated from our platform. It is Lyft’s goal to make the US ridesharing industry the safest form of transportation for everyone.

Everyone deserves the ability to move about the world safely, yet women still face disproportionate risks. We recognize these risks, which is why we are relentless in our work to build safety into every aspect of our work. That means continually investing in new features and policies to protect our riders and drivers. This year, nearly one in five employees at Lyft have been dedicated to initiatives that strengthen the platform’s safety. In just the last few months, we’ve launched more than 15 new safety features -- including daily continuous criminal background monitoring of all of our drivers, in-app emergency assistance to make reporting easier for riders, and mandatory feedback for rides rated less than four stars to ensure we are constantly tracking any level of problematic behavior by drivers. We’ve also partnered with RAINN, the nation’s largest anti-sexual violence organization, to roll out mandatory sexual violence prevention education. Our work on safety is never done, and we will continue to invest in new features, protocols, and policies to ensure Lyft is the safest form of transportation for our riders and drivers."