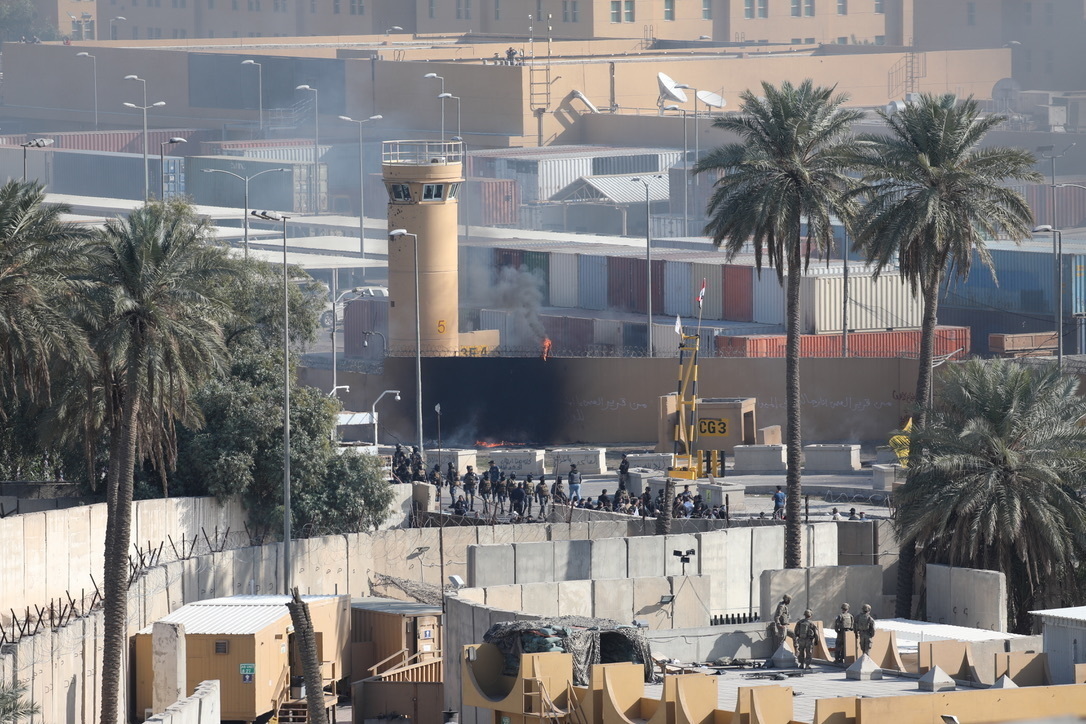 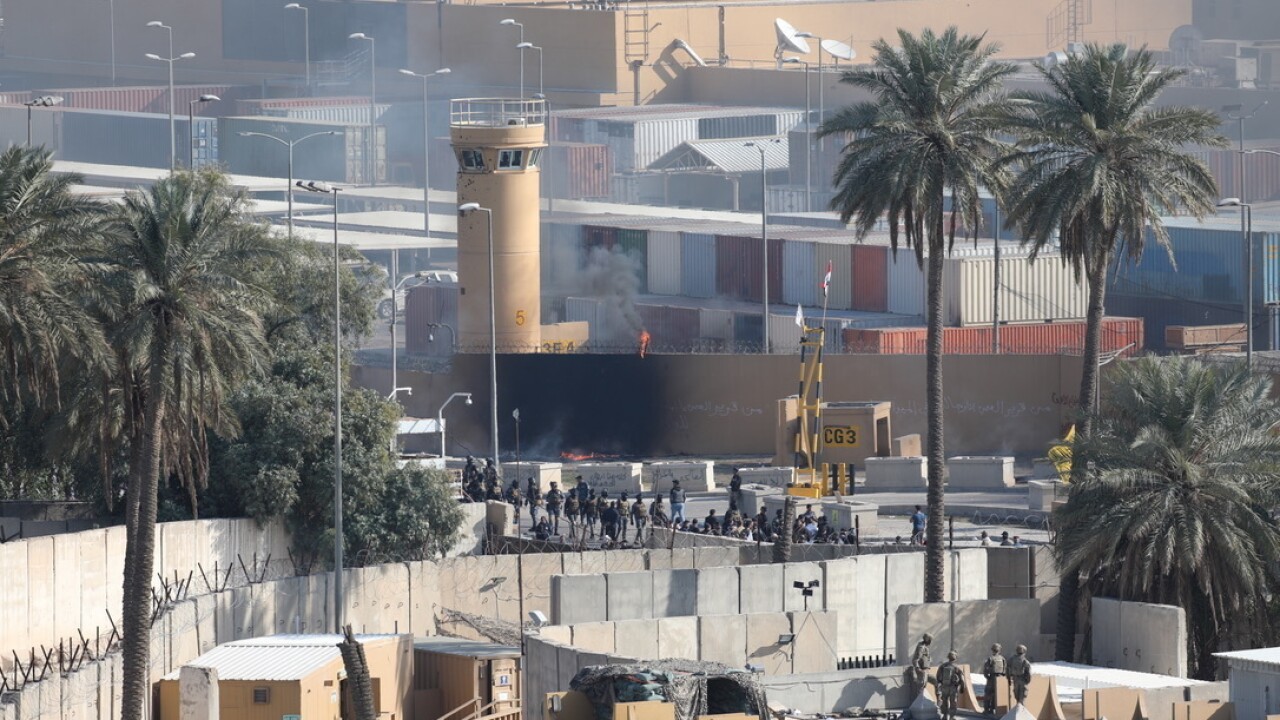 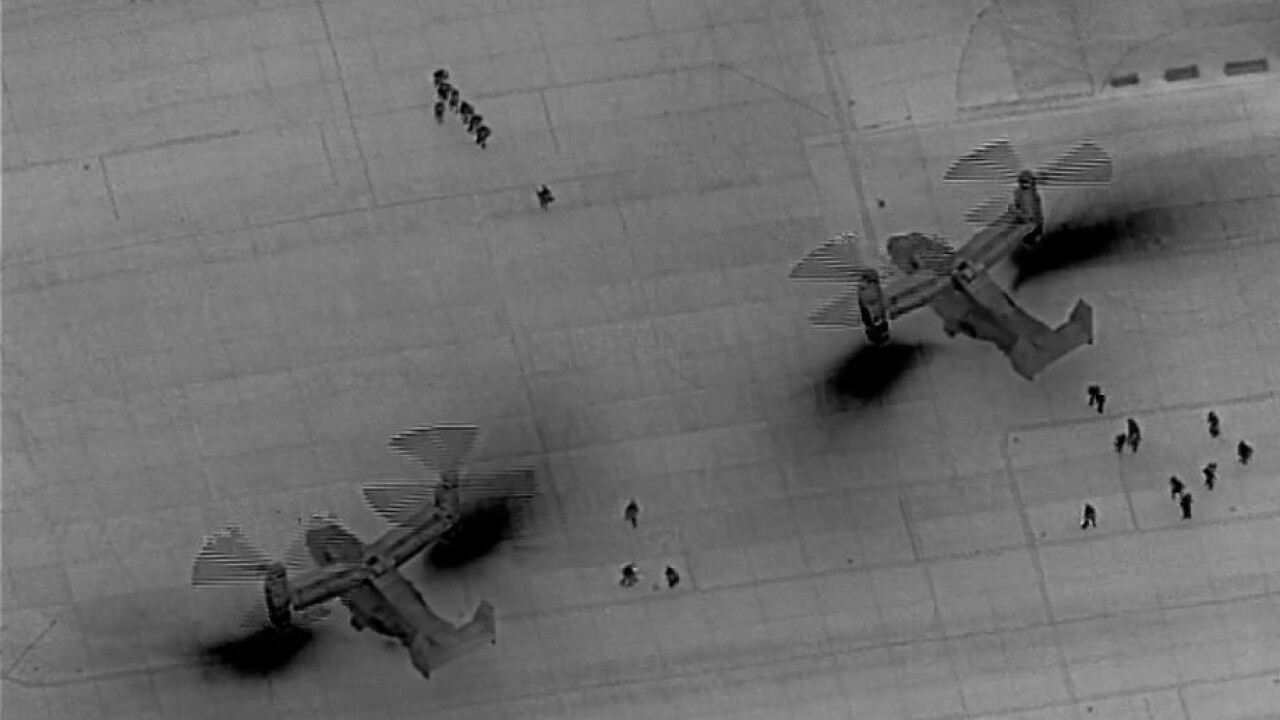 (KGTV) - San Diego-based Marines are on the ground in Baghdad Wednesday to protect the U.S. Embassy.

Protestors pushed their way into the compound Tuesday, setting fires and breaking windows before Iraqi security forces pushed them back. Wednesday morning, the protesters said they were backing down from the siege .

The group had been demonstrating against U.S.-led airstrikes on an Iran-backed militia in Iraq. The airstrikes were carried out in response to a rocket attack last week that killed a U.S. contractor.

RELATED: US sending troops to Iraq to protect embassy threatened by protesters

Video and images released by the Department of Defense show an MV-22 Osprey taking troops to the embassy.

President Trump responded to the attack from Mar-a-Lago.

“I think it's been handled very well. The Marines came in. As soon as we saw there was potential for problem, they got in; there was no problem whatsoever,” said Trump.

Trump has ordered about 750 U.S. soldiers deployed to the Middle East with about 3,000 more preparing for possible deployment in the next several days. In announcing the new deployment, Defense Secretary Mark Esper didn’t specify where the infantry battalion from the Army's 82nd Airborne Division at Fort Bragg, North Carolina, would be heading. But a U.S. official tells The Associated Press they'll go to Kuwait and a full brigade of about 4,000 soldiers may eventually be sent.

Since arriving at the US Embassy in Baghdad, Marines of the @SPMAGTF_CR_CC have bolstered security to keep American citizens safe. They maintain a ready posture to respond. @CENTCOM @CJTFOIR @OIRSpox @USMARCENT pic.twitter.com/bvKb2c6ta6