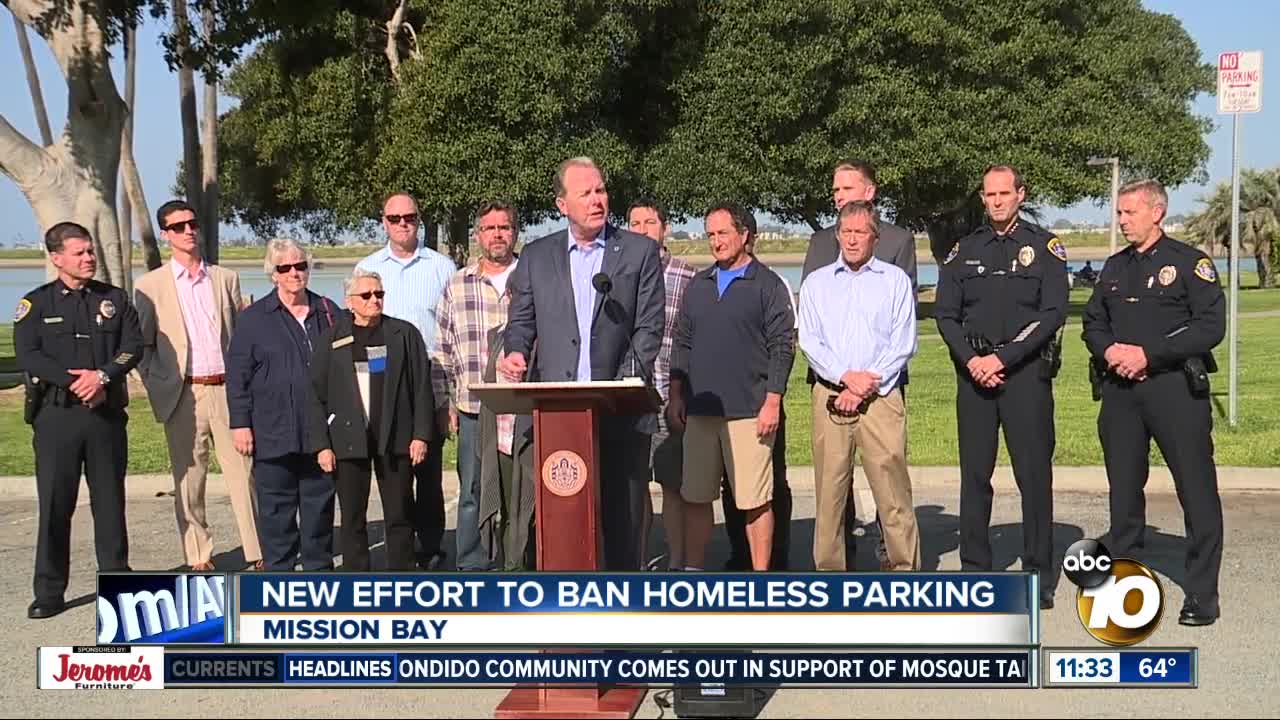 SAN DIEGO (KGTV) - San Diego is moving forward with an effort to reduce the number of people living in vehicles on city streets.

On Monday, Mayor Kevin Faulconer announced a city plan that will once again prohibit people from sleeping in vehicles parked on residential streets and parking lots.

The city is also expanding the existing “Safe Parking Program” to provide safe and secure places where individuals can stay at night while they work toward a permanent housing solution.

The city, according to Faulconer, will add three new lots that would provide more than 100 new parking spaces for vehicle owners who need them. Locations for the new lots have not been finalized.

"If you are living out of your vehicle because you have nowhere else to go, we want to help you," Faulconer said. "At the same time, residents and businesses have a right to clean and safe neighborhoods. We will not allow conduct that takes advantage of San Diego's generosity and destroys the quality of life in our communities."

The city has been unable to ticket offenders after a court deemed a previous code too vague to enforce.

Hundreds of people have complained to the city about the cleanliness and illegal activity related to people living out of vehicles.

10News reached out to the mayor's office on how to prohibit people from living in vehicles when a judge deemed it legal.

"We are working through development of the new ordinance now and will release details as soon as they are ready prior to the April 17 Public Safety and Livable Neighborhoods committee meeting," the mayor's office said in a statement.