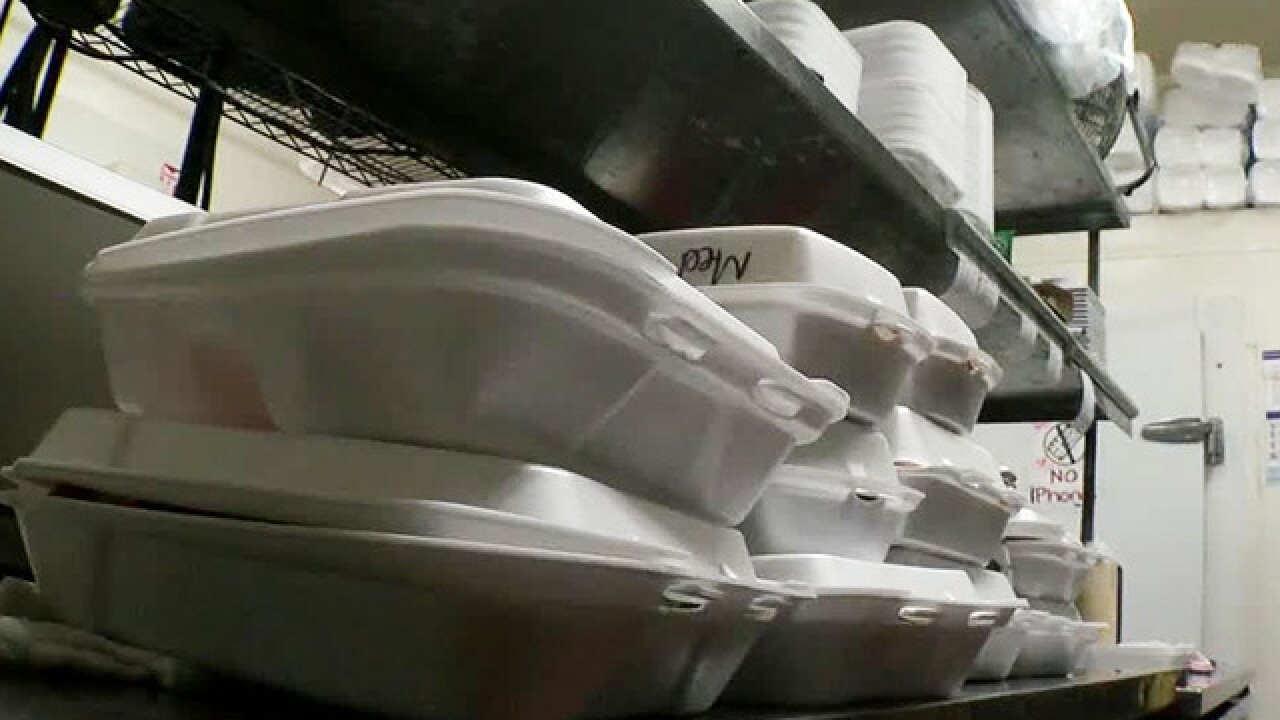 SAN DIEGO (CNS) - A group of small restaurant owners will speak out against the city of San Diego's polystyrene ban Thursday, arguing that it disproportionately affects smaller businesses who may not be able to shoulder the costs of more expensive food containers.

The owners of El Taco Rico, Tortilleria La Perla and other small and family-owned restaurants will discuss their opposition to the ban at El Taco Rico (3594 National Ave.) Thursday morning. The group of local restaurant owners say they've expressed their frustrations to San Diego City Council members in writing and in person but still feel they're not being heard.

The City Council tentatively approved the ban by a 5-3 vote Oct. 15, with then-City Councilman David Alvarez absent. The ordinance would ban the use and distribution within city limits of products like egg cartons, food containers, coolers, ice chests, pool or beach toys, mooring buoys and navigation markers made fully or partially of polystyrene foam, otherwise known by the commercial Dow Chemical Company designation, Styrofoam.

The vote was not without heavy opposition from local business groups. One of the ban's opponents, the San Diego Chapter of the California Restaurant Association, asserted that small food-service businesses could be forced to spend up to 145 percent more for polystyrene alternatives like compostable paper.

"We are very concerned by the rush to pass a sweeping policy without data, without an economic analysis, without an (environmental impact report), and most importantly without addressing the realities the mandated costs will have on small mom and pop restaurants already struggling to make ends meet," said Chris Duggan, the director of local government affairs for the CRA's San Diego Chapter, after the council's vote.

The council will hold a second vote on the ordinance, as required by the city charter, some time in January. With council Democrats now holding a 6-3 supermajority immune to Mayor Kevin Faulconer's possible veto, the ban appears likely to take effect in early 2019. Businesses with fewer than $500,000 in annual profits are eligible for a 12-month waiver exempting them from the ban.