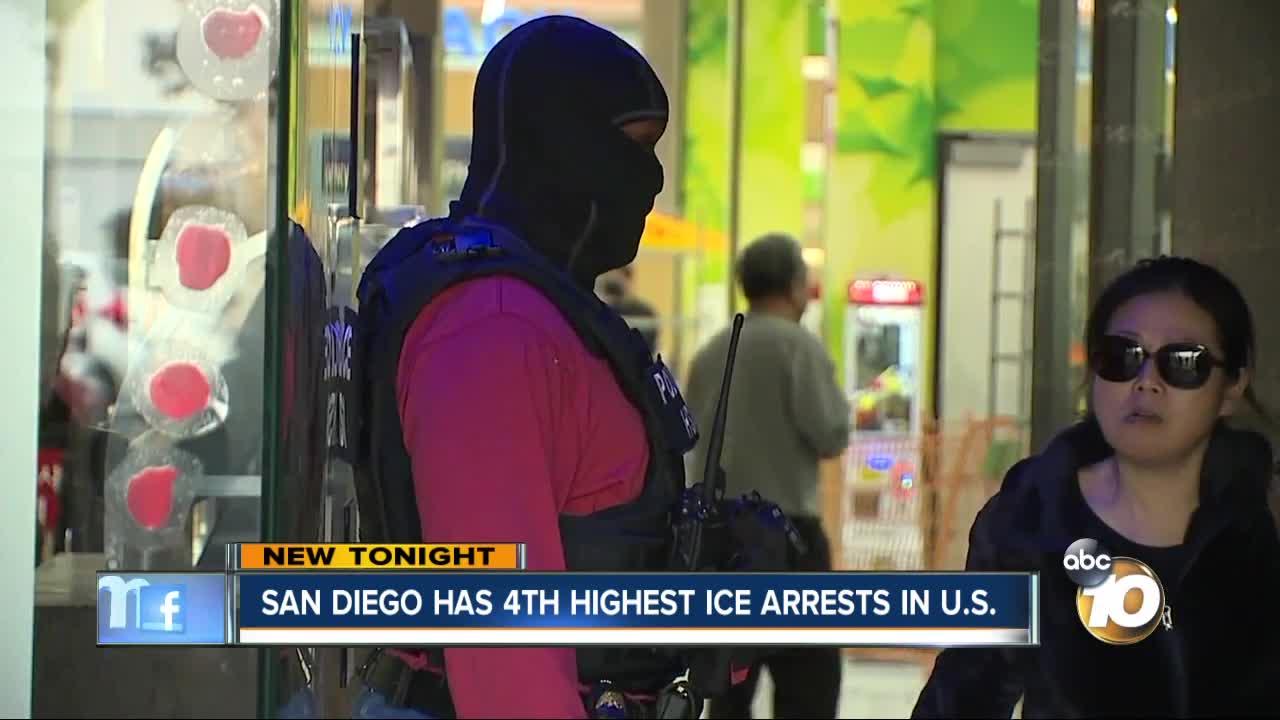 SAN DIEGO (KGTV) - Undocumented workers have a higher chance of being arrested in San Diego County than almost anywhere else, according to a new study.

The study by Syracuse University most notably shows the probability of being arrested and deported varies depending on location.

It focused on 'community arrests' made by Immigration and Customs Enforcement.

Community arrests occur when ICE agents detain people at their home, work or while traveling.

The study found that 2,098 people were detained in community arrests in 2018, making San Diego the fourth-highest in the U.S.

"It is systematically taking and destroying the nucleus of our society which is the family structure and creating this massive an economic burden,” added Prado.

ICE does make custodial arrests for those charged with crimes who do not have papers.

ICE has previously told 10News that community arrests do not target individuals but rather businesses to make sure companies are complying with federal law.