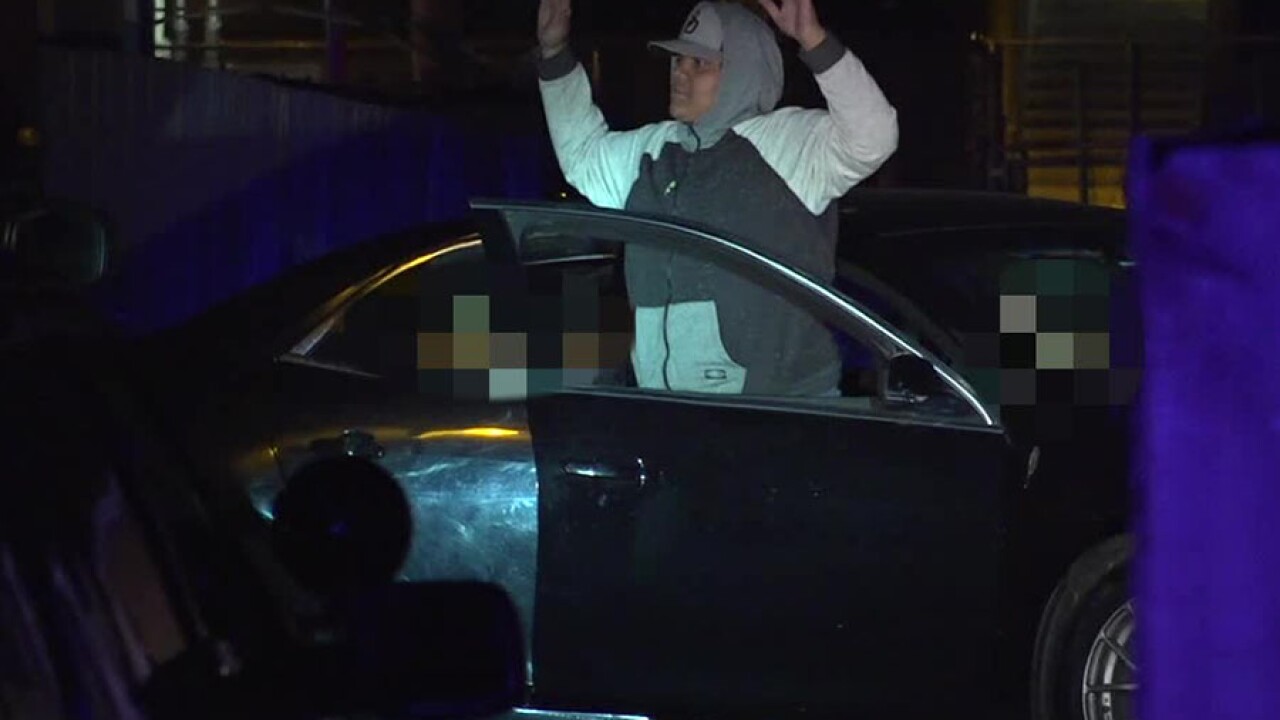 SAN DIEGO (CNS) - A young man and three teenage boys who allegedly carried out a spree of four armed robberies of pedestrian in City Heights and North Park have been linked to similar robberies stretching back to last week in San Diego, National City, La Mesa and Chula Vista, police reported Thursday.

Ernesto Lamarquez, 18, and three juveniles ages 15, 16 and 17 were arrested Wednesday morning on suspicion of carrying out four muggings earlier that morning in North Park and City Heights, according to San Diego police.

The boys' names were withheld because they are minors.

The first of the four robberies took place about 12:45 a.m. Wednesday near the intersection of 35th Street and El Cajon Boulevard, and the last one occurred about 2 a.m. in the 3200 block of University Avenue, police said.

In each robbery, the group of young men threatened the victims with a firearm and demanded cash, cellphones, and other personal items, Lt. Steve Shebloski said.

"In at least one case, the victim was pistol-whipped and suffered injuries which required medical treatment," Shebloski said.

Officers investigated the robberies and located a suspect vehicle in an east alley off the 2700 block of Fairmount Avenue, the lieutenant said.

A short time later, officers stopped a second suspect vehicle in the same alley and took the four young men into custody without incident, Shebloski said.

Investigators determined the group of young men were involved in a series of countywide muggings over the past week, including 11 cases in San Diego and additional cases in National City, La Mesa and Chula Vista, he said.

"In each of the cases, the suspects approached the victims, threatened them with a firearm and demanded personal items," Shebloski said.

Lamarquez was booked into San Diego Central Jail on suspicion of 10 counts each of robbery and conspiracy, and two counts of assault. He was being held on $2.06 million bail pending arraignment, scheduled for Friday afternoon.

Anyone with information regarding the robbery spree was asked to call Detective Sergeant Don Williams at 619-516-3006 or San Diego County Crime Stoppers at 888-580-8477.