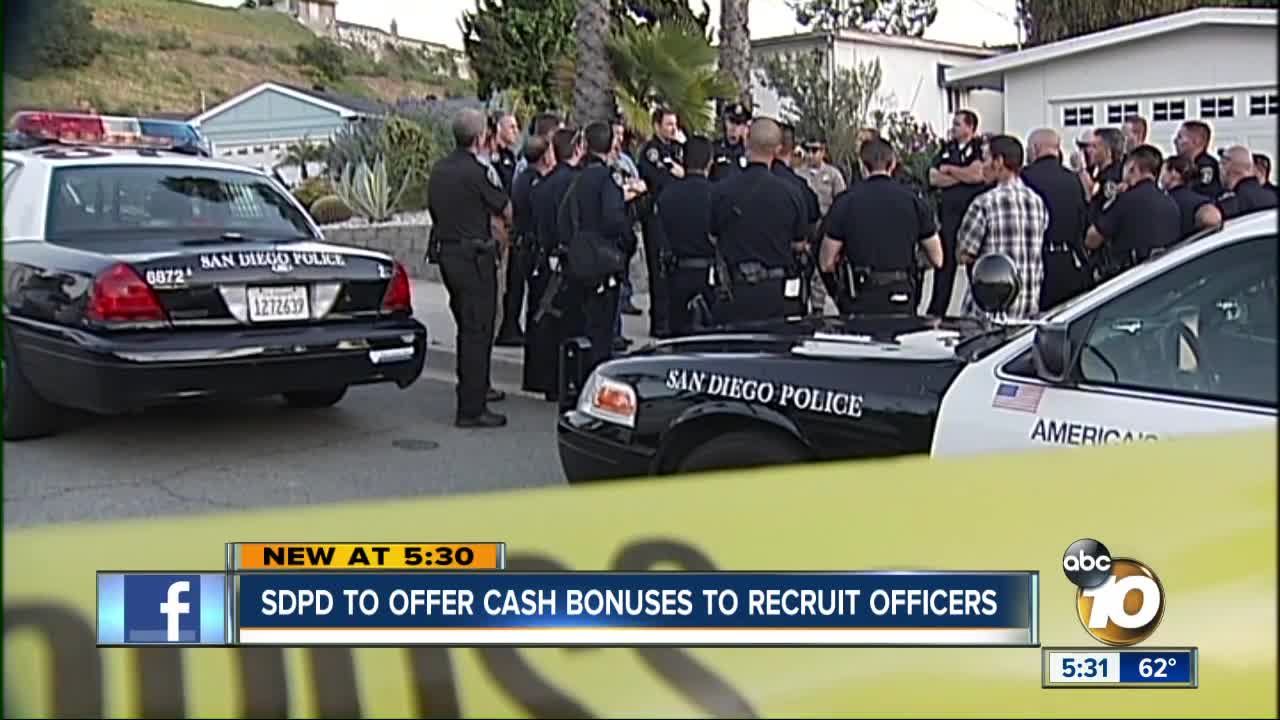 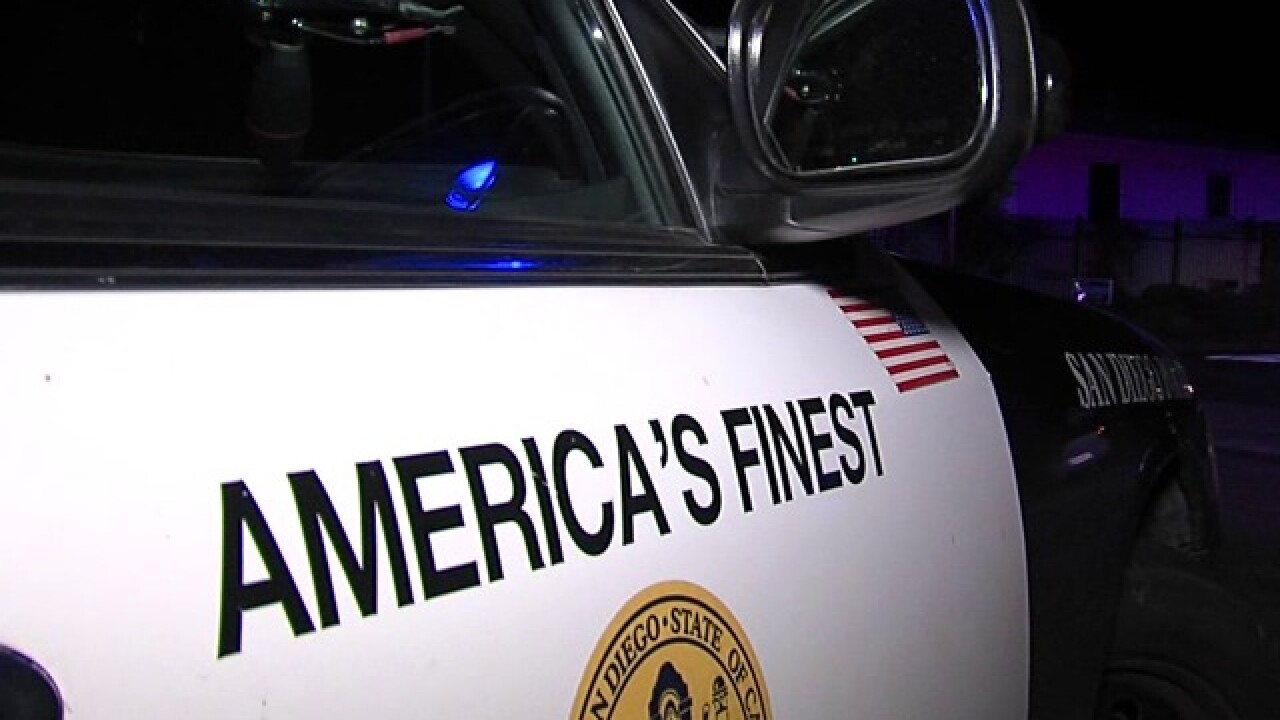 SAN DIEGO (KGTV) - California police officers who leave their departments to join the San Diego Police can now get a $15,000 cash bonus.

The department has struggled to recruit and retain officers due to the city’s high cost of living and a pay scale that’s lower than competing police departments. A San Diego Police officer earns a starting salary of $54,000 a year. Late last year, the City Council approved a series of salary increases of up to 25 percent through 2020.

The San Diego Police Department currently has about 1,860 officers, which is about 180 short of its staffing goal.

“What I’m looking for is to hire experienced law enforcement officers from other areas,” he said. "To make us competitive we had to offer a signing bonus to have them come over.”

A lateral police officer - one moving from another department - would earn $5,000 upon hire, then another $5,000 after training, and the final $5,000 after one year of continuous employment.

Jack Schaeffer, president of the San Diego Police Officers Association, said bring more officers would make police more available in their communities, which he said has suffered due to staffing shortages.

“We have less time to be able to get to know our store owners and business people and the residents, because we’re going from call to call to call,” he said.

The council also approved a bonus program for current officers who bring recruits to the Police Academy. Officers can earn a $3,000 to $4,000 bonus for each recruit.

Nisleit said SDPD has 50 recruits now training in the police academy, which is the department’s target.