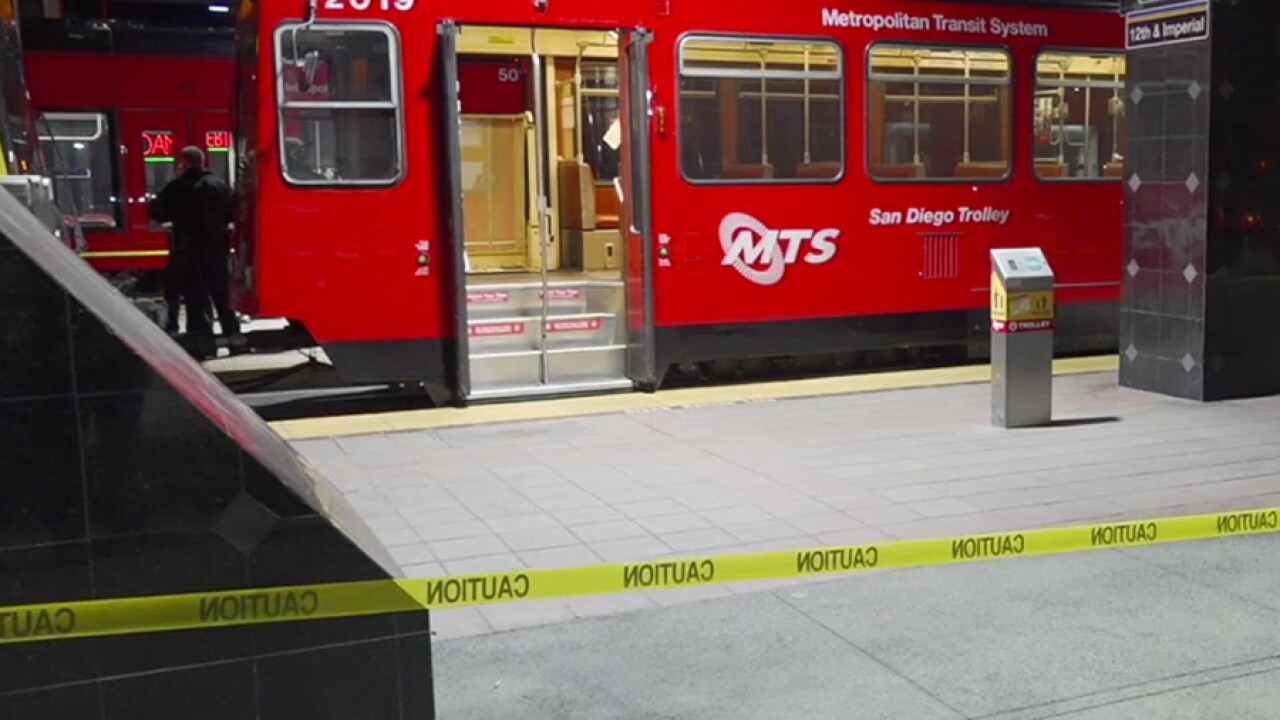 SAN DIEGO (KGTV) -- A man suspected of shooting another man during an altercation on a trolley in downtown San Diego was taken into custody, San Diego police said.

At around 5:15 a.m. Wednesday, officers were called to the trolley station in the 1200 block of Imperial Avenue after a 35-year-old man was shot in the leg.

According to police, the victim was struck by gunfire during in a verbal altercation with another man while both were riding a trolley train. Police said the victim was able to tackle the suspect, and other trolley passengers helped get the gun away from the suspected shooter.

The suspected shooter fled the scene following the incident.

ABC 10News learned the victim was rushed to the hospital and is expected to survive.

About 90 minutes after the shooting was reported, officers spotted the man believed to be linked to the incident near Logan Avenue and Beardsley Street and then detained him.

The suspect was later identified as 18-year-old Salvador Sanchez Cantero.

A motive for the altercation is unclear; the shooting is under investigation.