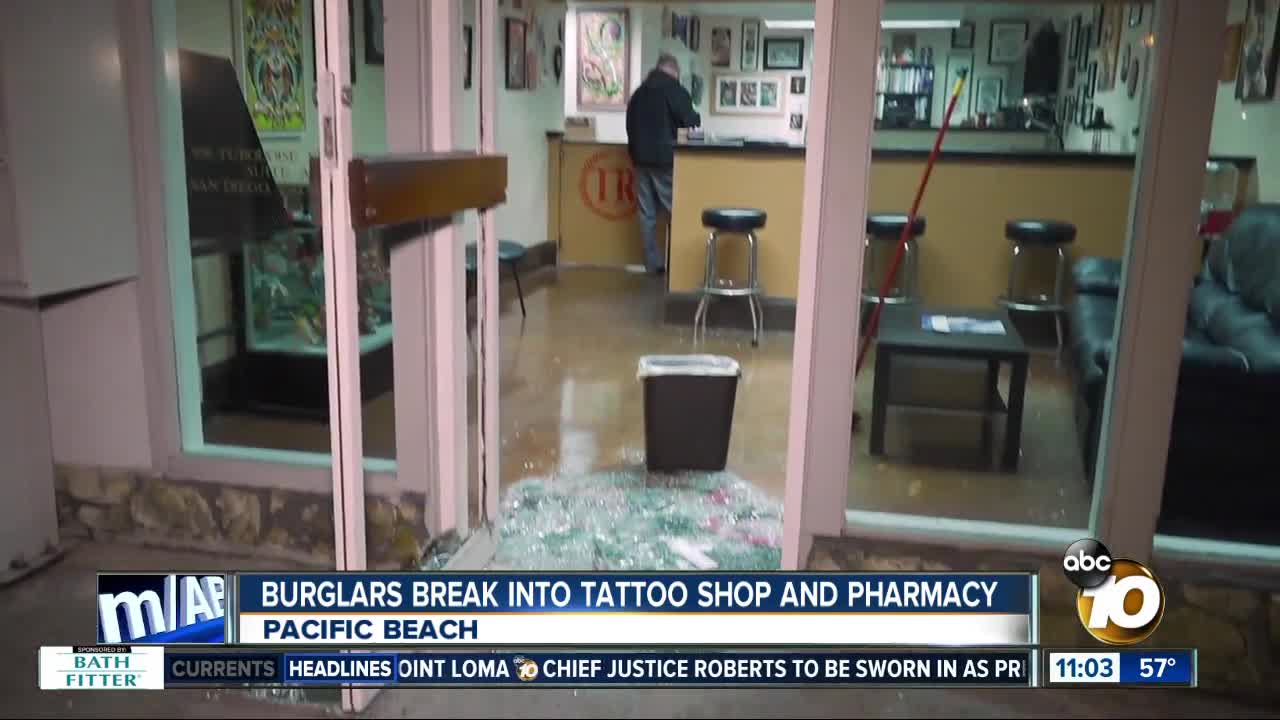 Surveillance footage appears to show the people who may have broken into a Pacific Beach tattoo shop and pharmacy.

According to San Diego police, officers were called to the 900 block of Turquoise Street at around 4:45 a.m. in response to burglar alarm calls.

Guy Frayer, the owner of Tattoo Royale, told 10News that whoever broke into his business got away with tattoo equipment, but some of it was so rare that it would be difficult to sell.

Frayer believes his shop was targeted because the thieves knew what exactly to take.

"It was straight to the back cabinet where the tattoo machines were on display, so someone knew what they were getting into," Frayer told 10News.

Despite the break-in, Frayer said he's thankful the thieves did not touch the parlor's original handmade creations on the wall -- years of work that can't be recovered.

"Just hope for the best in people, but apparently there are bad people out there who are going to take advantage of the situation," Frayer said.

Meanwhile, the owner of Good Pharma Compounding Pharmacy said the thieves broke in, likely looked around but did not take anything. The owner believes nothing was taken because the pharmacy specializes in women's hormone medicine.