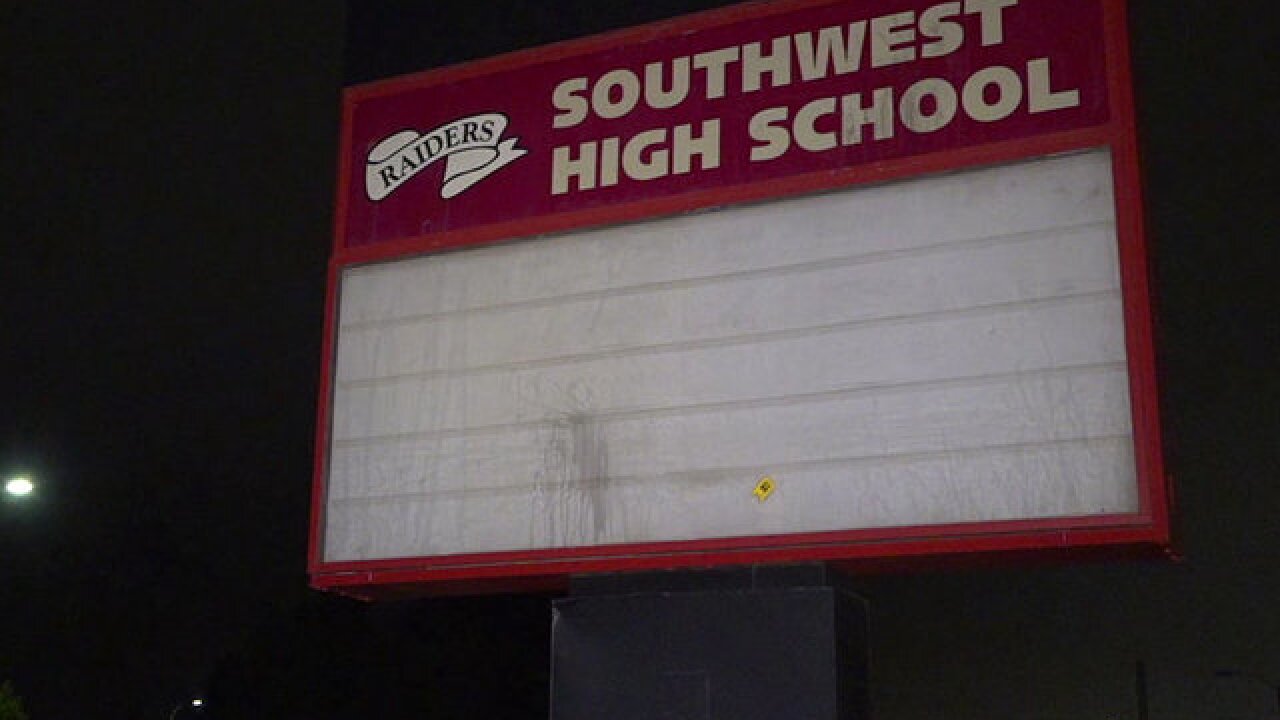 SAN DIEGO (CNS) - A Southwest High School student was detained today for displaying what initially appeared to be a firearm over his home computer during a remote-learning class, police reported.

A staff member at the Hollister Street campus reported the potential threat shortly before 9:30 a.m., according to San Diego police.

Patrol personnel went to the teen's nearby Nestor-area home and called him out, then took him into custody for questioning, Officer Scott Lockwood said.

After the youth -- who turned out to be in possession of a BB gun, not a real firearm -- complained of shortness of breath, medics transported him to Rady Children's Hospital for an evaluation.

The student, whose identity was withheld, was not expected to face any criminal charges over the incident but will undergo a psychiatric screening intended to determine the motivation for his actions, Lockwood said.