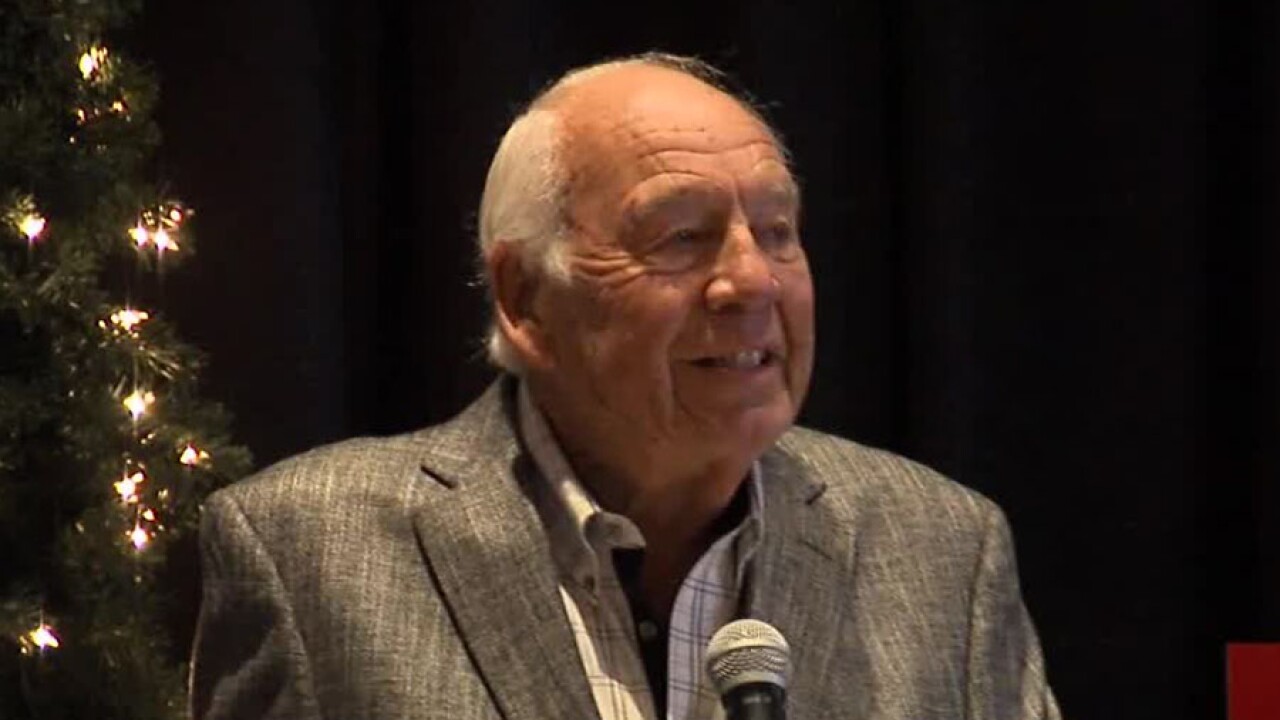 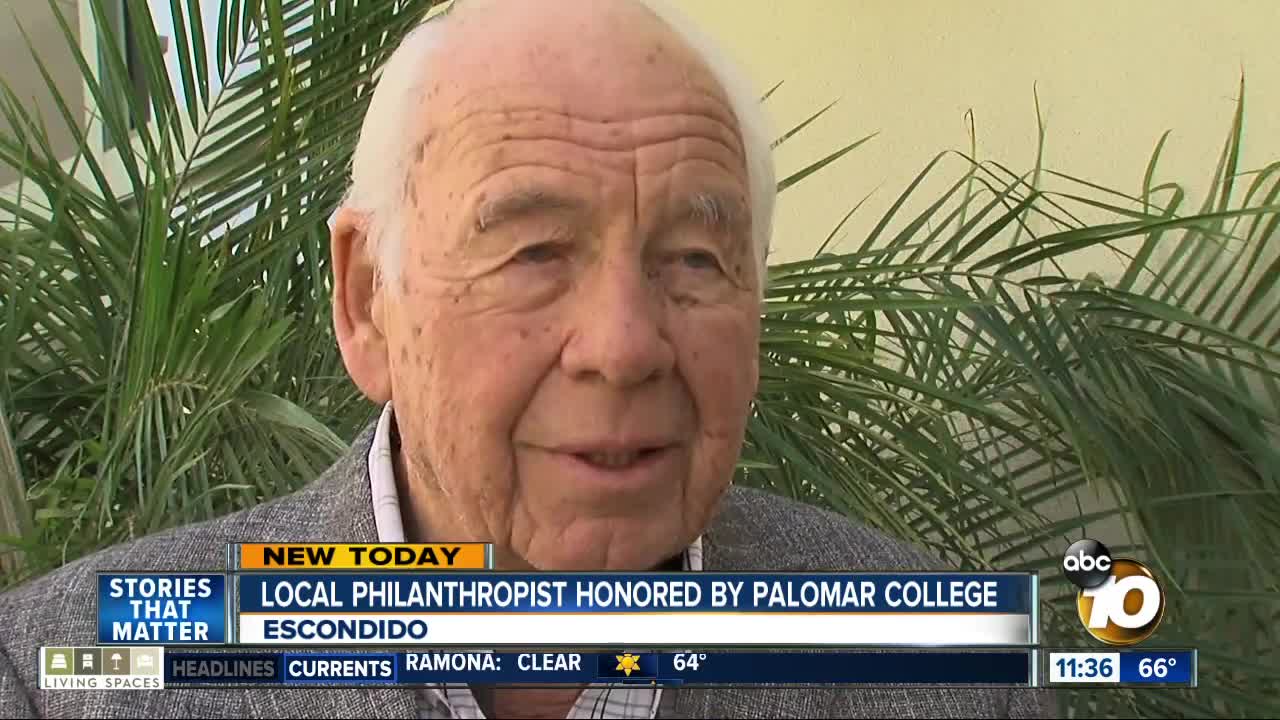 ESCONDIDO, Calif. (KGTV) - A local businessman who recently donated $1 million to help victims of the Camp Fire was honored for another generous donation.

Bob Wilson said the last couple of weeks have been an "incredible odyssey," describing the now famous donations he made to Paradise High School last month and the national recognition it has garnered.

Wilson said meeting victims of the Camp Fire in Northern California is an experience that will stay with him.

Wilson, an executive with Duckett-Wilson Development Co. and partner in a chain of several Fish Market restaurants, gave 980 Paradise High students and 105 staff/faculty members $1,000 each. He said being able to directly hand them the money and giving them total freedom to decide how to spend it has left an indelible impression on him.

In an interview with 10News shortly before making the donation, Wilson said, “$1,000 isn’t going to rebuild their house. It is not going to put them back in high school. But if they get some sense that somebody else cares about their welfare and did something about it, I guess I would be happy about that."

Wilson's philanthropic effort led to the Anita and Stan Maag Food and Nutrition Center, which opened in October and serves students at Palomar College who suffer from food insecurity.

Wilson chose to name it after his late friend and his wife, who both went to the school.

Wilson has done other philanthropic acts locally. In 1998, he and his wife Marion donated $2 million to his alma mater, Escondido High School, when the campus was in need for an upgrade to the football stadium. It is now called "Bob and Marion Wilson Stadium."