Time running out for opponents of proposed recycling plant in Escondido 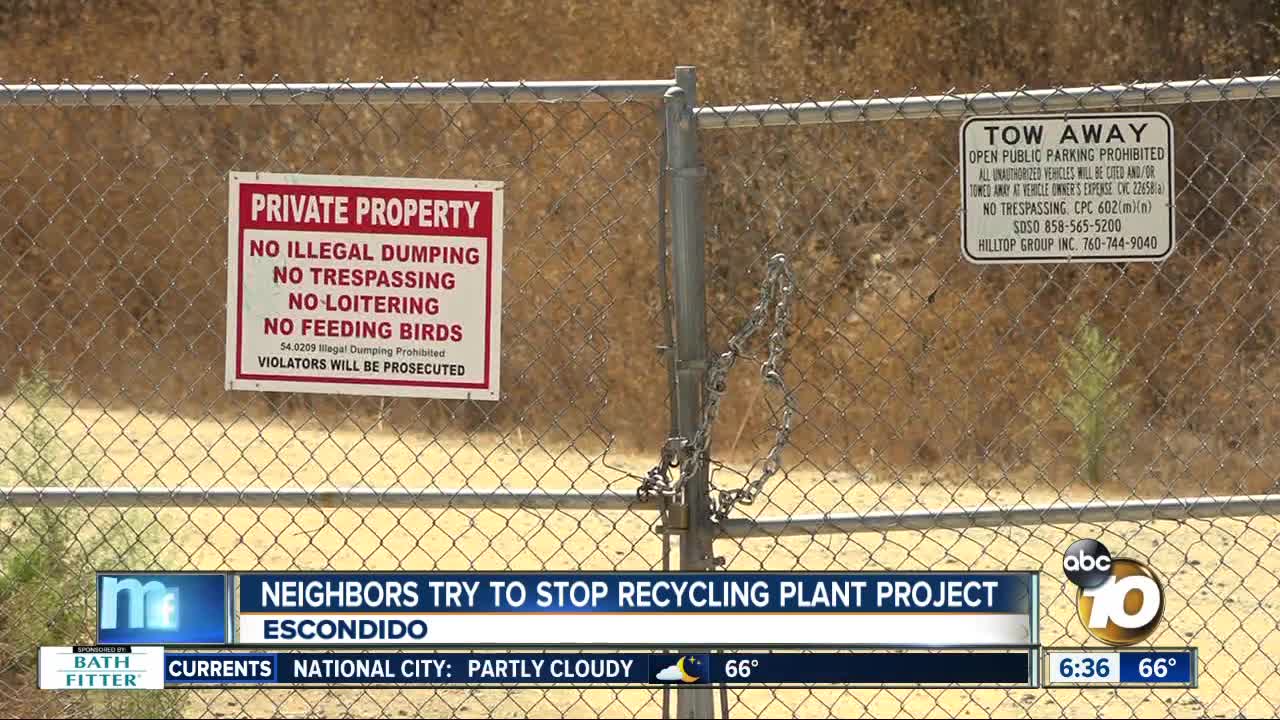 Opponents of a proposed recycling plant in the Escondido area are planning to write a letter in hopes of getting it stopped.

ESCONDIDO, Calif. (KGTV) -- Time is running out for people who don’t want a new recycling plant built in Escondido, as the planning commission is set to make a decision soon.

Neighbors are worried that if the plant is built, they’ll have to deal with issues like traffic, fire hazards, and increased air pollution. The residents plan to write a letter of complaint to the planning commission hoping it’s enough to keep the plant away.

Nancie Froning, who lives in the area, said, “We’re concerned about the particles in the dust when the winds are blowing going into neighborhoods … the project is not appropriate for this area.”

When the developer, Hilltop Group Inc., turned in their application in 2011 the county required an environmental impact report.

But now county officials say it’s not needed because the project is eligible for approval under different guidelines.

A spokesperson for the company said they’ve already met all the codes and zoning requirements. The spokesperson also said the company has also done studies to make sure they’re in compliance with all the rules and regulations.