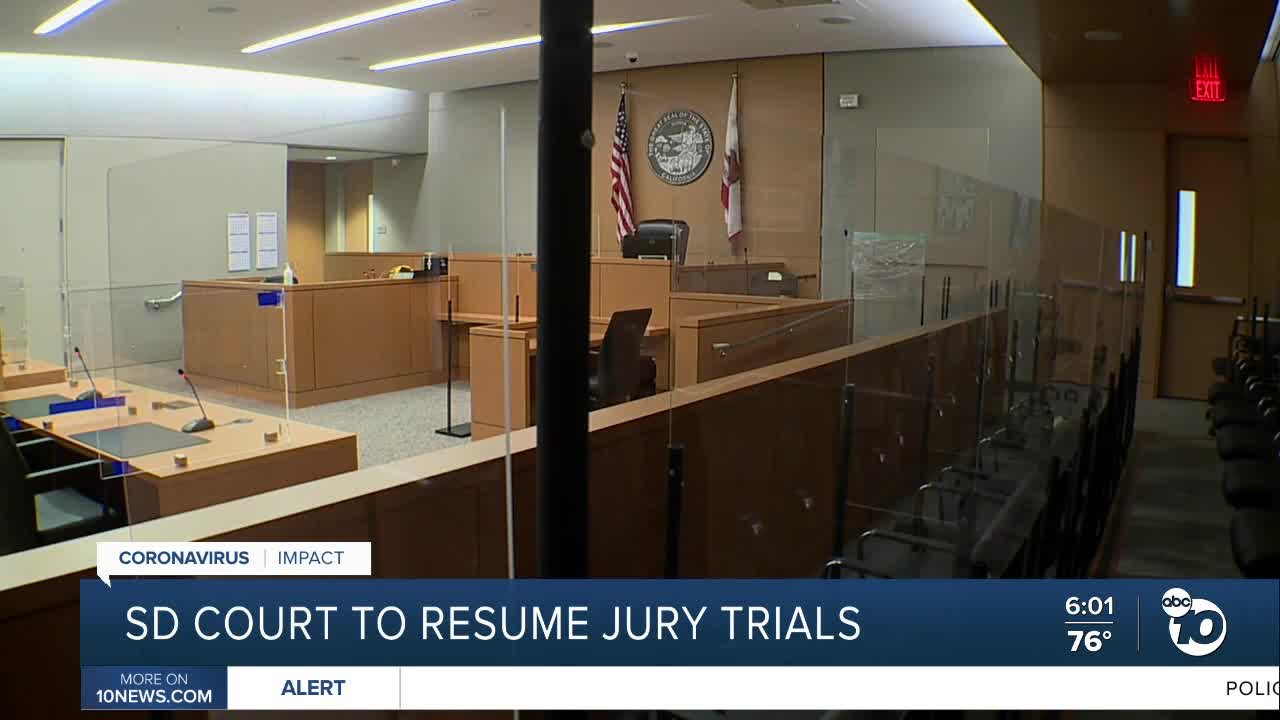 The Downtown Central Courthouse plans to resume jury trials in two weeks after a six-month postponement during the shutdown, but there are concerns about the massive backlog of cases and keeping jurors safe.

SAN DIEGO (KGTV) - The Downtown Central Courthouse plans to resume jury trials in two weeks after a six-month postponement during the shutdown, but there are concerns about the massive backlog of cases and keeping jurors safe. Non-jury trials are currently in progress through a remote virtual process.

“I do have an incredible backlog, not only in criminal but also in civil cases,” said San Diego Superior Court Presiding Judge Lorna Alksne on Monday. So far, 900 jury duty summonses have been sent out for telephonic standby for in-person appearances in groups of 70 people. “The jury lounge [holds] 500 to 600 people but instead of that were going to bring in 70 [people and] socially distance them,” she added.

Those people who are selected for jury will sit in courtrooms which have been retrofitted with protective measures like plexiglass barriers. Judge Alksne said there around about 2,400 criminal cases ready for trial that must be reset. Beyond that, there are thousands of other criminal proceedings to get to. “There's about 17,000 other things that need to be reset before they can even get to a trial,” she added.

Civil cases are another obstacle. A spokesperson for the Courthouse confirmed that there are approximately 54,000 civil cases that are pending. There are about 2,800 that are ready to go to trial but Judge Alksne said Monday that civil jury trials likely won't resume until sometime in 2021.

“The only way that I'm going to beat this backlog is if jurors come in for jury service so if you feel like you're able to serve, we would ask you to respond to the summons and come into court and help us get the jury trials started again,” she added.

She noted that civil bench trials will start in mid-October and in-person arraignments will start on November 1st.