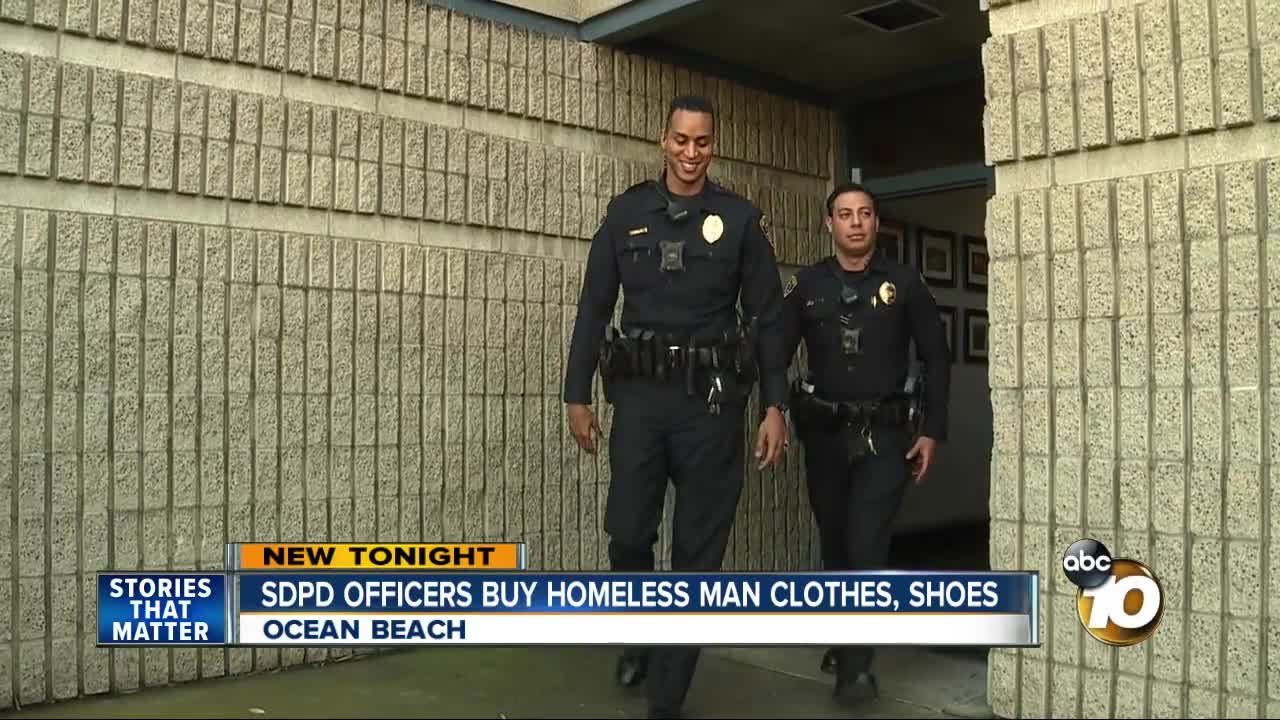 Two San Diego police officers responding to a call for a shoplifter in Ocean Beach ended up buying the suspect clothes and shoes instead of arresting him.

SAN DIEGO (KGTV) — Two San Diego police officers responding to a call for a shoplifter in Ocean Beach ended up buying the suspect clothes and shoes instead of arresting him.

It happened on Jan. 6 around 5 a.m. at the location on Sunset Cliffs Blvd. SDPD officers Christian Nimmons and Dominic Collins said employees at the drugstore reported that a homeless man had come in, stolen a sweatshirt and refused to leave.

The store declined to press charges but wanted the man out of the store.

But knowing it was very cold outside, and seeing the man also didn't have a shirt or socks and shoes, the officers decided to buy them for him.

"We looked at each other, asked how much the sweatshirt was going to cost, and had the same mutual decision of giving him the sweatshirt," said Collins.

Both men told 10News it was simply the right thing to do and part of their job as officers to show compassion for those they come in contact with.

"I think he was more shocked that cops were doing something for him," Nimmons said. "We couldn't leave him like that. That was really it. It's what we joined to do. To help people."

The man, only known to the officers as Daniel, reportedly put on the items and left.