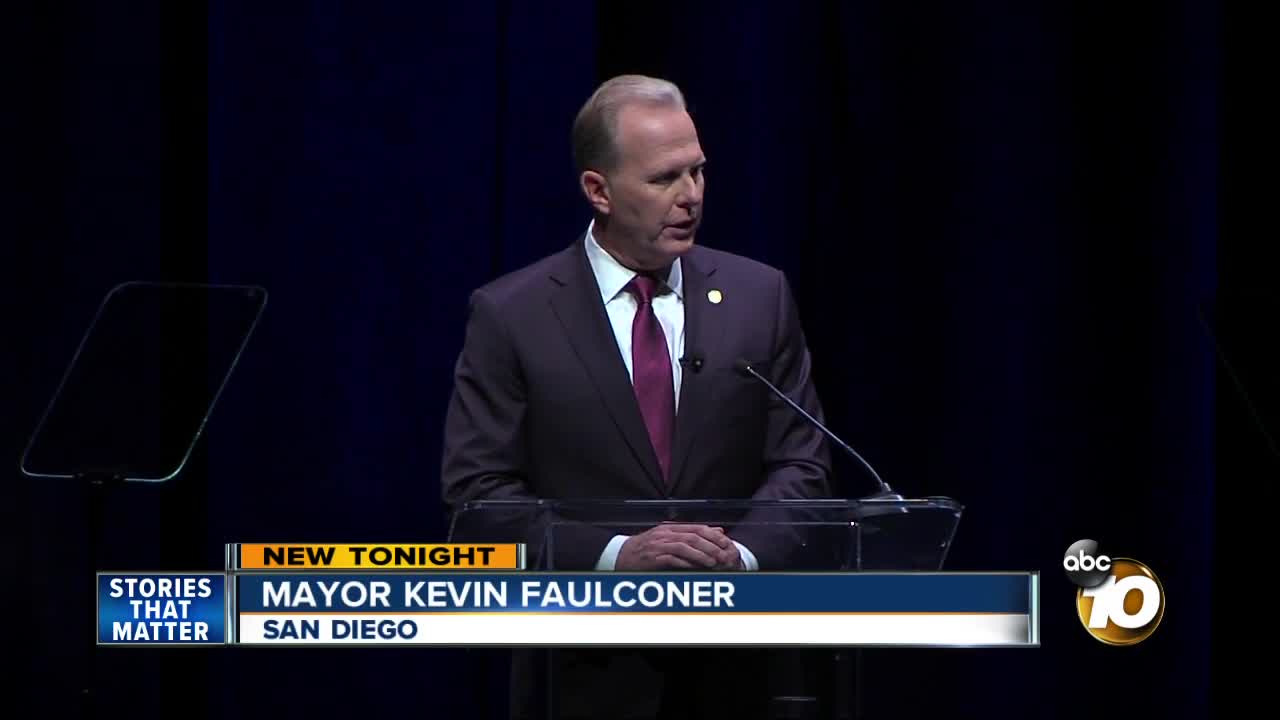 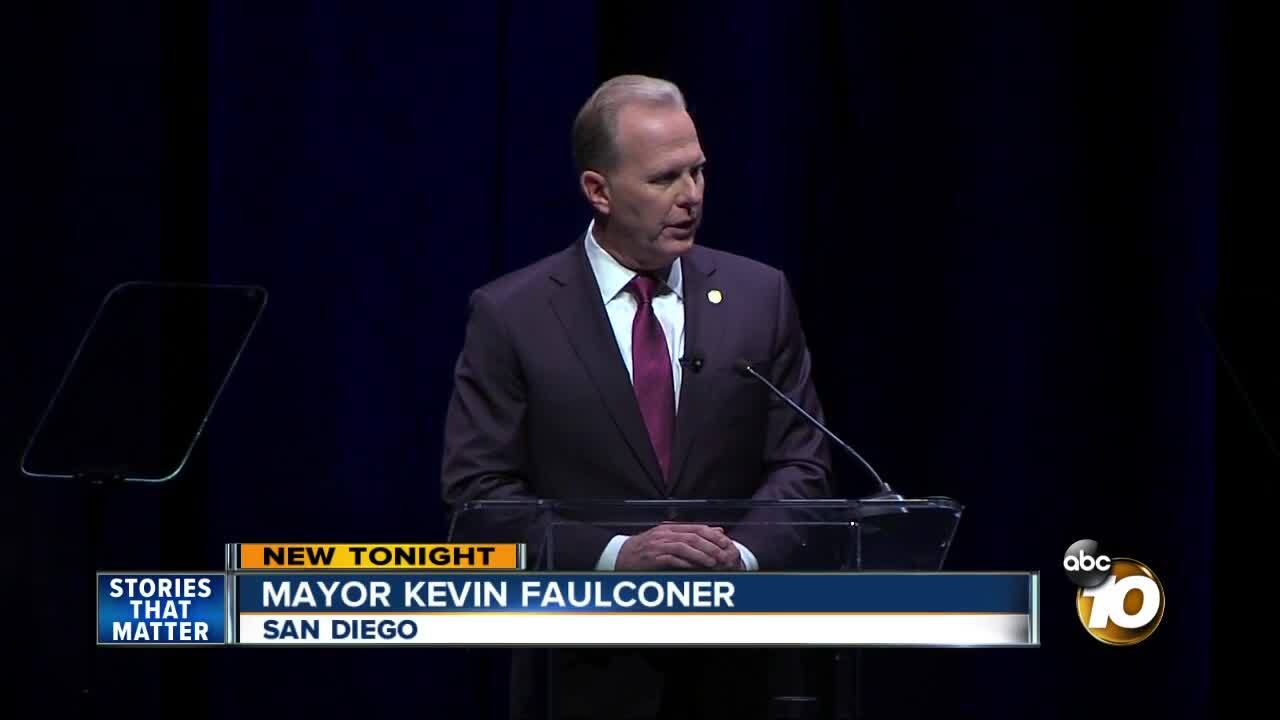 Housing and Homeless solutions were at the forefront of his vision for 2020.

“This will be a year of action,” Faulconer said. “This is the fourth quarter. There is work to do. We’re not slowing down.”

The Mayor announced a partnership with the County of San Diego to tackle drug and mental problems faced by the city’s homeless population.

“We will deploy mental health teams to all the city’s bridge shelter and place people with severe addiction in residential care. And follow it up with a significant increase in County resources to make sure everyone who is struggling with addiction and mental illness is directly connected to housing and treatment, “ he said.

“I am also excited to announce a public-private partnership to open the County’s first bridge shelter to support these mental health efforts,” he added.

In the spring, Faulconer said he’ll deliver a plan to the city council that will stop putting neighborhoods against more housing. He says his plan will incentivize housing developers to fund improvements like parks, sidewalks, and bike lanes.