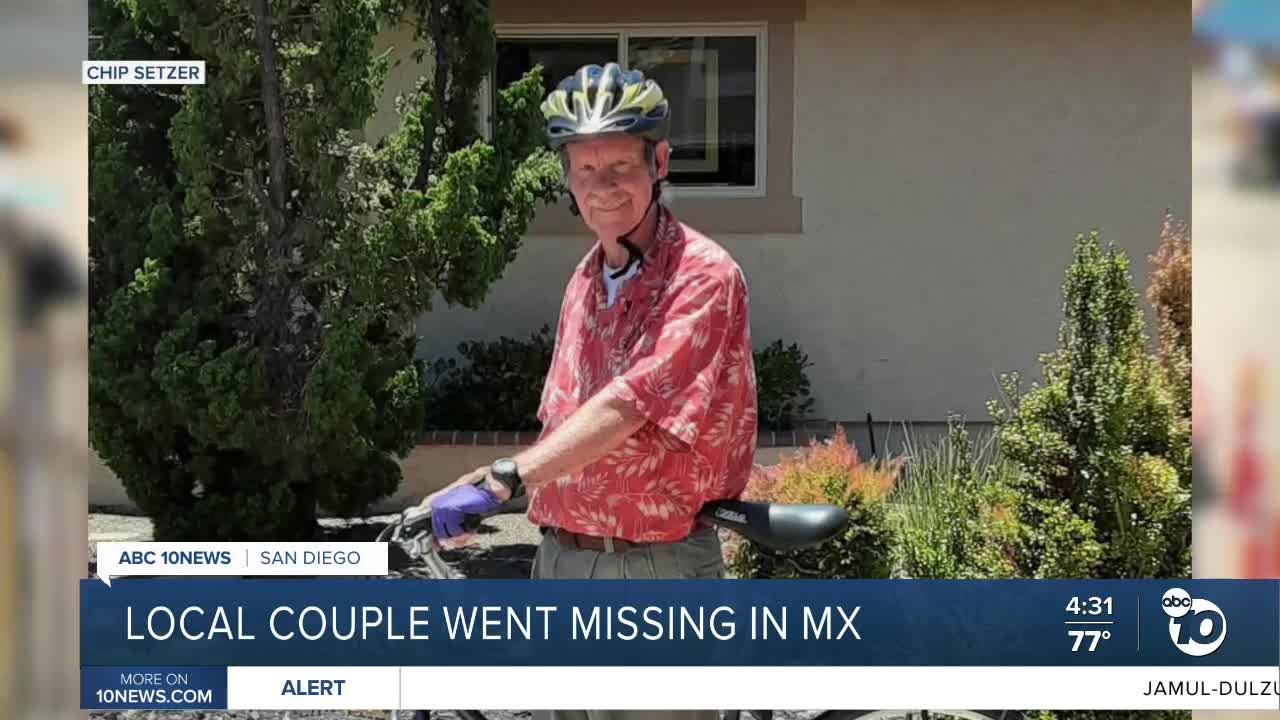 SAN DIEGO (KGTV) - Local family members are reacting to the news that the bodies of two San Diegans who went missing in Mexico have reportedly been found in a well in Baja, California.

According to the Associated Press, the Baja California state prosecutor’s office said in a statement that 78-year-old Ian Hirschsohn and 73-year-old Kathy Harvey were discovered in a well, south of Ensenada, Mexico.

On Tuesday, the U.S. State Department sent ABC10 News the following statement: “The U.S. Department of State's top priority is the safety and security of U.S. citizens. We are aware of reports that local authorities have discovered the remains of two people near San Quintin and are closely monitoring their ongoing investigation.”

On Tuesday, ABC10 News spoke to Hirschsohn's son-in-law over the phone. He said that family members are not yet ready to go on-camera but they want viewers to know what a senseless tragedy this is. They’re trying to accept the reality that Hirschsohn and Harvey may have been murdered but they’re yet entirely convinced that the bodies found are those of the retired couple. However, San Diego Police confirmed Tuesday that positive identification was made.

“He went to Mexico a lot. I'd say he went down at least every couple of months,” Hirschsohn’s Solana Beach neighbor and friend Jim Dietz told ABC10 News on Tuesday. He described Hirschsohn has a highly-intelligent, active and well-traveled man. Those words were echoed by his son-in-law.

“He was a real gentleman. He wouldn't say an unkind word about anybody,” said Dietz who added, “I feel very bad for [his kids] because they lost their mother a few years ago and now they lose their father in this kind of a tragic way. My heart goes out to them.”

On Tuesday, ABC10 News reached out to the Baja California state prosecutor’s office and Kathy Harvey’s family. We are waiting for responses.