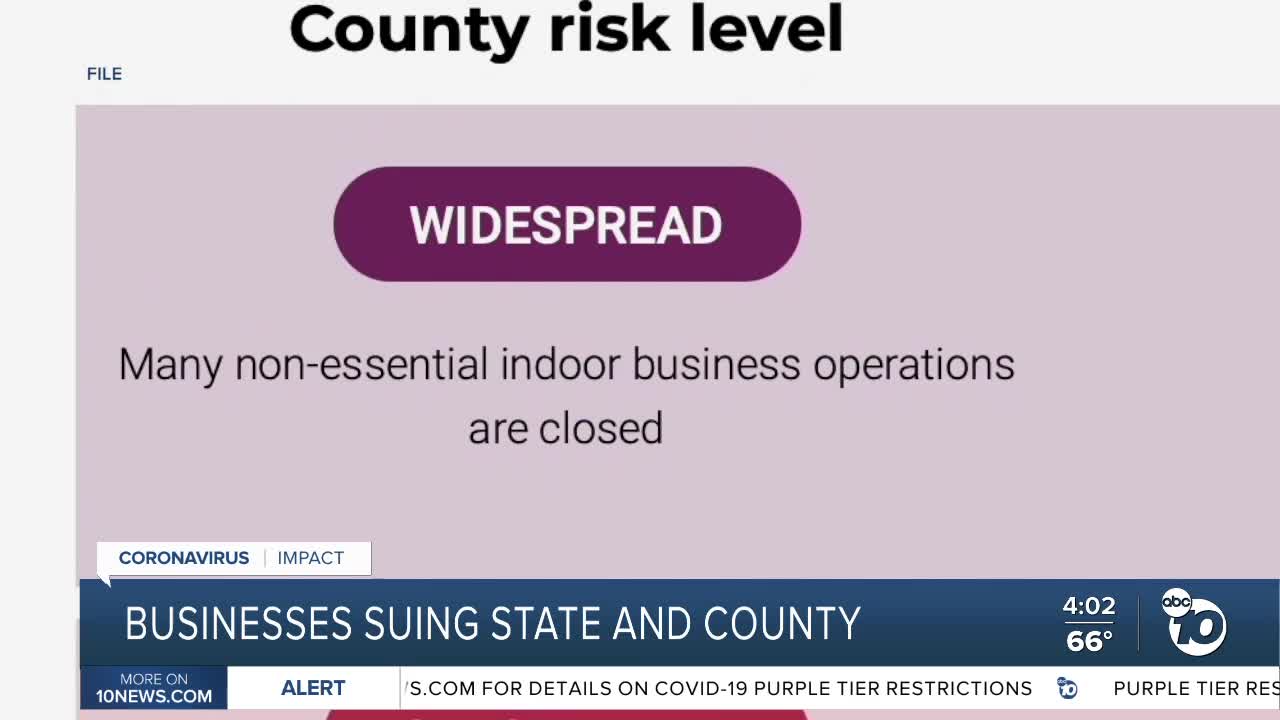 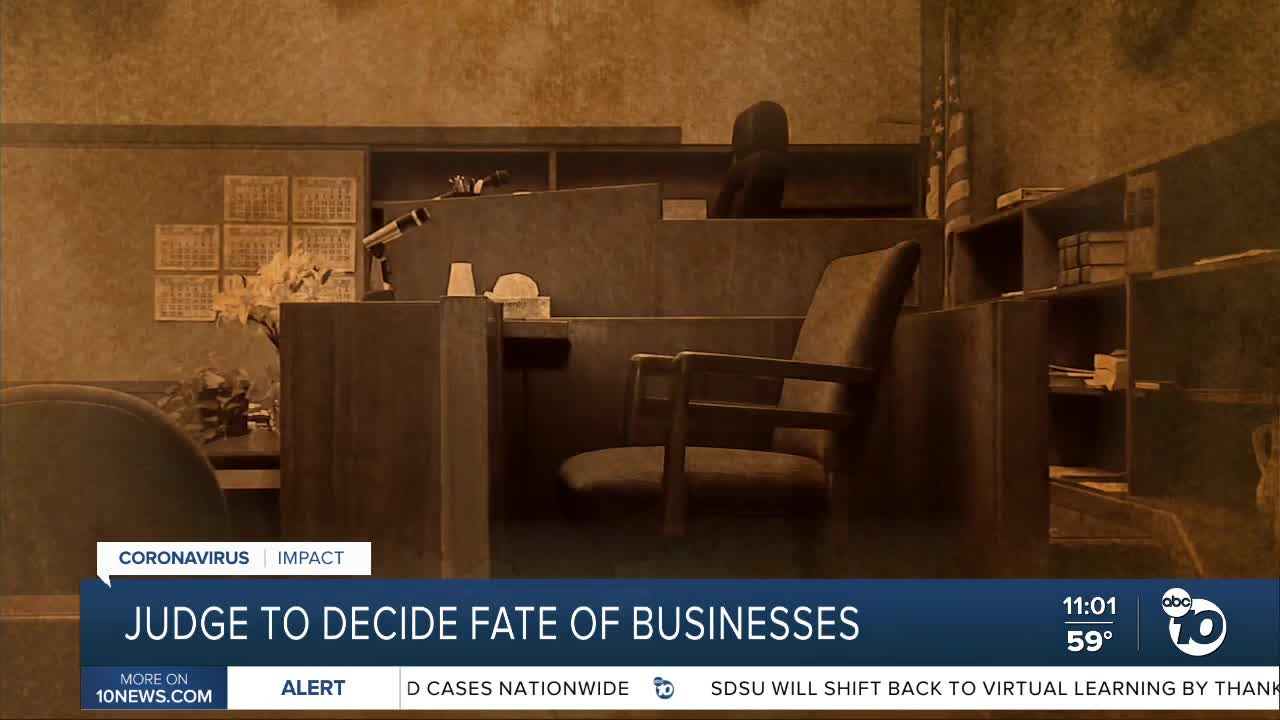 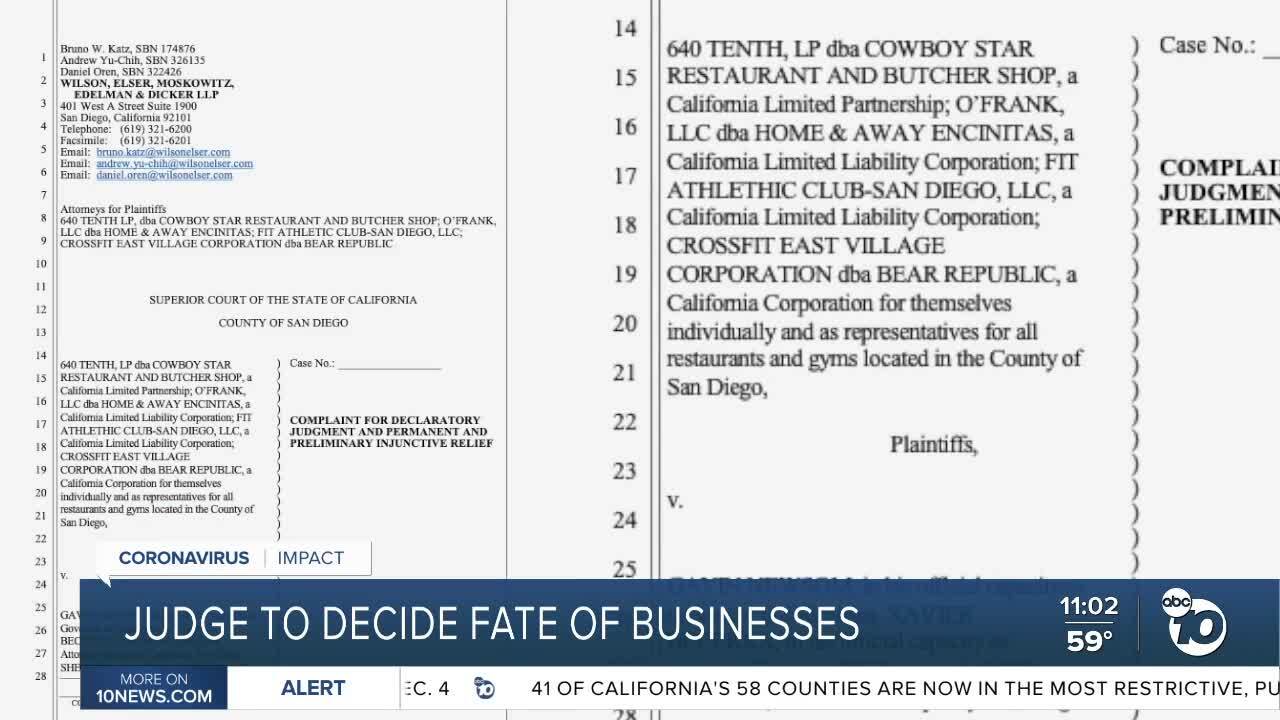 SAN DIEGO (KGTV) - In a downtown courtroom on Friday afternoon, attorneys battled over a request to halt the shutdown orders for San Diego bars, restaurants, and gyms.

Attorney Bruno Katz is representing a group of local businesses like Cowboy Star restaurant and Bear Republic Crossfit gym, which are seeking an emergency injunction.

He told the judge, “What I do want to say, your Honor, is that the temporary restraining order is based on data. It’s based on facts. It’s based on science and it's based on the state not showing why it has targeted these industries when the science and data doesn't support it.”

The state argued that the damage to businesses pales in comparison to the damage on human life.

“There's nearly a thousand dead San Diegans and the numbers are getting dramatically worse and have been for the last couple of weeks,” said state Deputy Attorney General Jonathan Eisenberg.

Restaurants and gyms were open for indoor operations with limited capacities under the red tier. However, last Saturday’s move to the purple tier forced them to shutdown indoor services completely and move outside. They're suing Governor Newsom and San Diego County, arguing that the closures go against their rights and are causing financial devastation.

The suit was filed on behalf of all restaurants and gyms.

Local owner of The Studio SD fitness studio Rachel Racz spoke to ABC10 News before Friday’s hearing. She told ABC10 News in part, “It's been rough to shut down business again when people were feeling normal and then we see the County of San Diego's Department of Health say that gyms are only point .4% of cases in San Diego and it's really frustrating as a business owner where we have these ebbs and flows- where we can be open and then we can’t.”

Superior Court Judge Kenneth J. Medel stated that he would have a ruling by 5 p.m. on Friday. If not, he said he would issue his decision on Monday.