Mission Beach resident taking city maintenance into his own hands 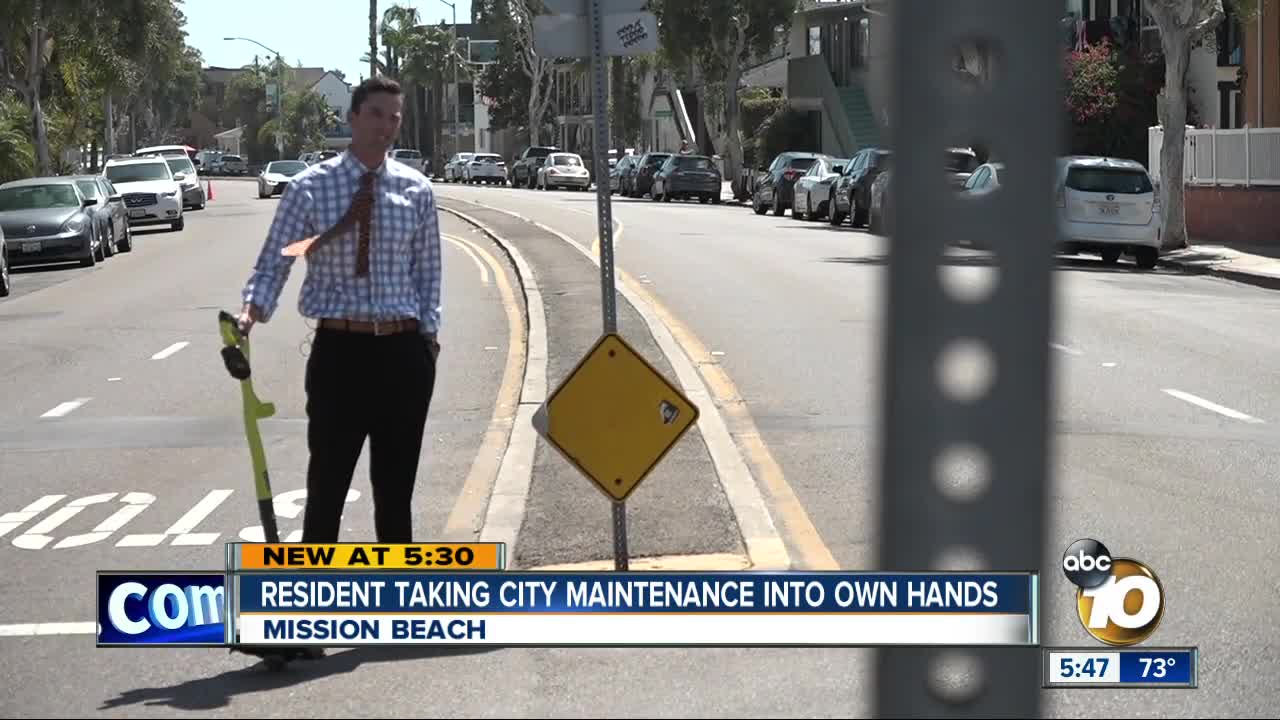 A Mission Beach resident is taking local beautification into his own hands.

SAN DIEGO (KGTV) — A lifelong San Diego resident says he's sick of seeing overgrown brush in local medians — and he's willing to put himself in the weeds to resolve it.

"Great people, great vibes, unfortunately our aesthetics aren't matching up to the great vibes right now," Huntington says. Next to a traffic sign, he says, "the weed was literally growing this high all around this."

While some may be used to the weeds sprouting from Mission Blvd. medians, Huntington said he can't ignore the eyesore anymore.

"I don't think anyone wants to see their beach look like this when the come to visit it," Huntington said.

So the mortgage loan officer has been cleaning up the medians in his spare time. He first uses a weed wacker to cut down the brush, then rakes out the weeds, and finally sweeps and cleans them up.

He's been posting his progress on social media. And it's not just Mission Beach.

Huntington has complained to the city and is frustrated with their response. But officials tell us they are trying to make this issue a priority.

The mayor's allocated over a million dollars for vegetation and brush abatement in the current fiscal year. With that money the city has cleaned up weeds on 42 miles of median, completing more than 200 requests since July 1.

The city blames excessive weed and vegetation growth to the wet winter and spring.

Huntington plans to tackle other areas of the city, and says he'd be pleasantly surprised if the city beats him to it.