On Tuesday, the first trolley cars quietly glided along the tracks into the new Tecolote Station, which is along the extended corridor. Eventually, the line will serve points from downtown San Diego north to UC San Diego and University Town Centre. Construction began in 2016.

On Tuesday, the first trolley cars quietly glided along the tracks into the new Tecolote Station, which is along the extended corridor. Tuesday also marks the beginning of the train testing phase of the project and the official transfer of responsibility from SANDAG to MTS. 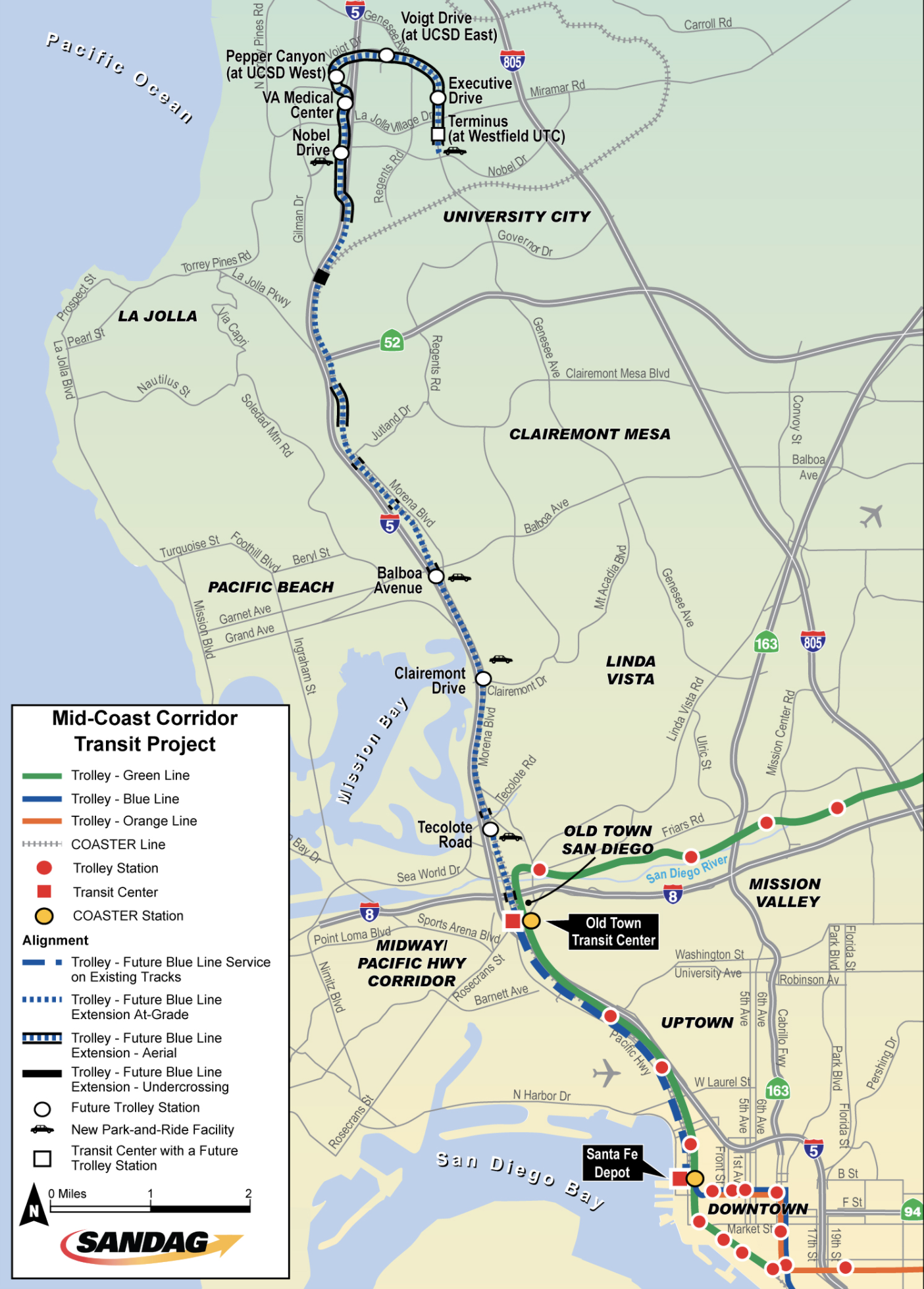 SANDAG Chair and Encinitas Mayor Catherine Blakespear made the ceremonial hand-off, calling it an exciting new chapter for San Diego.

"This is a line that goes to the north, to UTC, UC San Diego, and to places like the VA Medical Center. It'll allow people to transport themselves to their medical appointments, to work, and to school ... and is an exciting opportunity to expand transportation options to San Diegans who have been underserved," said Blakespear.

MTS will oversee train testing in the coming months to be sure everything is ready for full operations in the fall.