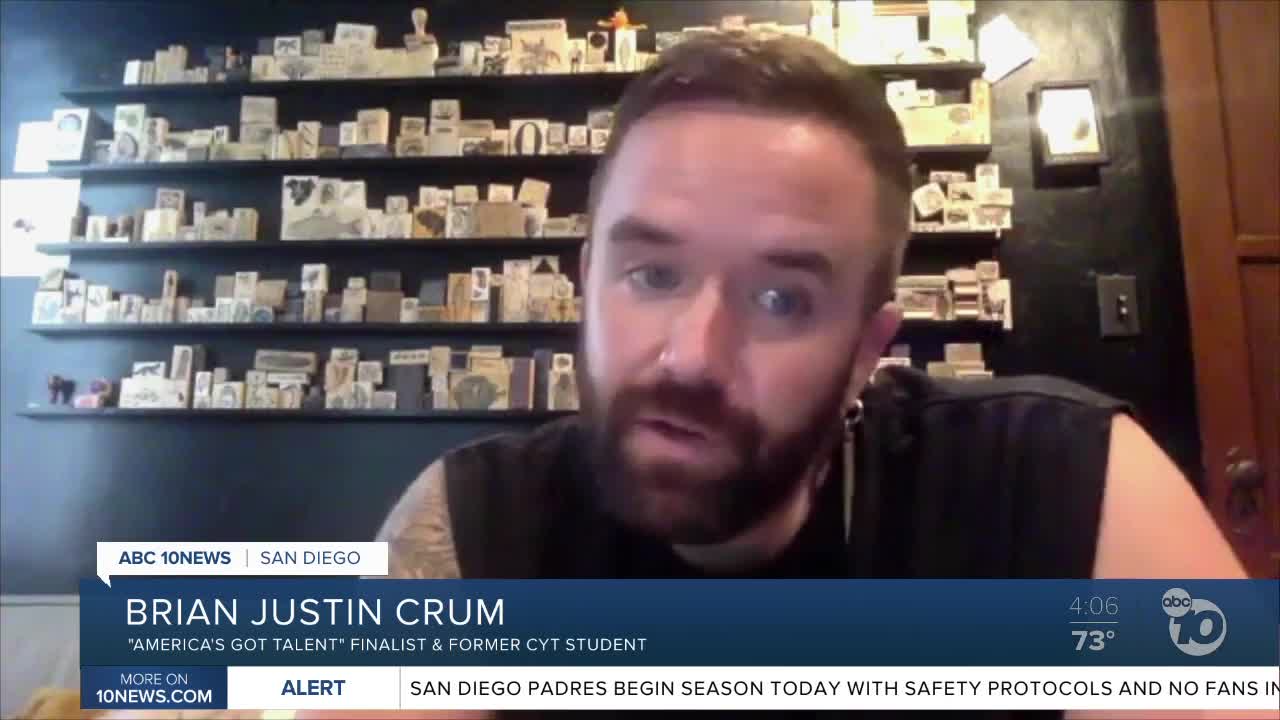 “We are fully committed to the safety of every single child and we are grieving for every single individual whom we love and we care so deeply for. We apologize. [We] love you,” Cox added.

The El Cajon-based program was founded 40 years ago and is for students ranging from 4 years old to 18 years old. CYT claims to be the largest youth theater group in the country with branches nationwide.

Artist Brian Justin Crum, who went on to become a finalist on America's Got Talent, told ABC10 News on Friday that when he was 13 years old, his former CYT teacher invited him to a gay pride event.

“I remember him questioning my sexuality and saying basically, like, you should come to this thing and see what you think and see how you feel when you're there and we can go together. I'll take you,” Crum said. “It was creepy. It felt inappropriate.”

Crum said he was not assaulted but boundaries were crossed.

“There was definitely a culture there where the teachers and the students were too close,” he added.

On Tuesday, attorney Jessica Pride told ABC10 News that she's representing a former student who claims to have been sexually abused and several other former students have been contacting the law firm.

“I think over the next couple of weeks as things unfold, you're going to see that this was just rampant at CYT and that they didn't do anything to protect these children,” said Pride.

When asked Friday about whether staff ignored complaints from former students against former teachers, Cox replied, “I can't answer that. I don't have enough knowledge to know what decisions were made at that time and that's part of our investigation to find out.”

Cox told reporters that CYT is starting a diversity committee and looking at doing restructuring to diminish favoritism, nepotism, and discrimination. She said CYT is committed to transparency.

San Diego Police told ABC10 News Tuesday that its Sex Crimes Unit is conducting an investigation in which there is an association with CYT.

An advocate for several of the alleged victims is asking for any other possible victims to come forward. Loxie Gant can be reached at Loxie@forbelleconsulting.com or 858-382-5694.

CYT is also asking for alleged victims to contact them. Cox can be reached at Janie@cyt.org.