Officers from the San Diego Police Department and California Highway Patrol were called to incidents in the following areas:

OCEAN BEACH: A man escaped serious injury after SDPD officials said he lost control of his car and slammed into a light pole in the 4600 block of Voltaire Street just before 11:30 p.m. Thursday.

The pole toppled over and fell onto the fence of a nearby home, and the BMW involved was totaled.

ABC 10News learned that the driver was not found to be under the influence of drugs or alcohol, and he did not suffer any injuries.

City workers were called to the scene to repair the downed pole. 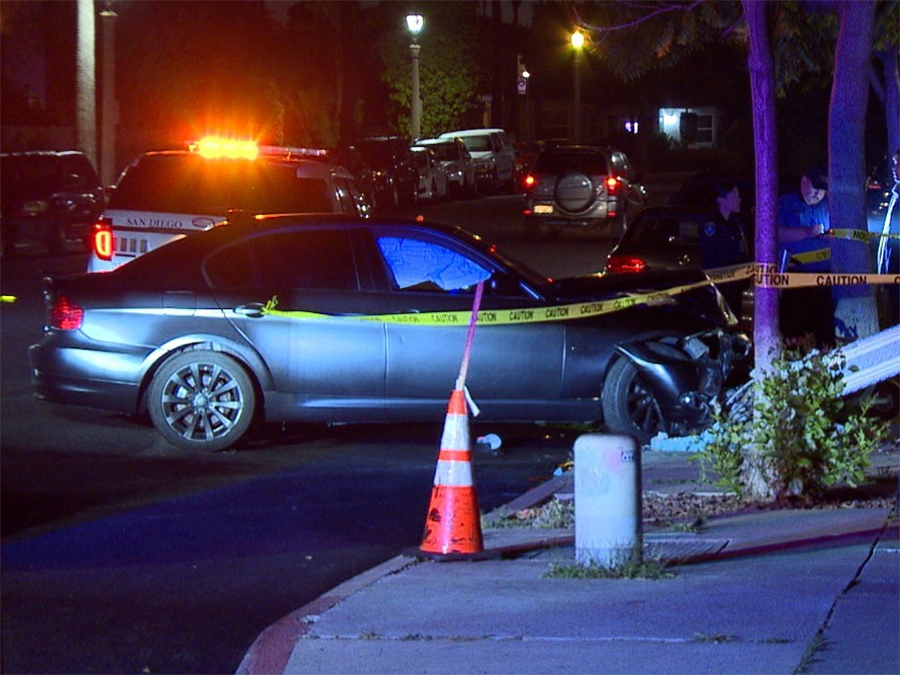 EAST VILLAGE: A car crashed into the back of a parked box truck on Tony Gwynn Drive, in front of Petco Park, at around 12:30 a.m. Friday, SDPD officials said.

Two people were in the car at the time of the crash, and one of the occupants was taken to the hospital with undisclosed injuries.

There is no word on what led to the crash. 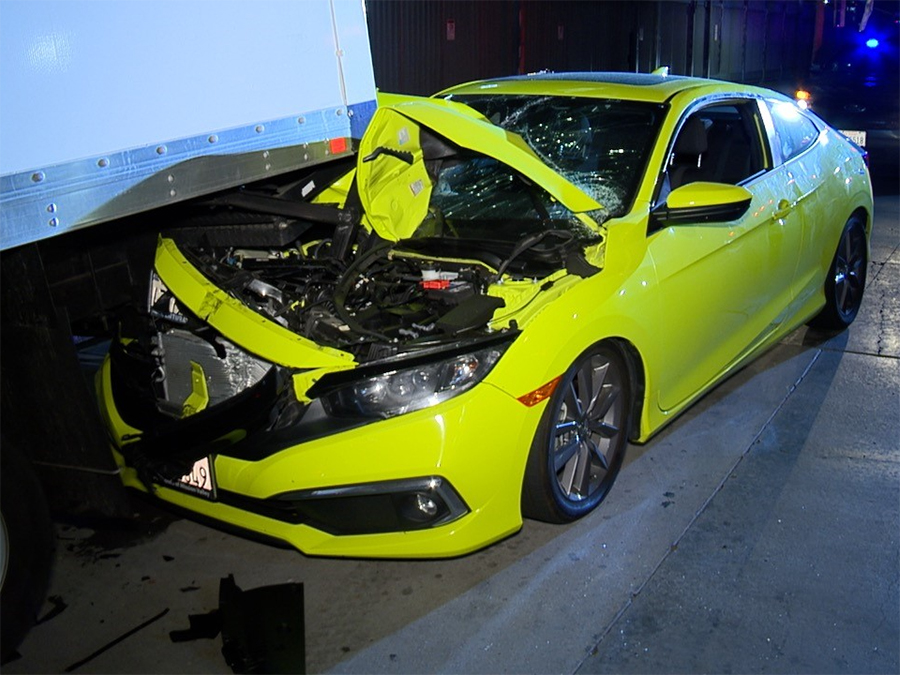 CITY HEIGHTS: A driver was arrested on suspicion of DUI after CHP officials said he lost control of his car and rolled over on the University Avenue off-ramp from northbound Interstate 15.

The car ended up upside down and blocked lanes at around 12:55 a.m.

The driver, who was the only person in the vehicle, was checked at the scene for injuries and underwent field sobriety tests.

He was eventually taken into custody on suspicion of driving under the influence.

No other vehicles were involved in the wreck. 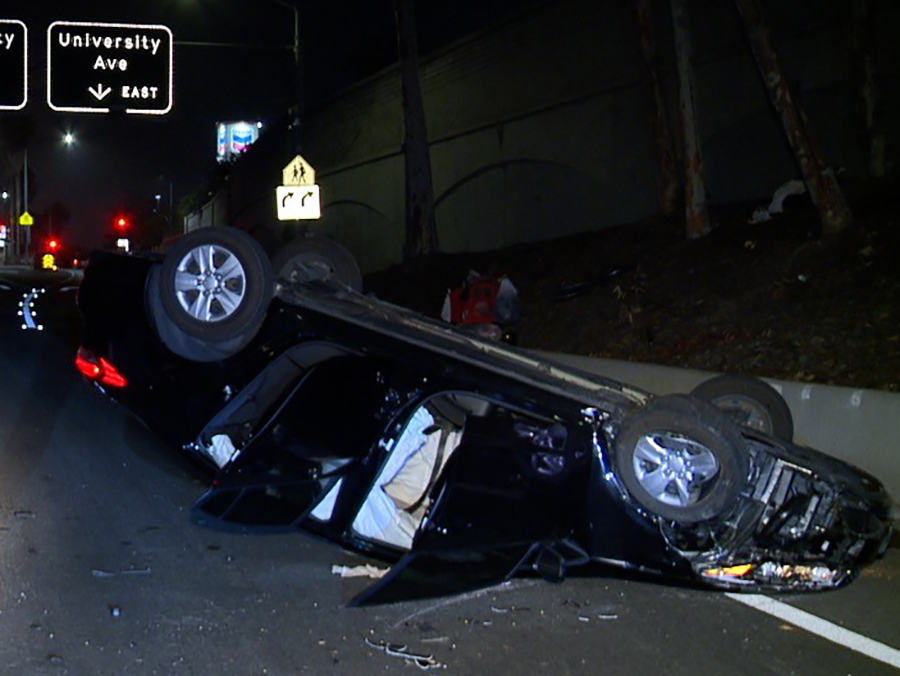 PARADISE HILLS: Police are looking for the driver of a Ford Mustang that crashed into the back of a tractor trailer that was parked on Paradise Valley Road, near Deep Dell Road.

Officers and firefighters responded just after 2:35 a.m. and arrived to find the car underneath the back of the trailer, but the driver was nowhere to be found.

The tractor trailer was unoccupied at the time of the collision. 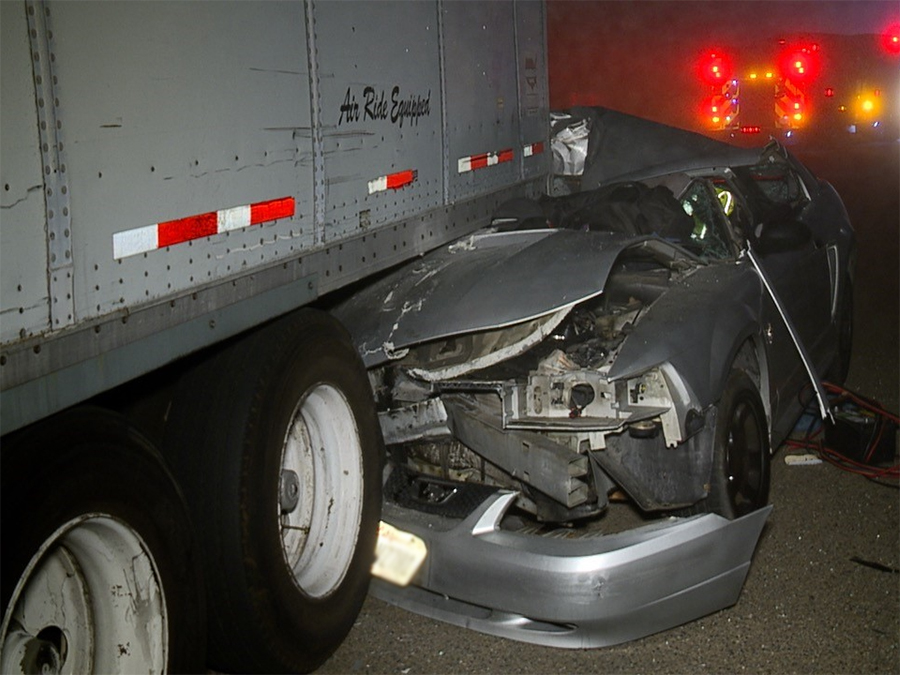