Claims that mass group of SD cyclists became unruly, video of a fight 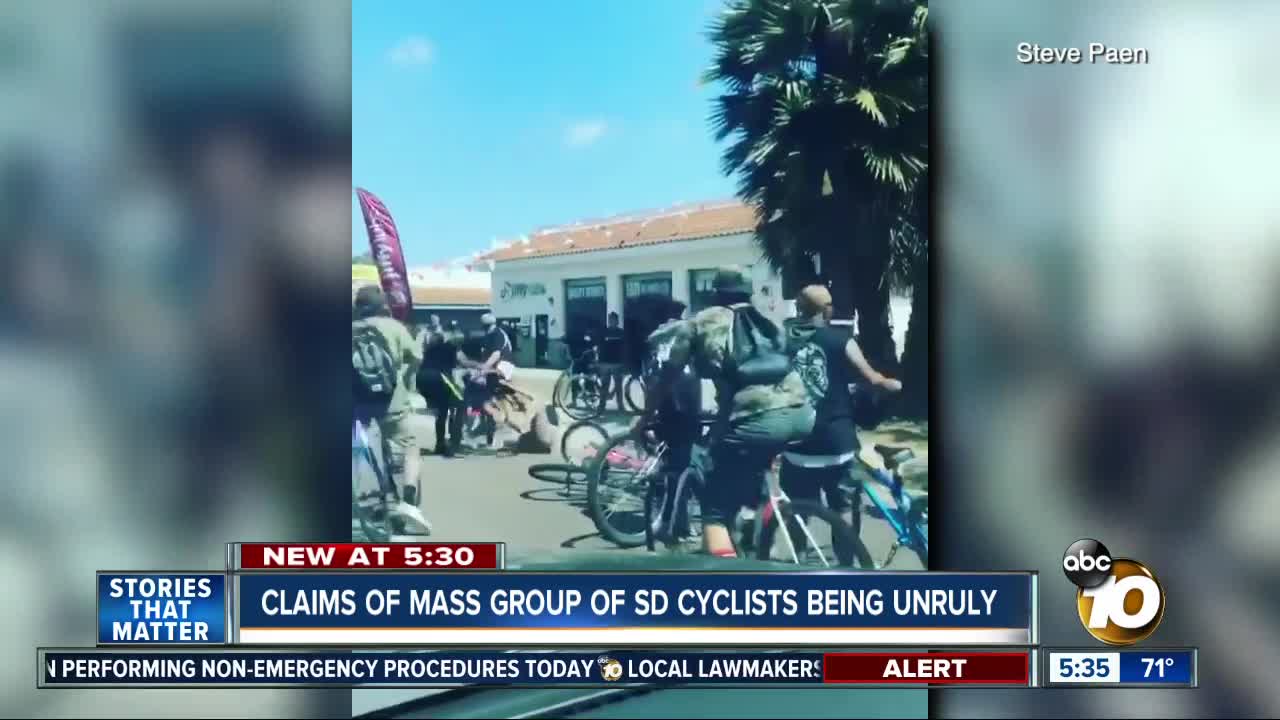 SAN DIEGO (KGTV) - Some people around a few of the San Diego beach communities are upset after reports that a massive group of unruly bike riders rolled through the streets this past Sunday, disrespecting pedestrians and disregarding traffic signs. 10News has video of a fight that broke out during the chaos in Pacific Beach.

“We were at a stoplight and then this massive bike brigade [started] rolling down Garnet, heading east, and it looked like there were maybe a 100 or 200 of them just rolling down the street,” said Pacific Beach resident Steve Paen.

On Monday, he told 10News that he shot video on his phone of a fight that broke out and then he called police. The video appears to show a woman who gets knocked to the ground and kicked by cyclists. Paen said she was a motorist who got out of her car to scold some of the cyclists.

“[A cyclist] starts to kick on her and picks on her and it just becomes this mob mentality of bikers on this one woman who was going to yell at this [cyclist] for basically running a red light,” he said and added, “There was literally no one wearing masks or any type of gloves [and they were] all within close proximity of each other.”

A person who lives in Mission Beach and runs the MissionBeach.SD Instagram page said a mass group came through their neighborhood, too.

There's also video from someone who lives in Ocean Beach that shows what he and others said they believe was the same group going down Newport Avenue earlier in the day. 10News also spoke to the owner of the Ace Tattoo Surf Check YouTube page. He said he witnessed the cyclists and said they were peaceful.

Paen told 10News that the riders in PB were unruly and rowdy. “[They were] flipping their fingers at cars [and] spitting at people,” he told 10News and added, “They were just whizzing by stop signs and past pedestrians and cars. It just seemed like they had immunity to anything on the road that was against them.”

A spokesperson for the San Diego Police Department said that officers were monitoring the bike ride. They reportedly responded to the fight in PB but neither party wanted to take a report. There were no arrests or citations issued.

10News reached out to the group that some say organized the bike ride. We are waiting for a response.