Campa-Najjar, Issa turn attention to each other in 50th District race 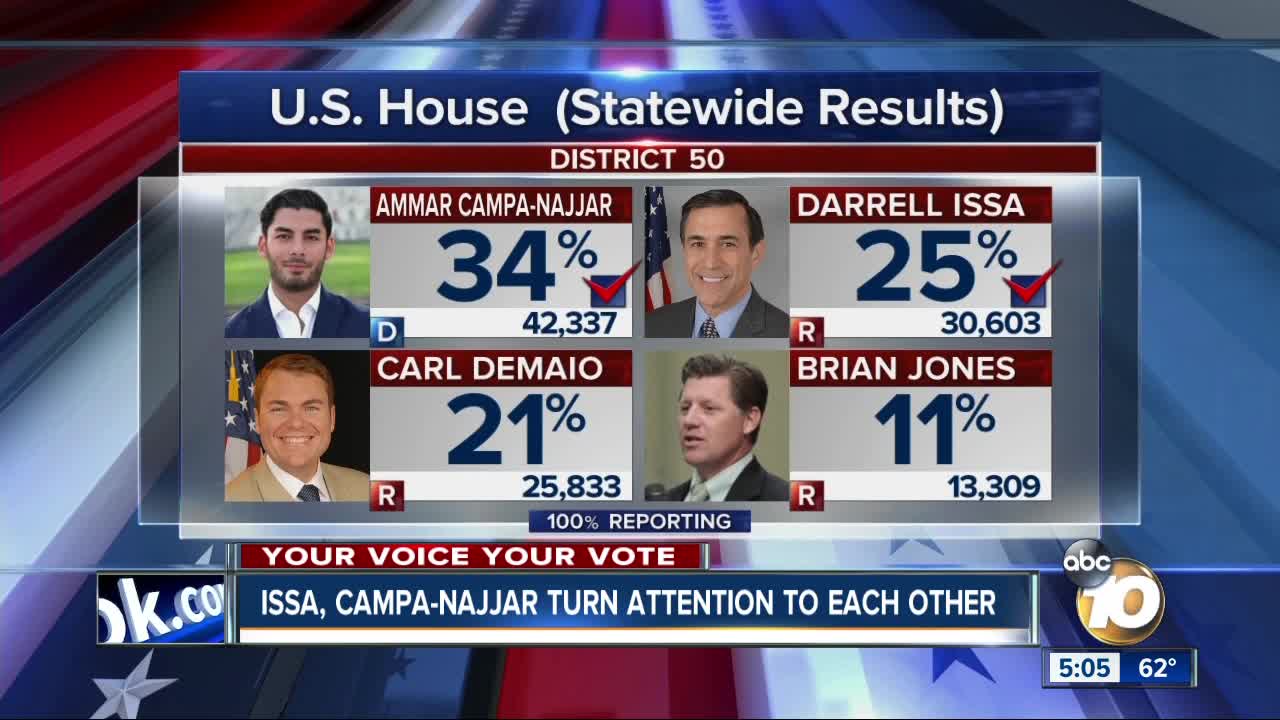 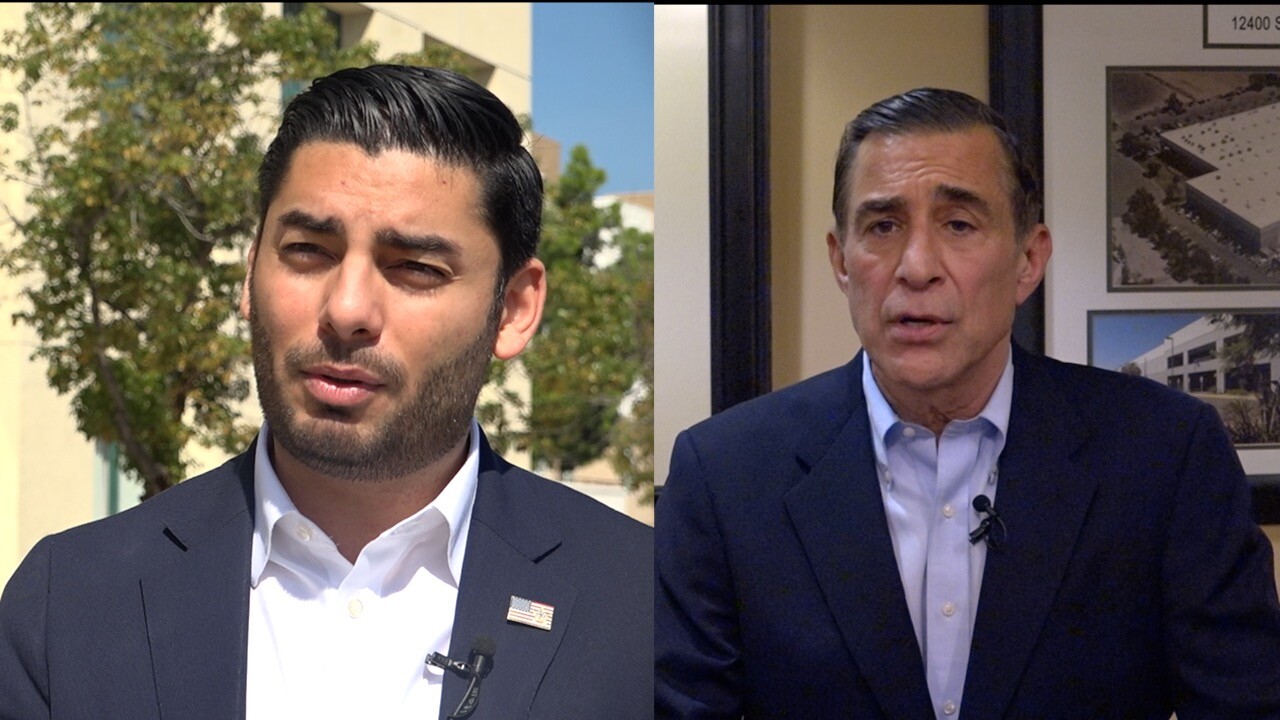 SAN DIEGO (KGTV) — After a bitter primary, voters are getting a clearer picture of who will move on in the race to replace Congressman Duncan Hunter in East County's 50th Congressional District.

With 100 percent of precincts reporting, Campa-Najjar had 34 percent of the vote; Issa had 25 percent, former San Diego City Councilman Carl DeMaio had 21 percent, and State Senator Brian Jones had 11 percent. There are still about 350,000 provisional and mail-in ballots to be counted. It is unclear how many of those would include district voters.

Hunter resigned in January after pleading guilty to one felony count of campaign fraud. The seat has remained vacant since.

On Wednesday, Campa-Najjar and Issa began taking at aim at one another in anticipation of facing off in the November runoff.

Campa-Najjar pointed out at that Issa does not live in the 50th Congressional District, and said he was part of an older political establishment.

Issa represented the neighboring 49th District until 2018, when he decided not to seek re-election. It then went to Mike Levin, a Democrat.

"He's been going around the county trying to find a seat for himself. He fled his own seat and now wants to run in this district. It's not up for grabs, it's not for sale. We're going to vote for someone who is from the district," Campa-Najjar said.

Meanwhile, Issa said he is very connected to the 50th District, and has represented swaths of it in the past.

Issa said Campa-Najjar is running in the wrong district because his positions do not fit with its conservative ideals.

"At the end of the day, I can't take him as seriously, as long as he isn't voting for a Republican speaker that's going to, in fact, move a conservative, positive agenda, which I will," Issa said.

Campa-Najjar is pitching a moderate agenda that he says can bring together those who are both pro-choice and pro-life, and those who are pro-and anti-gun rights.

While Campa-Najjar took in the most votes Tuesday, he did so as the only active Democrat in the race (Marisa Calderon, a Democrat, got about 5 percent of the vote but had dropped out earlier). Add up the Republican votes, and Campa-Najjar loses. That does not bode well when he faces one Republican in November.

"That would say, 'Hey, politics is going to go back to normal, if that's what we see in a month (when final votes are counted),'" said Thad Kousser, who chairs the political science department at U.C. San Diego.

The primary ends a bitter campaign period in which Issa and DeMaio took out blistering ads against each other over who was more loyal to President Trump. Issa said Wednesday he does not expect that level of vitriol against Campa-Najjar, and complimented his enthusiasm and vigor as a candidate.

In a statement, Carl DeMaio's spokesman said the campaign is waiting to make sure all ballots are counted.