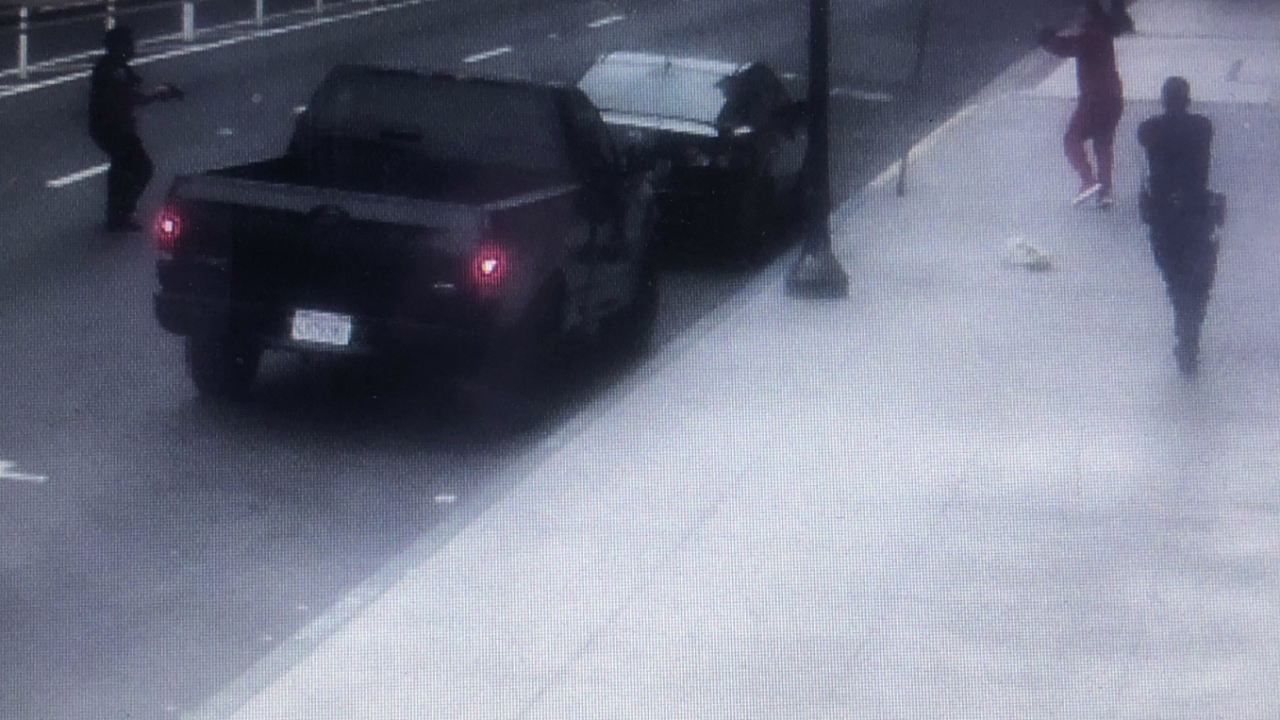 Monday, SDPD said he was in the ICU with life-threatening injuries.

“I'm asking for SDPD to put an aggressive plan together to ensure that [with] any officer-involved shooting that within 48 hours to 72 hours a video from the body worn camera footage is released,” said Rev. Shane Harris with the People’s Alliance for Justice.

Body camera video released on Sunday by SDPD shows the moment leading up to Saturday's shooting. Police said they were patrolling Downtown when they saw Leonardo Hurtado Ibarra in a red jumpsuit and recognized he was wanted for a robbery.

From a street camera, Ibarra is seen reaching in his waistband and raising his arms toward officers. Under Ibarra, body camera footage shows what police said was a gun wrapped in a bandana.

“They went in guns blazing and this is not the training that they have,” said community activist Tasha Williamson on Monday. She added that the police should have called for back-up before the confrontation.

“People are saying he pointed the gun at the officer and we're simply saying how is that because the officer on video show him running sideways behind the suspect to a cover which was the vehicle,” she said.

“They used verbal commands. They followed what their training is and they did an exceptional job,” said former SWAT commander and lethal force instructor Ray Shay when he spoke to ABC10 News on Sunday.

“It's unfortunate the gentleman was shot but you'll see that the police officer- after shooting the suspect and getting him handcuffed- immediately calls for an ambulance and here are these two young officers doing CPR to try to save the life of the man who just tried to kill them,” he added.

“We want a whole perspective of a situation. Not a half-perspective,” added Harris.

ABC10 News asked SDPD about the calls for reforms and we are waiting for a reply.

SDPD is still investigating Saturday’s shooting. An SDPD spokesperson said the officers involved are on paid administrative leave which is standard protocol.