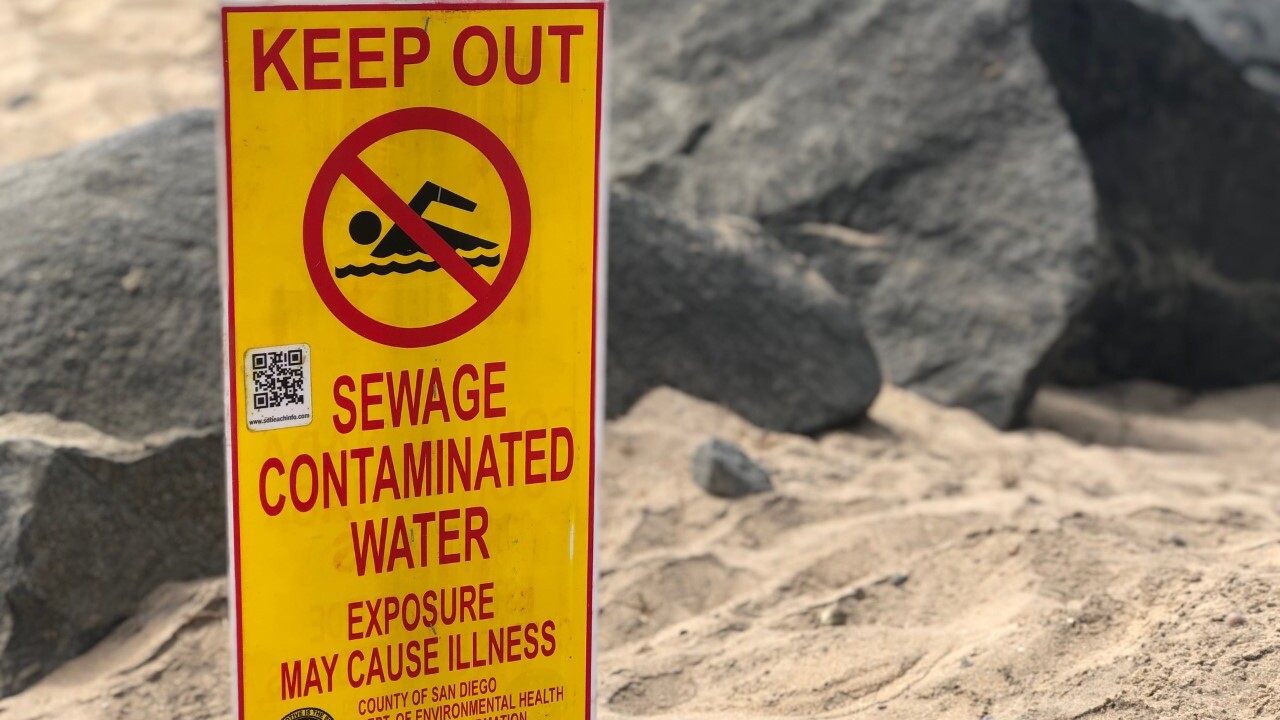 The Surfrider Foundation’s San Diego chapter and local leaders gathered to throw their support behind H.R. 3195, a bill Rep. Mike Levin is supporting that would permanently and fully fund the Land and Water Conservation Fund (LWCF).

"We need money, we need action, and we need it now," said Port of San Diego Commissioner Rafael Castellanos. "It's about our land, it's about our water. This is the public's land, and if someone was doing this to your private property, you wouldn't stand for it."

The fund is meant to safeguard federal public lands and waters, something Castellanos said isn't being done for the Tijuana River National Estuary, when it comes to the constant sewage spills across the border.

Castellanos said it's simple -- they're fighting the federal government to stop the toxic sewage coming across the border, contaminating local beaches.

He said the most recent frustration was the three-million-gallon spill earlier this week. Signs have been put up across Imperial Beach, warning people to stay out of the contaminated water.

"It's not just sewage," he said. "We're talking about a toxic cocktail of heavy metals, cyanide, arsenic, pesticides, herbicides and other volatile organic compounds and other pollution."

The group at the rally believes the problem starts with infrastructure repairs in Mexico.

"We're talking about plumbing, right? At the end of the day, we're not sending a rocket to the moon here, we just need money and action," Castellanos said, adding that San Diegans should contact their elected officials and urge them to call for a change.

Many Imperial Beach residents, like Eric Syverson, are fed up and disgusted with the constant spills. Syverson said he hasn't touched the water since 2017.

"Last night, unbelievable odors and smells," said Syverson. "It's been occurring all summer and my contention right now is that this water which sits in my neighborhood under the storm drain is as polluted as that ocean water, if not more."

In the coming weeks, San Diego leaders, including San Diego Mayor Kevin Faulconer and Imperial Beach Mayor Serge Dedina, will visit Washington, D.C., the sewage spills will be a topic of discussion as they try to call for action.